Home > Generosity > Empathy With The Enemy
Imagining what it is like to be someone other than yourself is at the core of our humanity. It is the essence of compassion, and it is the beginning of morality. --Ian McEwan

Empathy With The Enemy 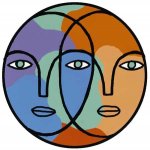 Mar 2, 2015-- "If empathy is truly to take its place as a central value in contemporary culture," says author Roman Krznaric, "we need to put it to the test in the most difficult situations...We must extend our empathetic imaginations not just to the dispossesed or disadvantaged, but also to those whose views and actions we might oppose or disdain...That is how empathy can become both a moral guide and a basis for a philosophy of living." Roman Krznaric challenged the limits of his own empathy by visiting and opening his heart to people who he felt were responsible for immense injustices and the suffering of entire communities. What he learned about the humanity in all surprised and challenged him. Read on to learn about his courageous journey. (23495 reads)

Read Full Story
What's your reaction? inspiring fascinating courageous hopeful
Take ActionIs there someone in your life whose views and actions you oppose or disdain? Practice seeing the world through their perspective, because only when we truly understand the world through others' eyes can true progress occur.

The mirror reflects all objects without being sullied
Confucius

We've sent daily emails for over 16 years, without any ads. Join a community of 159,687 by entering your email below.