The Myth of the Risk-Taker 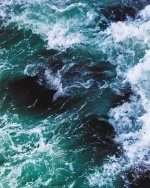 Jan 19, 2018-- What is the one common attribute that's consistently found among wildly successful people? Money? High education? Lucky breaks? According to Adam Grant, a psychology professor, best-selling author, and researcher in the realm of originality, a love of learning is the key to finding success. It all starts with curiosity. To challenge what is already the norm. To go against the grain and put our energy toward invention and discovery, requires a fascination with the unknown. It requires trying again and again, until originality in a world full of conformity can be found. What about risk-taking? Should we also teeter on the edge of uncertainty and instability? Some interesting evidence suggests otherwise. Success and creativity don't have to mean huge risks. For the full conversation on non-conformity, creativity and success, read on. (11840 reads)

Read Full Story
What's your reaction? inspiring fascinating courageous hopeful
Take ActionIs there something in your life - any system or way of doing things - that you're only doing because that's the norm? Have you wondered about another way? And what you may be able to create if you step away from normality, into originality?