Home > Generosity > Tell Them What We Have Learned Here...
We should be willing to act as a balm for all wounds.
Etty Hillesum

Tell Them What We Have Learned Here... 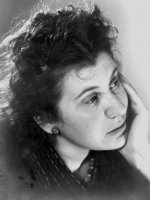 Dec 7, 2021-- "There has been an emerging awareness of a body of work that arose during the Second World War. Fragments of it have been known for some years to disparate groups of academics and their students, but it is as if now, in the 21st century, these writings are forming themselves into a body, steadily enjoining us to give them our attention. The group has become known as the 'Death Cell Philosophers' and includes, among others, such writers as Simone Weil, Etty Hillesum, Dietrich Bonhoeffer, Edith Stein [...] these people did not know each other; it is possible that Edith Stein and Etty Hillesum crossed paths at Westerbork transport camp, but if so no record of their meeting has been found. But all were concerned, in diverse ways, to document transformation as it happened to them in the crucible of mid-20th-century Europe, in the years 193245, and to pass on what they had learnt. The form these writings took was neither memoir in the usual sense, nor history, nor fiction; possibly the word 'chronicles' could help to describe these records of passage, of change from one state to another, in the context of the extreme pressure that came with the war." Martha Cass shares more about this remarkable group of 20th-century thinkers... (2661 reads)

The eternal mystery of the world is its comprehensibility.
Albert Einstein

We've sent daily emails for over 16 years, without any ads. Join a community of 166,016 by entering your email below.