The following article is based on an Awakin Call interview with Teri Delane.You can listen to the recording of the interview or read the full-length transcript here. 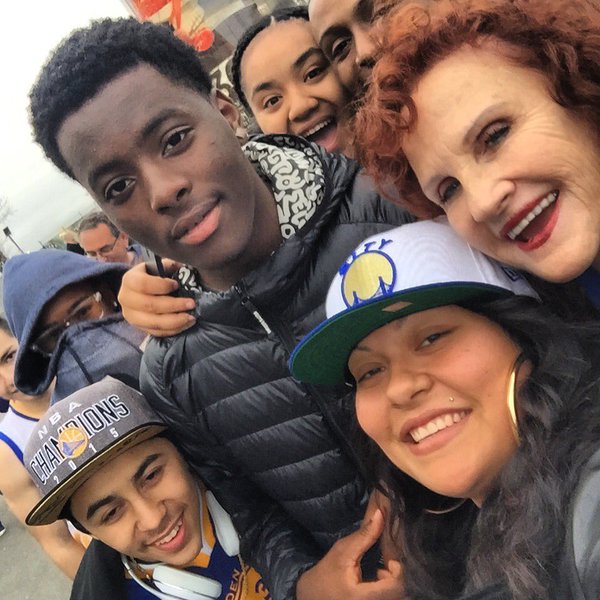 Founder and principal of San Francisco’s Life Learning Academy, Dr. Teri Delane says that the success of the school that serves the city’s highest-risk, highest-need students can be replicated.  The school tracks a 99% graduation rate with 85% of the students going on to college.  The kids that do so well here are the kids with histories of school failure, truancy, arrest and substance abuse.  The ones that traditional school settings can’t provide for.

Having the right people in place is key to recreating the success and structure of the Life Learning Academy.  “It is a process that anyone can replicate if you get the right group of people that are dedicated to wanting to do it,” said Delane.

The process Delane describes has it roots in the Delancey Street Foundation, a well-known San Francisco-based self-help program for drug addicts and ex-offenders.  Delane, who earned two Master’s degrees before going on to pursue a doctorate in clinical psychology, has first hand experience of the Delancey Street program - entering the program as an addict herself.

She started using heroin when she was just 14.  She stopped going to school after ninth grade. By the time she was 20, she had overdosed three times, in addition to getting arrested for ‘all kinds of things’.

Delane learned more than how to stop using drugs at Delancey Street.  She learned about being part of community and how to trust. “The Delancey Street Foundation saved my life by surrounding me with people who would not allow me to fail,” she said. “The process is taking a person and giving them the tools necessary to live by, thrive by, to grow, to push you to your best potential, to pull out your strengths instead of always concentrating on your weaknesses,” she said.

Delane got involved with running and developing programs for incarcerated men and women that were offshoots of the Delancey Street program while earning her PhD.  A chance to work on a juvenile justice reform project as an advisor was pivotal.  ”My heart and soul has always been youth because I was someone that got it and I desperately wanted to have an impact on changing kids.  Because I know that if you get in early and really work on them and help them learn to trust, they can change,” she said.

Research for the juvenile justice reform project revealed that the educational needs kids at risk for dropping out, substance abuse or criminal activity where not being met.

“We did research for over a year on the needs of at-risk kids in San Francisco.  In certain neighborhoods, we started programs like Community Assessment and Referral Center, an agency that takes kids when they get arrested and finds ways of diverting them rather than locking them up,” she said.  “The idea about developing this school came up when Mayor Willie Brown contacted Delancey Street because the juvenile justice system in San Francisco was falling apart.”

The Life Learning Academy has its roots in the Delancey Street model.  Delane incorporated practices of the program that would could be integrated into a school environment:  creating community, engagement, leadership, dress code and working toward rewards.

And she trains her teachers and staff.  “It takes training to help people understand the complexity of teenagers.  The way to engage them is a push and pull process.  You give them a little and you take a little.  I train the staff to teach the kids how to think about their thinking so they can tune in and help them understand that have control of themselves, but it takes a long time to change that.  The kids are so engrossed in negative thinking and believing that they are failures.  What you need to know about teenagers is that they push against structure and crave it at the same time.””

Delane knows the background of each student and shares that with the staff.  Taking into account a student’s home environment, or even lack thereof, is key to understanding the behavioral issues that some of the student’s may have.  Even so, the Life Learning Academy does not rely on counseling and has no counselors on staff.  “We don’t need them,” she says, and recalls her own experience as an at-risk student in a traditional school system.  “I was sent to counseling because I was acting out in school.  No one said, “Wow, I get it.  Her environment and her family are complete disasters.  Now wonder she is angry, no wonder she is fighting.”  It wasn’t me that had the disorder really; it was the family system.”

“The way I changed wasn’t through traditional therapy.  It was by coming into an organization with people that helped me find my strengths, who yelled at me about the things that were going to get me in trouble and who kept me moving forward,”  she said.  “Because the kids keep having to go back into their family environments I want to teach them tools to make them stronger and not take them back through their history.  Not to open them up but to empower them.  They may go home to a horrible environment, but they spend a lot of their waking hours in a positive, fun, exciting place.  Kids know that they can come in in the morning, be in a bad mood and people aren’t going to be on them and we will notice they are in a bad mood.”

Life Learning Academy has grades 9 through 12.  There is a 6:1 teacher-student ratio.  Class periods are longer than a typical high school class - typically an hour to two hours

which allows the teacher to engage with each student and to lead interactive activities.

A daily community lunch is prepared and served by students in culinary arts working alongside the school chef.  A weekly rotation of assigned tables allows the kids to eat with three or four different classmates and staff members.

In addition to Culinary Arts, the curriculum includes Engineering, Organic Arts and Digital Media.  Students are expected to take part in community service projects, internships and even to pursue part-time jobs.

And woven through it all is Delane’s philosophy of  ‘each one, teach one’.  “What we do at the school is a circle around the kids with a number of things that have to be included in their lives in order for them to have a full life:  education, a job, having money and a portion of the circle has to be learning how to give back,” she said.  “I  teach that the way you get is by giving.  Not by

sitting around talking about your problems. We don’t stay stuck in our past.  What we do is work through it, let it go and move on.”

All the students know Delane’s background, see what she has accomplished and witness her giving back every day.  And they know that the way she moved on from a troubled life is what they are learning at LLA.  That realization allows trust to gain its foothold.

“I think I am really lucky because I have never forgotten where I come from,” Delane said.  “And as a result, I have gratitude to the ends of the earth because there is no better feeling in the world than watching kids become part of this community and start thriving and growing.”


Based on an Awakin Calls interview. Awakin Calls are weekly conference calls that anyone from around the world can dial into at no charge. Each call features a unique theme and an inspiring guest speaker. MJ Vieweg is an Awakin Calls editor with a background in community journalism and social media, she is drawn to crafting stories that both inform and inspire readers.

We've sent daily emails for over 16 years, without any ads. Join a community of 246,282 by entering your email below.