The 12-Year-Old Who Brought Education to His Community

For the nomadic community of Narikuravars in Tamil Nadu, the only mode of livelihood comes from selling beads on streets or worse, begging.

Amidst the various ostracised communities in the state, Narikuravars are a marginalised group who continue to be shunned from mainstream society and have no access to primary opportunities like that of education and employment.

However, one young boy’s perseverance in making the world a better place for his community has not just earned him the tag of being the flag bearer of the Narikuravars, but also the nomination for this year’s International Peace Prize for Children.

He has achieved this by convincing about 25 other children to follow the path of education to change the fate of their community. 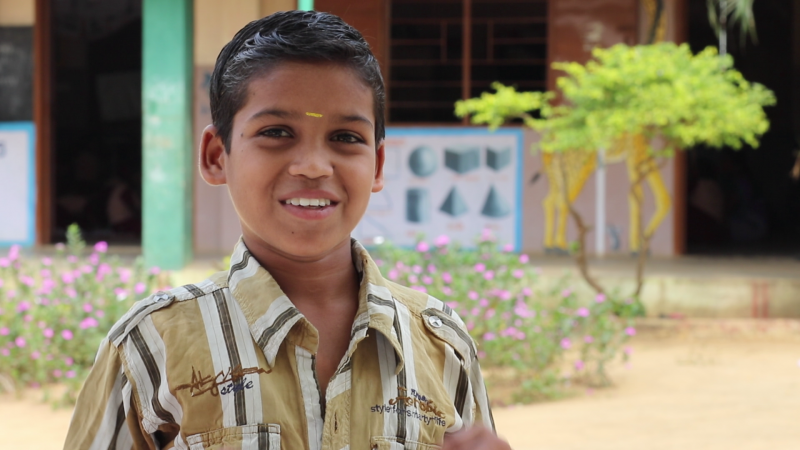 One cannot entirely claim that the children in the community have no access to schools or education. In fact, many had been inducted in local government schools by their parents. But they eventually dropped out following repeated abuse and ill-treatment from the staff owing to their nomadic lineage.

One amongst five children, Sakthi Ramesh, had also been a victim of similar treatment in various government schools that he had been admitted to. He was only eight when he decided that he could not take the denigration anymore and left school.

Failed by society, he could only envision a life doing nothing but sell beads—just the way his community had been doing, generation after generation. But life had something else in store for the 12-year-old.

In 2014, when the opportunity came knocking in the form of an intervention by a non-profit organisation, little did Sakthi know that soon he would end up playing a catalytic role towards the betterment of his community. 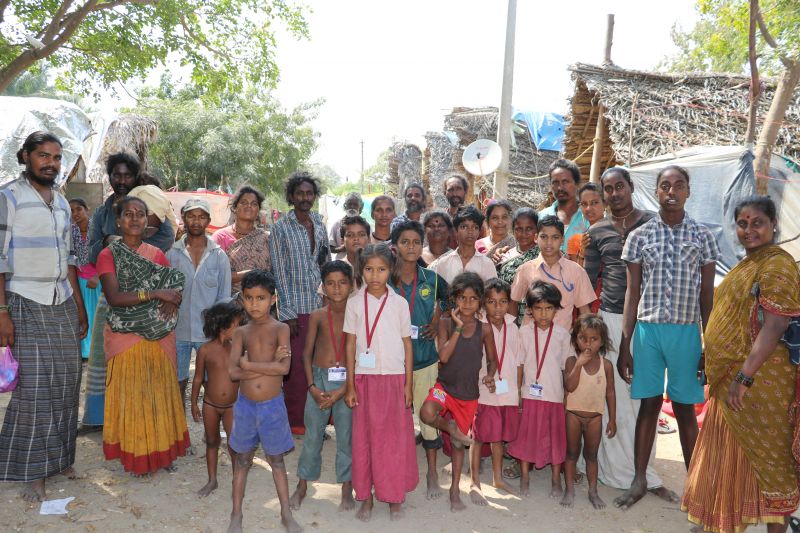 Hand in Hand India, which works towards eradicating poverty through education, job creation and integrated community development, has a dedicated programme under its wing where dropouts and child labourers are identified and motivated enough to continue their education through residential special training centres (RSTC).

Approaching the Narikuravars with the aim of inducting dropped out children in the programme, the organisation was met with a lukewarm response. Only a few families volunteered to send their children, including Sakthi’s.

Still scarred by the ill-treatment that he had been subjected during the initial days of schooling, Sakthi was quite apprehensive about the programme initially.

“However, the academic regime brought about a drastic behavioural change in Sakthi. The positive learning behaviour exhibited by him at the RSTC paved the way for him to embrace school with open arms,” says Deepa, a member at Hand in Hand India.

Sakthi soon realised that only with education, would there be an end to their community’s adverse living conditions. 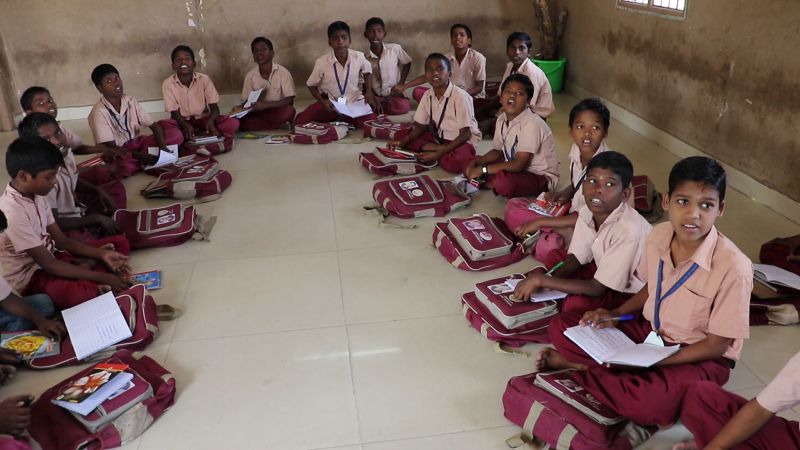 And thus, he took charge and began advocating the importance of schooling to every other child in his community along with their parents.

“I would make a point to personally meet the elders and stress on the need to evolve with the world and that their children would not want to burn their heels in the hot sun and spend their nights on the pavements in future,” says Sakthi.

He would further motivate the folks by narrating his experience at RSTC if that could influence the parents to send the kids to the institute, where they were entitled to provisions like new clothes, soap and water to bathe and four square meals a day.

“Every time I used to visit my native place, I would ask my community people to recount the changes that they saw in me, and some would reply, ‘you look clean and well-dressed’,” he remembers.

Though he tried coercing many of his friends to resume studies, Sakthi would more often find dissent.

“I had even gone to the extent of forcing them to join the institute. Instead, they would ask me to come back and resume selling fancy wares on the streets for they believed that studies and school were of no use and only tact and trade was required to eke out a living,” he sadly states.

However, his persistence did not go entirely wasted.

Motivated by the visible change in Sakthi’s visage and mannerism, many parents began to acknowledge the importance of education and wanted their children to have the same benefits and privileges too. 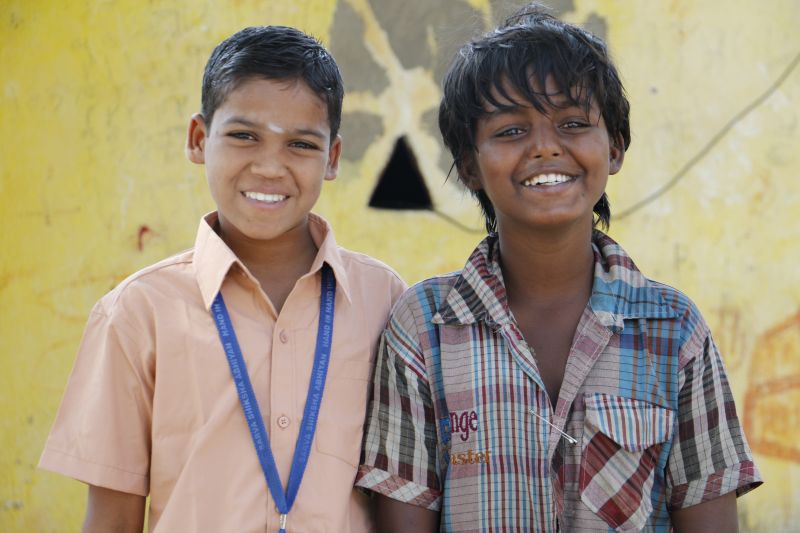 Sakthi with a friend. Courtesy: Hand in Hand India.

Today 25 students from Narikuravar community are turning a new page in their lives, thanks to the unfaltering resolve in Sakthi. Understanding the gravity of his achievement, given the difficulties that the volunteers face while convincing the families, Hand in Hand took the step forward and nominated his name for the international award.

As of being nominated for such a prestigious award, Sakthi, who is the youngest amongst all 169 nominees, does not seek any recognition for his efforts and is solely motivated by the goodness of his heart. For him, the goal is to uplift his entire community towards a better life.

Having achieved this, Sakthi does not intend to wind up his mission anytime soon. 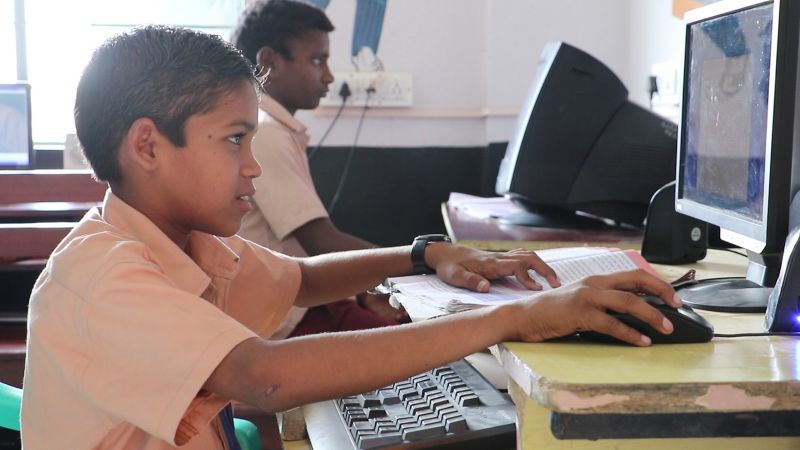 He aspires for the day when every Narikuravar child would have access to education and can pursue it without any obstacles on the way.

“Just the way I was able to convince these children, I’m sure that each one of them would convince relatives and friends in their own hometowns. Just because it takes time doesn’t mean it is impossible. From no kids from our community to 25 today, tomorrow it could become 50 as well,” the young role model hopes.

Sakthi aims of becoming a software engineer when he grows up and works hard for his family. “I don’t want to see them suffer any more for a livelihood. When I grow up, I want to be successful enough to be able to provide for my parents,” he adds earnestly.

The above interview originally appeared in the "unsung heroes" section of The Better India. The Better India is an attempt to bring out the happy stories, the unsung heroes (and heroines!), the small good deeds, and showcase them to the world. Over here, you will read about the incremental progress being made by the people of this country, the developments happening on the social and economic front. Shuttling between existentialist views and Grey's Anatomy, the author Lekshmi Priya S has an insanely disturbing habit of binge reading. An ardent lover of animals and plants, she also specializes in cracking terribly sad jokes.

Every man's memory is his private literature.
Aldous Huxley