Home > News > The Problem with the Paradigm of Urgency

The Problem with the Paradigm of Urgency

Excerpted from The More Beautiful World Our Hearts Know is 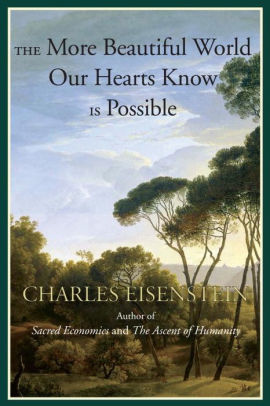 A year or two ago a young man confronted me at a talk in Florida. I’d been describing my view that the paradigm of urgency, heroic efforts, and struggle may itself be part of the problem; that it comes from the same place of scarcity and domination as the conquest of nature; that coming from that place, we might blindly create more of the same. Instead, I suggested, we might try slowing down, perhaps even doing nothing sometimes. Instead of holding ourselves to a high standard of revolutionary asceticism, we might approach life in a spirit of ease and play. Perhaps from this place our creative energies can bring about something truly new for civilization.

The man said something to the following effect (embellished here with words from my own inner critic):

How can you propose sitting still even for one moment? Now is a crucial time for action.  Don’t you know that even as we sit here in comfort, U.S. agents are abducting innocent people and sending them off to be tortured? Don’t you know that even as we speak, huge factory farms are slaughtering animals and pumping their wastes into the waterways? It’s all very well for you to blather on about changing our cultural stories, but there are children starving out there. What will you say when one of them asks you what you were doing on that Saturday afternoon when the paramilitary killed his family? How can you live with yourself if you haven’t devoted every waking moment to justice on Earth? There is no time to waste. There is no time for indulgences. There is no time for sitting around talking, no time for watching films, no time for play. If there were thugs torturing and raping young girls on that lawn over there, we wouldn’t be sitting around talking about things, we wouldn’t be holding workshops on reclaiming play, and we wouldn’t be setting up “compassionate listening posts.” We would go stop them. Well, that is happening right now, just a little out of sight, and because it is invisible you act is if it were not happening. I’m sorry, but I’m afraid all of this talk is nothing but rank hypocrisy. Your lifestyle is complicit in every way with the ongoing pillage of the planet, and you imagine that your words somehow excuse you from guilt.  Stop pretending, get off your ass, and do something about it.

I would like to contrast this view with that of a Dogon tribal elder whom my friend, Cynthia Jurs, asked about urgency. Cynthia was in Mali to conduct an Earth Treasure vase ritual for peace and ecological healing. She asked him about the threats to the planet—deforestation, climate change, etc.—as well as threats that encroaching powers were presenting to his tribe and way of life. “Don’t you feel urgency to do something about it?” The man understood very well the threats and knew that something is out of balance in the world, but he said, “you don’t understand. Urgency isn’t something we have here.”

My friends, who is the wiser, this “primitive” Dogon elder or the young man in Florida? Is this another case where civilized man with his clocks, calendars, and linear scarcity-based thinking knows better? Do we need to school the Dogon? Or could it be that the key to our redemption cannot be found among the modes of being in which we, the civilized, are fluent? Could it be that we have something crucial to learn from the indigenous? Could it be that our only path out of this mess is, as Martín Prechtel puts it, to recover our own indigenous soul?

If  there were a child being abused in the room next to me, it is true, I would not be writing these words right now. I would be acting bodily, and I would know exactly what to do. But to map that onto our present macroscopic circumstances would be a false analogy, because on a global scale, we do not know what to do.

If my brother is starving, I will give him food. Millions of my global brothers and sisters are starving, but I don’t have enough food to give to them all. And even if I did, I study the economics of food aid and how it sometimes creates dependency, fuels nepotism and warlordism, and destroys local food production, and the right response becomes less clear. A Marxist would say that alleviating hunger through food aid merely obscures the true source of the problem and perpetuates the underlying injustice.

When we know the true cause of a problem and what to do about it, then everything the young man said is true. That is the time to act, and perhaps to act urgently. But when we haven’t penetrated to the true cause, or when we don’t know what to do, then it might be counterproductive to jump into action. The young man’s words might actually apply to himself: the appearance of frenetic action placates the conscience, creating the illusion that one is part of the solution, but are these actions doing any good? Imagine someone heroically waving a fire extinguisher at a giant inferno—maybe at such a moment words and not “actions” are the best action; maybe it is time to gather some help. And what if we don’t know what kind of fire it is? Electrical, grease, wood? And what if there are fires everywhere, some more advanced than others? And what if there are children in some of the houses? And what if three-quarters of the people don’t even believe that their houses are on fire? What if putting out the fire is hopeless, and it would be more useful to give it up and design better houses instead?

Could it even be that our urgent scurrying to solve one problem after another is stoking the fire? Perhaps global warming is a symptomatic fever of our hurrying.

After all, why is global warming happening? There are the proximate causes: the burning of fossil fuels, and the assault on the forests and biodiversity that maintain climate homeostasis. And why are these happening? It is all in the name of efficiency: labor efficiency (doing more work per unit of labor) and economic efficiency (maximizing the short-term return on capital). And efficiency is just another name for getting it done faster.

One might wish to think that there is good hurrying (to save the planet) and bad hurrying (to use machines to get things done with less work), but maybe the underlying mindset behind both kinds of hurrying is the problem. This mindset is one of the habits of separation, the next theme of this book.

There is a time to act, and a time to wait, to listen, to observe. Then understanding and clarity can grow. From understanding, action arises that is purposeful, firm, and powerful.

But wait. For the Marxist, the understanding might be that hunger is a consequence of capitalism, but the action isn’t so obvious. How does one “overthrow capitalism”? Even for the non-Marxist, it is abundantly clear that the financial system is deeply implicated in hunger and, for that matter, in most of the world’s ills. So, what “actions” are necessary to change the money system? Furthermore, as I describe in Sacred Economics, the money system itself rests on a deeper foundation: the dual myths of separation and ascent. How do you change the defining mythology of civilization?

I would like to propose that the reason our actions have been so manifestly unsuccessful in steering the world away from its present collision course is that we have not, generally speaking, been basing them on any true understanding.

I would not be writing this book if the Endangered Species Act, Clean Air Act, and Clean Water Act of the early 1970s had been followed by even more powerful legislation here and around the world. I would not be writing if our awakening to racism and social inequality in the 1960s had transformed our economic system. I would not be writing if the scientific realization of global warming had led to a swift reversal of fossil fuel consumption in 1980 (rather than its continued growth). The ruin of planet and people has not halted nor even slowed down. Whatever strategies and tactics we have used have not worked. The fire extinguisher hasn’t put out the inferno, nor has our shouting from the rooftops drawn much of a fire brigade.

It is quite natural to first apply familiar solutions to new problems. Perhaps only their failure awakens us to the idea that the problems are of a different nature than we supposed. In any event, we are arriving, many of us, at that place of not knowing what to do.

I have perhaps oversimplified things a bit. It is not that we spend half our lives in benighted impotence until we awaken to true understanding, purpose, and creative power. Instead, we go through phases when we believe in what we are doing, when life more or less makes sense, and when we hope and expect our efforts to bear fruit. And they do, for a time, but as we grow in that world we begin to question our assumptions. Our tools don’t work as well anymore; we cease believing in our goals or in the possibility of achieving them. We approach a resting phase, an empty phase. Immersed in a system that never lets us rest, that condemns laziness and pushes us toward ever-increasing busyness through economic pressure, we have trouble accepting this phase. We tell ourselves we must always be doing something. Time’s a-wastin’!

None of this should be taken as a rejection of action or a call for passivity. There is a place in this world for effort, for urgency. What I have described is much like a birth process. From what I’ve witnessed in the birth of my children, when the time comes to push, the urge to push is unstoppable. Here is the very epitome of urgency. Between contractions the mother rests. Can you imagine saying to her, “Don’t stop now! You have to make an effort. What happens if the urge doesn’t arise again? You can’t just push when you feel like it!”

“You can’t just do whatever you feel like.” “You can’t just do anything you want.” “You have to learn self-restraint.” “You’re only interested in gratifying your desires.” “You don’t care about anything but your own pleasure.” Can you hear the judgmentality in these admonitions? Can you see how they reproduce the mentality of domination that runs our civilization? Goodness comes through conquest. Health comes through conquering bacteria. Agriculture is improved by eliminating pests. Society is made safe by winning the war on crime. On my walk today, students accosted me, asking if I wanted to join the “fight” against pediatric cancer. There are so many fights, crusades, campaigns, so many calls to overcome the enemy by force. No wonder we apply the same strategy to ourselves. Thus it is that the inner devastation of the Western psyche matches exactly the outer devastation it has wreaked upon the planet. Wouldn’t you like to be part of a different kind of revolution?

Excerpted from The More Beautiful World Our Hearts Know is Possible by Charles Eisenstein, published by North Atlantic Books, copyright © 2013 by Charles Eisenstein. Reprinted by permission of publisher.North Atlantic Books is a leading publisher of authentic works on the relationship of body, mind and nature to create personal, spiritual and planetary transformation.

Live as you will wish to have lived when you are dying.
Christian Furchtegott Gellert