Danusha Lameris: Intimacy with the Marrow of Life

"What's gone/ is not quite gone, but lingers./ Not the language, but the bones / of the language.  Not the beloved, / but the dark bed the beloved makes / inside our bodies."  -- Danusha Laméris

Danusha Laméris’s poems have been called “wise, direct, and 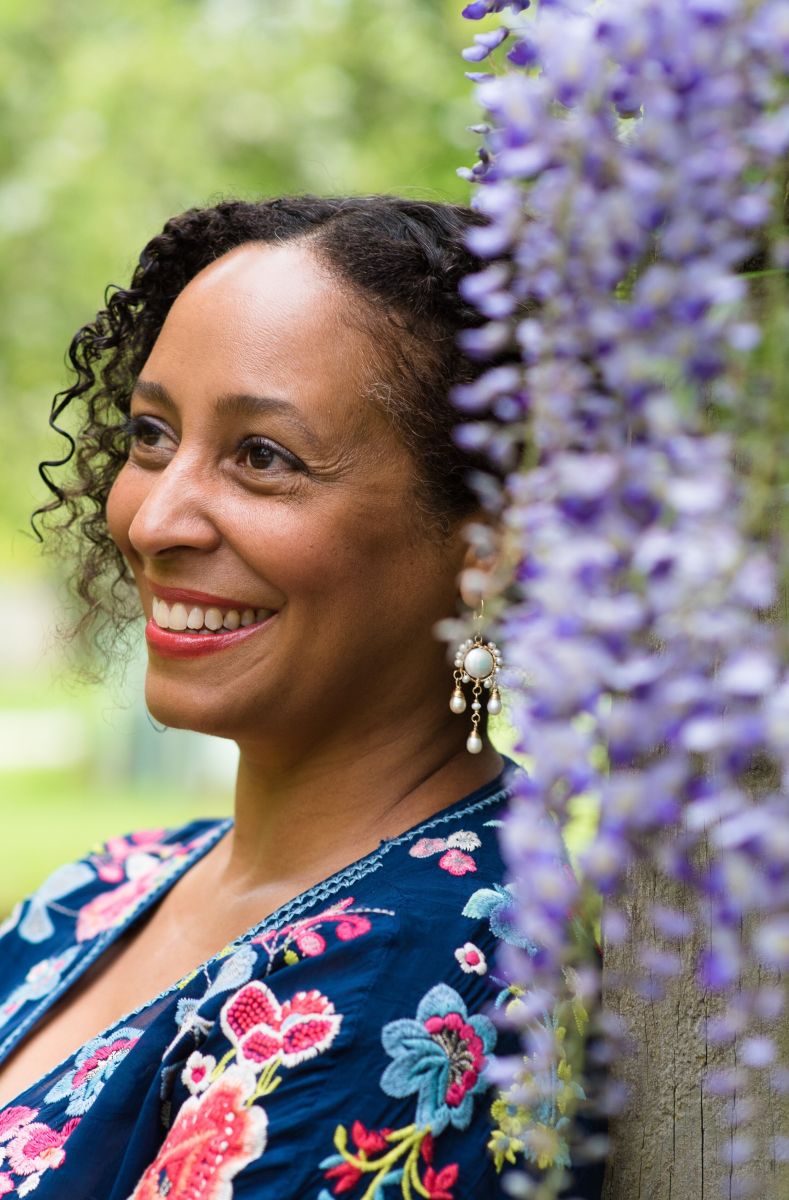 fearless” (American poet Dorianne Laux). She began writing poetry, as she believes many people do, from a place of heartbreak, and not knowing what to do with it. Her first book of poems, The Moons of August (Autumn House, 2014), came on the heels of a rapid succession of deep losses in her early 30s. “I’ve buried a lover, a brother, a son,” she writes early on in the collection.

Poetry allowed her to become “intimate with world and life, down to the marrow.” In the process, it enabled her to lay to bed some of the grief, freeing her to go to the edge of discovering joy and pleasure once again – at the place where grief and pleasure live together, in the body. Poet Naomi Shihab Nye says, “Her poems strike deeply, balancing profound loss and new finding, employing a clear eye, a way of being richly alive with appetite and gusto, and a gift of distilling experience to find its shining core.”

Poetic explorations of the ecstatic joy of the body and of somatic experience helped Laméris to move beyond grief. “Poetry is the body’s bright wailing against its limits,” she wrote in the title poem of her second collection, Bonfire Opera (U. Pittsburgh Press 2020). According to Colleen J. McElroy, “there is something waiting to be said, something to be revealed, as each poem draws us onward like a bird trying ‘to escape… throwing itself, again and again, against the stained glass.’ The bird and the ‘ghost child’ call out to each of us to ‘begin again.’"

And “begin again” Laméris seeks to do through her poetry. “There was something really powerful about how loss operated in my life …. And so the process of beginning again is really a daily process. […]How do I begin again, how do I in a way become innocent again. So I think that’s the ongoing life story.” She believes a poem isn’t done until it’s changed her somehow. “I don’t want to be exactly the same person I was when I start out to write the poem.” She might write and re-write a poem for 10 years, because she is dedicated “to seeing where the poems will bring me” in terms of actually changing her life.

Laméris has said that all writers tend to have the same irritant in their life – an irritant that underlies multiple works. She describes her own irritant as grief – which she experienced again and again – leading her to contemplate: how do you deal with loss? She sees herself “as someone who lost my innocence early. Who faced the death of a child, my brother’s suicide, a difficult childhood.”

Against that irritant of cascading grief is her solace – beauty, and being a creature in a body. “Now I put my faith in what is unfinished. Off-center. A kind of psycho-spiritual expression of Wabi-Sabi, the Japanese aesthetic concept of admiring that which is worn-in, imperfect, altered by time. If we can praise what is flawed and tattered and half-done, we can praise so many things.”

Laméris was born to a Dutch father and a Caribbean mother from the island of Barbados. She was raised in the California Bay Area, spending her early years in Mill Valley, then moving to Berkeley, where she attended The College Preparatory School. Since graduating with a degree in Art from The University of California at Santa Cruz, she has lived in Santa Cruz.

The 2020 recipient of the Lucille Clifton Legacy Award, Laméris is a Poet Laureate emeritus of Santa Cruz County, California. She co-leads the Poetry of Resilience webinars and the HearthFire Writing Community with James Crews. She is on the faculty of Pacific University's low-residency MFA program. Her poems have been published in The Best American Poetry, The New York Times, The American Poetry Review, Prairie Schooner, The SUN Magazine, Tin House, The Gettysburg Review, and Ploughshares.

Her poem “Small Kindnesses” went viral during the pandemic, inspiring a follow-on collaborative poem by 1300 teenagers from around the world.

What Makes You Come Alive?

Oh! So many things. But especially writing poems, being with friends who make me laugh, and planting flowers for pollinators. I like to see myself as someone who pollinates--but mostly with words!

Pivotal turning point in your life?

So many here, too. But mostly giving birth to my son Santiago who was born with a genetic disorder (ie chromosomal difference) that meant he never walked, talked, etc, but lived for 9 years spreading love in his own special way.

I am overwhelmed every day by the smallest acts of kindness. yesterday, it was the way a man said "Bless you" when I sneezed! The kind way he looked at me. Once a man paid for the groceries of the next couple of people in line. I was one of them. Yesterday, a woman told me I was beautiful. I'm 51, so it counts more now! One act does not necessarily stand out more than another.

I don't have a bucket list! Or maybe I'm living it right now....

One-line Message for the World?