The other day my wife, Michele, was running errands with our sons and experienced something that quickly became a teaching moment about life.

She posted this story on her Facebook feed and I put it on mine. It took off.

The man in her story is Elwyn Caldwell. I found him by happenstance when I was going to the post office a few days later and spotted an old man wearing a veteran’s cap. I noticed a portion of his left ear was missing, a characteristic that fit the description given to me by my sons.

I asked him if a woman with two red-headed young boys gave him a lift the other day. He immediately smiled and confirmed my suspicion that this was the man in the story.
As parents we live in a world where we have to teach our kids to be untrusting of strangers. Simple acts of kindness get lost in translation as we search for balance between being safe and reaching out to help others.

My wife, a former newspaper reporter, always brings a tear to my eye when she writes.

I had one of those “difficult to explain” moments today with my sons. We were running into Walmart to pick up a couple last-minute school supplies when I spotted this elderly man walking up John Walsh Boulevard.

He had just walked up the steep hill from the Walmart parking lot and was struggling with every step he took. He was proudly wearing a World War II veteran hat….. And he reminded me of my dad. You could tell in his youth he was a strapping man, tall with broad shoulders. Clearly his 90 years had caught up with him. He was frail and disheveled… not disheveled for lack of caring how he looked…the kind of disheveled when your fingers and hands don’t work like they once did, so you struggle to button, zip, and shave.

I drove past him and then turned my car around in the parking lot. The boys asked what we were doing and I told them we were going back to pick up a man we had just passed.
“He’s a stranger,” they both said.

“I know,” I told them…. And it occurred to me that with all of the teaching about stranger danger and trusting no one, I was now going to have to try to explain something very difficult to them…

I pulled up next to the man and asked him if he would like a ride. His eyes lit up and the biggest smile came across his face. His blue eyes sparkled – and teared up a little – as he struggled to make it a few feet to my car.

“My car is being serviced at Walmart,” he said, “but I need to go to First Niagara Bank on Grant Ave.” What would’ve been a five-minute walk for us would have taken much longer for him… And he would have to cross a four-lane highway.

We got to the bank I told him I would wait for him and drive him back to his car. He was grateful. He was gone about 20 minutes and in that time Jack and Nick, who had been completely silent in the backseat, started to ask questions. I reiterated that they can’t trust strangers, regardless of how friendly they may look, and that it was never a choice for them to make at this age… to do what I had done…..until they were adults.
Then we talked about honoring the elderly… And veterans. They noticed he had some deformities common with age, crooked fingers and marks on his skin – a lot like Grandpa. They asked if he had been in the war with my father.

The man finally returned to the car and realized there were two little boys in the backseat. We started to chat and it turns out he knew my family. He talked a little about World War II and then he began to ask the boys questions about school. The three of them chatted effortlessly. It was clear he was lonely.

As I drove him back to his car he said, “I don’t know if I could’ve made it to the bank much less back. Walking up that hill, well, that took a lot out of me.” We chatted for a few more minutes, and he thanked us, got out of the car, and started to walk away. Then he turned one last time and nodded his head – as if to thank us one last time. I felt my eyes immediately begin to swell with tears as I thought of my own father and how difficult that would’ve been for him…. and how much I missed my dad. I realized how lonely this man was – and how talking to Jack and Nick probably made his day!

As I watched him walk away, my sons asked if I was okay. And when I didn’t answer right away, one of them said “that’s okay mom. We get it. We miss him too.”

They were silent for a few minutes as I composed myself….and then, instead of asking me about stranger danger, they asked something else. They wondered why, with all these cars passing this man on such a busy day on such a busy street, no one stopped to help him.

They do get it.

This article originally appeared in Kindness Blog, a sharing media featuring kindness in all its varied forms. This blog publishes images, videos, real-life-stories, personal reflections, quotes and other various media which all have one special thing in common...Kindness. The article is reprinted here with permission. 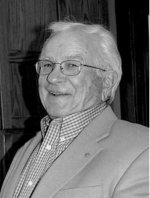