Home > News > Luc and the Lovingtons: Music as a Force of Love

Luc and the Lovingtons: Music as a Force of Love 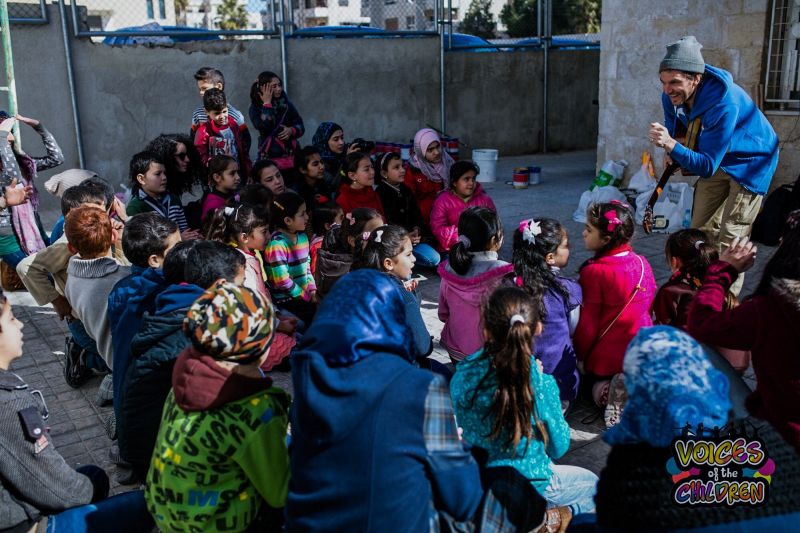 When you consider its synchronicities and various plot twists, Luc Reynaud’s life seems stage directed by the universe.  Perhaps it all started when at 6 years old he announced to his teacher Rayma Hayes that he was going to paint the moon.  “And what about the Earth, Luc?” responded Rayma, “What about all the other planets? What about the universe?” Luc felt an electric surge of energy through his body, as his teacher picked up a huge bolt of construction paper and unfurled it across the classroom floor. “Paint the entire universe Luc,” Rayma said, “I’ll help you.” For the next few weeks, Luc -- along with his friends -- painted the universe. It was a heady first taste of what it felt like to dream a big dream, hold a shared vision, and color it in with community.

Years later, in his small, hometown of Methow Valley, Luc took on a miniscule role in a theater version of “Grease.” When the lead actor playing Danny Zuko didn’t show up to rehearsal one day, teenager Luc joked aloud that he could substitute, since he came from a musical family and was familiar with the part. The directors took him at his word and put him in the starring role.

That inadvertent step into the limelight awakened Luc’s passion for theater and film-making. It led to his decision a few years later to pursue acting at the University of Washington. It was there that his path to self-discovery really began. During an acting class the instructor had students focus on their breath. Luc was hooked by the experience, and began to actively explore the practice of meditation. Through all this time his connection to music lay beneath the surface, waiting like dormant seeds in the desert for summer rains. The perfect storm came in 2002, when during a hitchhiking trip Luc bought a used guitar in San Francisco and discovered his calling. His love for music broke into blossom. He dedicated himself to honing his craft, but it would still be a few more years before he discovered music wasn't just something he loved.  Music could be a force of love.

Luc was working at a construction site in 2005 when he saw images of the havoc being wreaked by Hurricane Katrina. Unable to fathom that kind of suffering in his country, and so close to home, he went to his boss to ask for a leave of absence. Two days later he was on a flight to New Orleans with the Red Cross. He was assigned to a shelter in Baton Rouge. On a whim he’d brought his guitar with him. Five days into volunteering, he snuck out to a quiet spot behind the shelter for a “music break”. There already were two older men silently smoking cigarettes. Luc began to strum the chords of Otis Redding’s hit, “Sitting on the Dock of the Bay”. As if he’d flipped a switch, the two men began snapping their fingers to the beat, as their voices swelled with the lyrics. “They just took the song away,” Luc recalls in his 2012 Tedx Talk, “It was weird because that was the most alive I had seen anybody since I’d been down there…I remember I got the message immediately. I was like play music. Get out of yourself, and play music. It obviously helps.”

Luc began playing his guitar for the kids at the shelter. Eventually they began to develop their own lyrics and co-created  "Freedom Song". Then they toured the shelter with it. They played to evacuees who had lost so much so recently, but whose spirits could still be lifted, their burdens lightened, by the intangible power of song. Returning home, Luc couldn’t stop talking about these phenomenal kids and their music. It was his grandfather who told him he had to go back -- and record them. Soon Luc was on a flight back to Baton Rouge with four goals and no plans. Find the kids. Find a recording studio they could use for free. Get the kids to the studio. Record the song. [All this in the middle of a disaster zone]. Four days later, with a little bit of help from the universe, and a lot of kind strangers and his friend and eventual band member Benjamin Swatez, he had done all the above.

In 2010 after getting in touch through a MySpace account that Luc rarely checked, two-time Grammy award winner, Jason Mraz, re-recorded Freedom Song with Luc’s permission, and began to play it to audiences all over the world.  Thanks to the exposure Mraz created, the song would later be adopted as the anthem of “Free the Slaves”, an organization fighting against modern slavery.

In 2007, Luc formed his band Luc and the Lovingtons  -- with the intention to merge music and service. Luc and the Lovingtons is a world-soul-reggae band that uses a multi-sensory approach, mixing the colors of love with musical notes.  They definitely beat to a different drum. In 2014 they created a new format for touring called "The Goodness Tour Music and Art for People Facing Adversity." As the band put it, they wanted to “take music where it can’t be paid for, bringing free, live music and art to people facing extreme adversity.” The tour provides concerts to people in need and can be found at homeless shelters, youth crisis centers, hospitals, refugee camps and more.

Last year, the band collaborated on "Welcome to My House," a song and music video, with Voices of the Children. The video was filmed in a Syrian Refugee Camp in Jordan and also featured Syrian and American youth dancing in the United States.

Luc and the Lovingtons are currently working on their third studio album and preparing for an international tour promoting peace, joy and love. As they continue to paint the universe with the colors of music and community, they are showing the world that no matter what happens, or where, we can still dream and help others dream, we can still sing awake the spirit and harmonize across the divides. All it takes is tuning in to the stage directions of the universe – and the guidance of our inmost heart.

Join us for this Saturday's Awakin Call in conversation with this infectious musician-storyteller. RSVP here!

Awakin Calls are weekly conference calls that anyone from around the world can dial into or livestream. It is completely free, without any ads or solicitation. Each call features a unique theme and an inspiring guest speaker.