Tensions run high. Sides are polarized. Even attempts at neutral, innocuous conversations seem stymied and fraught. How can we reestablish connection in our fractured communities? How can we reengage in conversation? How can we move forward together into our shared future? In this Daily Good Spotlight on Finding Common Ground, we take a look back into past features offering advice on how to come together and consider some stunning examples of people who have been able to overcome seemingly insurmountable differences to find common ground. Key to establishing connections among people and within communities are improving communication, focusing on common passions, and forgiving each other. 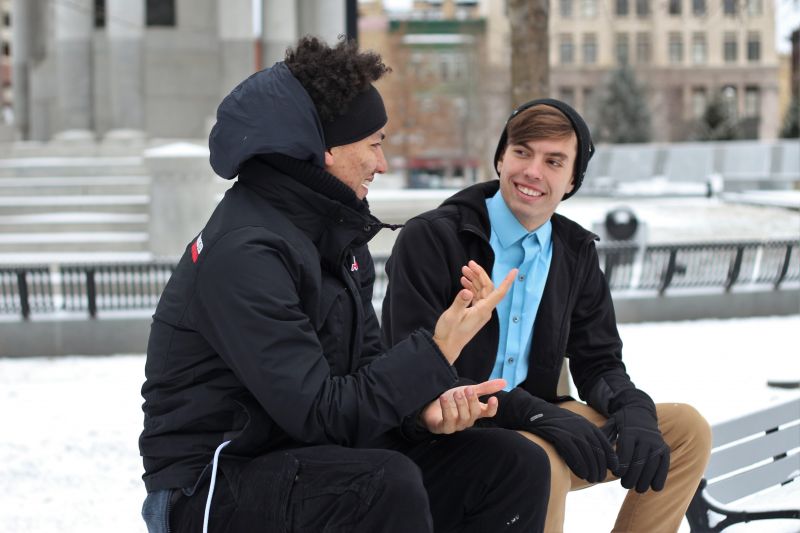 To find common ground with another person, we need to truly listen to each other, to  lay our weapons down, and to actively try to see things from another point of view.

Ohio Congressman Tim Ryan thinks mindfulness can help:  "It’s hard to be nice to somebody if you’re stressed out of your mind – when I’m short with someone or I’m not listening to them the chances are that my stress levels are higher than they should be. So to be able to calm yourself down a little allows you to listen to what the other person is saying, as opposed to preparing what you’re going to say next while they are still talking." He believes mindfulness "would start to change the way we look at the world and how we interact in our personal and political relationships. We might listen to each-other a bit more, and become a bit more creative and open to different solutions. Maybe this could even be the beginning of creating an alternative vision for what the country could look like, what our schools could look like if they really emphasized social and emotional learning, feeling safe, and managing our emotions as the first step to being a successful student.... Bringing a touch of mindfulness to turn down the heat a little can open up conversations where we actually sit down and think instead of just yelling at each other. A lot of people don’t understand mindfulness, but when you talk about slowing down and being in the present moment they get enthusiastic, across partisan lines. It’s about participating in your own health care, in education, in politics, and becoming more resilient, and there’s no reason why people should rule this out because it doesn’t fit into their political philosophy. As the Rev Jim Wallis says, we don’t have to go further to the left or right, we just have to go deeper, deeper into the water where we are connected rather than staying in the waves or the surface of our differences.”

And we have to be unafraid to ask questions and to learn more from people with whom we are unfamiliar.  Mansoor Shams is a 34 year old U.S. Marine. He's also a Muslim whose family immigrated to America when he was just 6-years-old. In "Ask Him Anything: This Muslim Marine Wants to Bust Myths About His Faith" from PBS News Hour, Shams travels to 4 western U.S. cities to combat prejudice and open up a dialogue about the fears and prejudices people may have about Muslims and immigrants, often finding common ground with those who stop to talk to him.

The more we view each other as people, rather than stereotypes, the more the channels of communication open and fear dissipates.  To truly understand another person, we must try to walk in their shoes, to see life from their perspective.  On this quest, we can look to some remarkable empathy role models from the past: St. Francis of Assisi, the son of a wealthy merchant, exchanged clothes with a beggar to truly feel what it was like to be poor. Beatrice Webb "stepped out of her comfortable bourgeois life and dressed up in a bedraggled skirt and buttonless boots to work in an East London textile factory." Her experience opened her eyes to the workers' side of the story. John Howard Griffin crossed the racial divide, eventually writing Black Like Me, a book that helped millions understand what it was like to be a person of color. He said: “If only we could put ourselves in the shoes of others to see how we would react, then we might become aware of the injustices of discrimination and the tragic inhumanity of every kind of prejudice.” Others have crossed cultural and age divides to experience for themselves what other people experience in their lives, transforming their own lives in the process into becoming advocates and agents of social change. 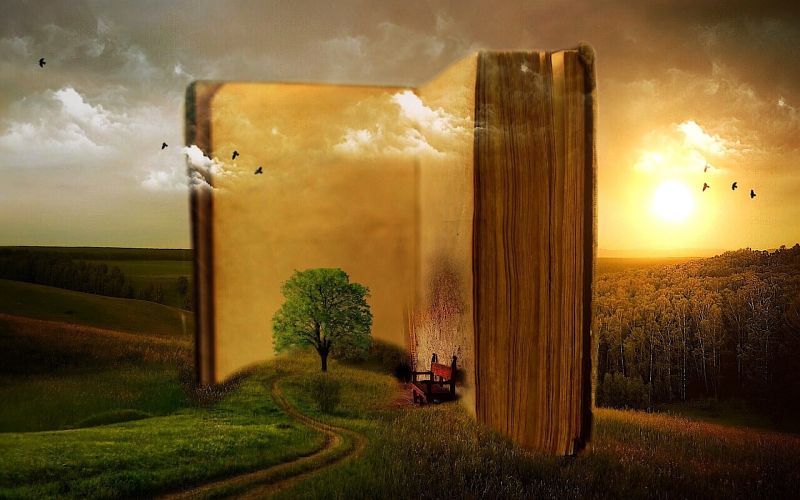 Sometimes we spend so much time focussing on our differences with someone else that we lose sight of what we have in common--a love for great literature, for example. A high-powered attorney might not have much in common to talk about at length with a homeless man, but the common element of a good book can bridge that divide: "So I gave Robert a copy of a book I really loved called 'Water for Elephants' and we would talk about that," Peter said. When they realized how well the book group opened communication and helped them get to know each other, together they started the Homeless Book Club: "They meet every Tuesday in a church conference room. Peter buys the books. In the beginning he offered to bring in lunch too, but the members said "no thanks." They wanted this to be about more than just another free lunch."

Sharing a community and a desire to see it flourish is another place to look for common ground. In fact, a sense of community is vital to our health.  Feeling like we belong and can contribute our gifts to a greater good gives us a sense of purpose. "To forge community then, we must do more than simply get people together.... Community is woven from gifts." And that shared sense of community builds on itself: "On a less tangible level, any gifts we give contribute to another kind of common wealth – a reservoir of gratitude that will see us through times of turmoil, when the conventions and stories that hold civic society together fall apart. Gifts inspire gratitude and generosity is infectious. Increasingly, I read and hear stories of generosity, selflessness, even magnanimity that take my breath away. When I witness generosity, I want to be generous too. In the coming times, we will need the generosity, the selflessness, and the magnanimity of many people. If everyone seeks merely their own survival, then there is no hope for a new kind of civilization. We need each others' gifts as we need each others' generosity to invite us into the realm of the gift ourselves. In contrast to the age of money where we can pay for anything and need no gifts, soon it will be abundantly clear: we need each other."

Of course, engagement, generosity, and community-building are not the norms of today and may even buck the status quo that tells us relationships and services can be monetized, that we don't need each other. But many people share this common fire to bring about a more productive cooperative: "There are millions of citizens who refuse to succumb to what their more cynical neighbors call “reality,” who insist with their lives that there has to be a better way – and who day by day go about bringing it into being. What makes them tick? What enables them to see beneath the surface and work for the common good rather than simply for their own private welfare? What inspires people to act from their own sense of a larger integrity even when it means going contrary to the status quo? And how can these circles of compassion widen?"

One commonality among these change makers is that they recognize that someone was there to help them in the past in life-changing ways: "Sometimes this made the vital difference between a life shattered and one healed." They "were characterized by a particular capacity for connection, an ability to draw others around them into communities of comfort and challenge." They are open to compassion: "The key lies not in our suffering, but in our ability to use it to connect with the pain of others. Held poorly, our torment seals us off from others or disables us; held well, awareness of our own pain enables us to resonate with that of others and work toward the healing of the whole community." These leaders refuse to separate into us/them thinking, but instead find common bonds between all people and recognize that the community is a construct of the whole rather than a vision of any one leader. 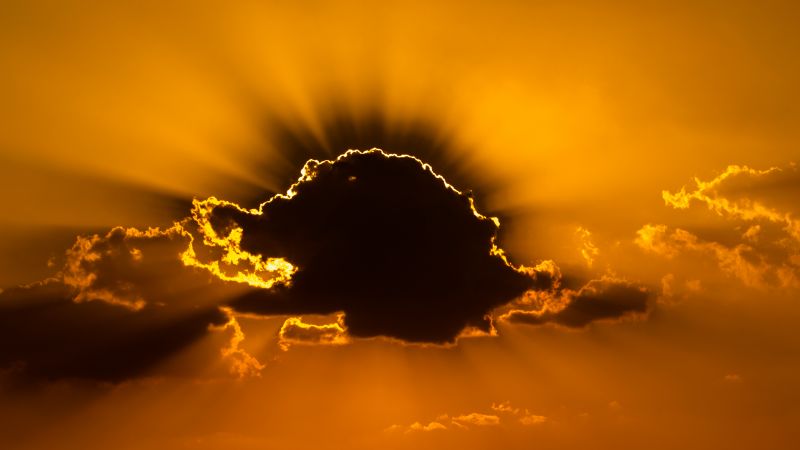 Desmond Tutu  believes that by letting go of past hurts, we can heal, not only ourselves, but also our families, communities, and world. Forgiveness is "an invitation to be courageous and to go against the grain of the sense of radical separation that makes violence possible. Forgiveness is more than a concept; it's an experiential recognition of our common humanity, which has the power to heal both the victim and the perpetrator."

Forgiveness has the power to breach seemingly insurmountable divides. Mary Johnson's son was murdered. Forgiving her son's killer was no easy task: She told him, "After you left the room, I began to say, 'I just hugged the man that murdered my son.' And I instantly knew that all that anger and the animosity, all the stuff I had in my heart for 12 years for you — I knew it was over, that I had totally forgiven you." She went on to found From Death To Life: Two Mothers Coming Together for Heal­ing, a support group for mothers who have lost their children to violence and has formed an unlikely bond with her son's killer. That act of forgiveness has been transformative for both of them.

Similarly, Julio Diaz reached out to the young mugger who robbed him, first offering him his coat as well, and then sharing dinner together. This forgiving response changed the whole dynamic between the two. Diaz says, "If you treat people right, you can only hope they will treat you right. It's as simple as it gets in this complicated world."

Shari Swanson is a lawyer, teacher, writer, and member of ServiceSpace where she works as a writer/editor for DailyGood and Kindful Kids. You can find her at www.quotablecreek.com or www.shariswanson.com.

Education is not the filling of a pail, but the lighting of a fire.
William Butler Yeats