Home > Latest DailyGood News > Canadian Index of Well Being
When you have once seen the glow of happiness on the face of a beloved person, you know that a man can have no vocation but to awaken that light on the faces surrounding him. --Albert Camus

Canadian Index of Well Being 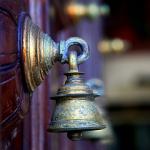 Aug 20, 2006-- A new Canadian index will gauge how people are faring overall, not just how much they're spending. The Canadian Index of Wellbeing hopes to be more accurate than its economic cousin, the gross domestic product (GDP). "GDP tells us how much total income we're producing but tells us nothing about how that income is distributed," says Roy Romanow, the former Saskatchewan premier who chaired the 2002 commission into medicare. The index has been five years in the making and some of its quarterly figures are due to be published in the fall. (1818 reads)

I serve what I myself eat.
Krishnan