Home > Generosity > How To Escape Perfectionism
It is not the skills we actually have that determine how we feel but the ones we think we have.
Mihaly Czikszentmihalyi

How To Escape Perfectionism 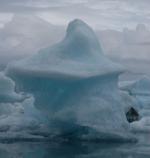 Sep 17, 2009-- "According to the World Database of Happiness (yes, there is one), Iceland is the happiest place on earth. The secret to their happiness? Eric Weiner, Author of The Geography of Bliss, traveled to Iceland to find out. After interviewing a number of Icelanders, Weiner discovered that their culture doesn't stigmatize failure(...)That's one reason Iceland has more artists per capita than any other nation. "There's no one on the island telling them they're not good enough, so they just go ahead and sing and paint and write," Weiner writes. Which makes them incredibly productive. They don't just sit around thinking they'd like to do something. They do it." This article shares more on the benefits and how-tos of escaping perfectionism. (10376 reads)

Read Full Story
What's your reaction? inspiring fascinating courageous hopeful
Take ActionTry following one of the three suggestions outlined in the article above.

Our greatest responsibility is to be good ancestors.
Jonas Salk - inventor of the polio vaccine.

We've sent daily emails for over 16 years, without any ads. Join a community of 243,684 by entering your email below.