Home > Generosity > Thank You for Doing the Most Important Job
A mother is a person who, seeing there are only four pieces of pie for five people, promptly announces she never did care for pie.
Tenneva Jordan

Thank You for Doing the Most Important Job 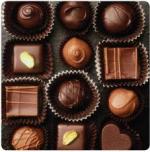 Mar 28, 2011-- While sitting on the bus one day, I took a book out and was about to read. But I was distracted by a young woman behind me who was speaking on her cell phone. She was talking to her brother. She wanted to know where he was, why he wasn't where he was supposed to be, why he had lied to their mother again and did he know that their mum had broken down in tears that morning because of him. I never looked around. I just stared at the book in my hand - and the ten pound note I'd been using as a bookmark. When she left the bus, I got off behind her. "Excuse me," I said. "Do me a favour, would you? Take this money and buy your mum a box of chocolates or a bunch of flowers. And tell her a strange man said that being a mother is the hardest but most important job in the world." (4314 reads)

Reality leaves a lot to the imagination.
John Lennon

We've sent daily emails for over 16 years, without any ads. Join a community of 163,983 by entering your email below.