Home > Mind & Body > Einstein on Thinking and Belief
A man is but the product of his thoughts. What he thinks, he becomes.
Mahatma Gandhi

Einstein on Thinking and Belief 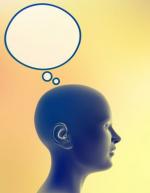 May 23, 2012-- "Einstein explained that psychologically, our beliefs and axioms rest upon our experiences. There exists, however, no logical path from experience to an axiom, but only an intuitive connection based on our interpretation of the experience, which is always subject to revocation. At one time, ancient astronomers believed that the heavens were eternal and made of ether. This theory made it impossible for them to observe meteors as burning stones from outer space. Although the ancients witnessed meteor showers and found some on the ground, they couldn't recognize them as meteors from outer space. They sought out and observed only those things that confirmed their theory about the heavens. We are like the ancient astronomers and actively seek out only that information that confirms our beliefs and theories about ourselves and the world." Michael Michalko shares further. (36174 reads)

Read Full Story
What's your reaction? inspiring fascinating courageous hopeful
Take Action" A belief is simply an interpretation that you hold to be true." A short reflection follows. [more]

Be willing to be a beginner every single moment.
Meister Eckhart