Home > Science & Tech > How Ignorance Fuels the Evolution of Knowledge
What is love after all but trusting in the unknown.
Marty Rubin

How Ignorance Fuels the Evolution of Knowledge 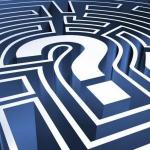 Aug 21, 2012-- "In the fifth century BC, long before science as we know it existed, Socrates, the very first philosopher, famously observed, 'I know one thing, that I know nothing.' Some 21 centuries later, while inventing calculus in 1687, Sir Isaac Newton likely knew all there was to know in science at the time -- a time when it was possible for a single human brain to hold all of mankind's scientific knowledge. Fast-forward 40 generations to today, and the average high school student has more scientific knowledge than Newton did at the end of his life. But somewhere along that superhighway of progress, we seem to have developed an indifference to the unknown knowable. Yet it's the latter -- the unanswered questions -- that makes science, and life, interesting." (17504 reads)

Read Full Story
What's your reaction? inspiring fascinating courageous hopeful
Take ActionTake a moment to examine some of the questions and mysteries in your own life.

Someone's sitting in the shade today because someone planted a tree a long time ago.
Warren Buffet