Home > Generosity > Daring to Dream: Religion and the Future of the Earth
The twentieth century will be chiefly remembered by future generations not as an era of political conflicts or technical innovations but as an age in which human society dared to think of the welfare of the whole human race as a practical objective. --Arnold Toynbee

Daring to Dream: Religion and the Future of the Earth 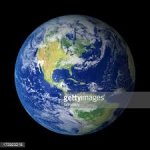 Dec 17, 2018-- There is a dawning realization from many quarters that the changes humans are making on the planet are comparable to the changes of a major geological era. The scientific evidence says we are damaging life systems on Earth and causing species extinction (20,000 species lost annually) at such a rate as to bring about the end of our current period, the Cenozoic era. No such mass extinction has occurred since the dinosaurs were eliminated 65 million years ago by an asteroid. Our period is considered to be the sixth major extinction in Earth's 4.7 billion-year history, and in this case humans are the primary cause. Yet the new generation is responding to the call... (6063 reads)

Read Full Story
What's your reaction? inspiring fascinating courageous hopeful
Take ActionWhat changes can you make in how you live to participate in a radical recognition that we must be less destructive to nature and ourselves?

We've sent daily emails for over 16 years, without any ads. Join a community of 160,546 by entering your email below.