Home > Generosity > The Frightfully Wondrous Experience of Being Here
You are loved.
Ra Avis

The Frightfully Wondrous Experience of Being Here 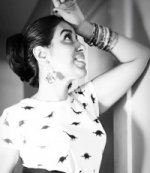 Jun 23, 2021-- Ra Avis didn't call herself a writer till she was accused of the crime that would eventually result in 437 days of incarceration. In the four years between the accusation and the handcuffs, after a friendly push from her husband--a writer himself--she started a blog and named it Rarasaur (frightfully wondrous things happen here). It became a space for writing about love and grace and grief, and won many awards for being gentle-spoken and insistently hopeful. In May of 2015, she wrote a goodbye post on the blog, for the first time alluding to the case that had followed her around for years. She was in jail just a few days later... In May of 2016, with just a few months of a sentence left to serve, Ra's beloved husband, Dave, passed away. Today, Ra works with Initiate Justice, a non-profit organization in California that fights to end mass incarceration by activating the power of the people directly impacted by it. People like her...She continues to write about love and grace and grief, and to touch the lives of friends and strangers alike with her realness-- and radical capacity to care. (3178 reads)

The desire to create is one of the deepest yearnings of the human soul.
Elder Uchtdorf