Home > Generosity > The Silent Pulse of the Universe
Nothing is static, nothing is final, everything is held provisionally.
Jocelyn Bell

The Silent Pulse of the Universe 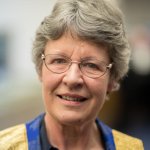 Oct 21, 2022-- "Jocelyn Bell was a graduate student at Cambridge in 1967 when she pushed through the skepticism from her superiors to make one of the greatest astrophysical discoveries of the twentieth century. While Jocelyn was belittled and sexually harassed by the media, the Nobel Prize was awarded to her professor and his boss. However, that's only the beginning of the story." (2726 reads)

Read Full Story
What's your reaction? inspiring fascinating courageous hopeful
Take ActionConsider the hard times you made it through. How might you be a beacon of light, a pulse of positivity in the cosmos for others?