What if we invited people from different parts of the world, to sit around a fireplace and share stories of their experiences with kindness? A kind act that they may have done, received, or been a witness to. The stories can be shared anonymously, using a nickname. That is what the online KindSpring.org community looks like. It’s hard to select a few stories from thousands that were shared. Some are small acts that make someone’s day, while others are life-altering to say the least. But they all have one thing in common, a big heart.

Saved by a Stranger from Germany

A woman from California was diagnosed with leukemia in her 60’s. Her only hope of survival was a bone marrow transplant. The registry found exactly -- one match! It was a young woman living in Germany who had signed up for the registry years earlier. She received the request just two days before her wedding. She said, “yes” to her groom and a stranger she had never met in the same week. As a newlywed, in the following weeks she became a lifesaver for this woman across the Atlantic ocean. Here they are together in Germany, a few years later. (More) 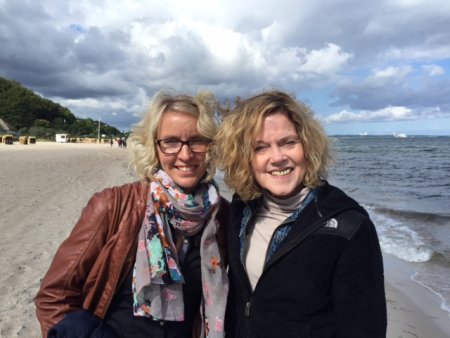 A Nice Dinner for Her Birthday

On a bus ride home, he couldn’t help overhear a conversation between a sweet husband and a wife. The husband called his wife and it sounded like they wouldn’t be receiving the money that they were due just yet. They really needed it and it didn’t sound very hopeful. It also appeared to be that it was his wife’s birthday, and he did not want her to cook on her birthday. But out of concern for the cost, she insisted. He managed to convince her to let him pick up a “reasonably priced” munchie box on his way home. The stranger listening approached his stop as they hung up. Before getting off, he walked up to the husband, placed money in his hands and told him to, “get something nice for her birthday.” As he looked back, the man was understandably stunned. The stranger reminded himself, “If I can drop one into the day of a trying man, I always will.” (More)

5 Love Notes to her Grandmother

After about a decade, Tesa visited her 96-year-old grandmother in a small village in France. Her grandmother grew up in the early 1900s, lived through the German occupation alone with her two young children, while the husband was in a prisoners’ camp. Knowing that each time could be the last time she sees her, there is always much to share. But this time, she just wanted her to know that she was deeply loved. So she treated her grandmother who lives alone to her best cooking, foot massages and read her stories. Before she departed for her flight back home, she wrote five gratitude notes and hid them all throughout the home. Of course, her grandmother found three of them by the time she had reached the airport, and called her literally laughing out loud. (More) 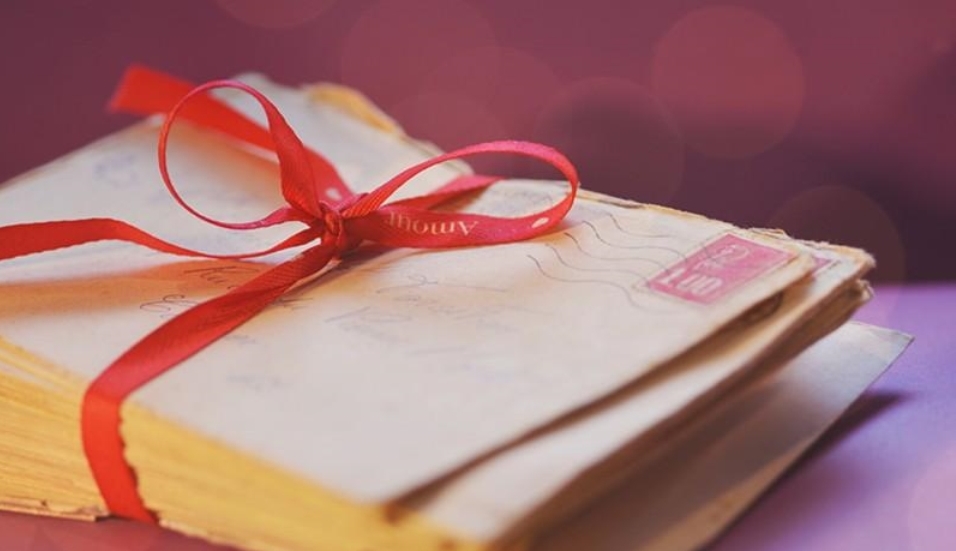 Guerilla Tech-Repairs for the Homeless

Trained as a hardware repair technician, he visits used good stores to find cheap old laptops that may need just a little fixing. At about ten to twenty dollars a piece he then fixes them up, using salvaged parts that he has around. Once they’re in a working condition, he gifts the laptops to the homeless. Since many job applications now need to be filled online, this gives them the ability to go someplace like a McDonalds or Starbucks and get online to find a job. This gives a creative meaning to the old saying, “give a man a fish, and you feed him for a day. Teach a man to fish, and you feed him for a lifetime.” (More)

Turning Old Bread into a Meal

Late one night in Dubai, a couple was taking a walk when they saw a man hunched over on the ground crushing something. Out of curiosity, they couldn’t help but inquire further. They found out that he was crushing old bread from yesterday, so it would be easier for the birds to eat. They learned that his name was Tariq, and he was a Tailor from Pakistan. Surprised to learn that anyone would be interested in what he was doing, he shared that every night when he gets home from work, he collects old bread from his neighbors and housemates. And after dinner, he heads out and spends the next hour or two crushing pieces of bread into fine powder. He then adds millet on top of that and leaves it with a container of water, all of which will be gone by the next evening. Tariq has been quietly doing this for almost four years. (More) 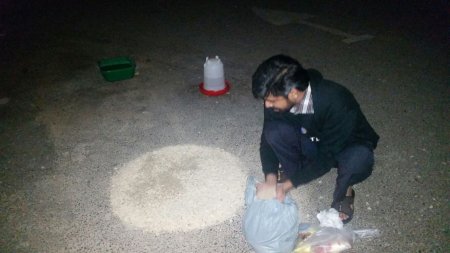 She braved multiple treatments for breast cancer but the hardest part of the experience was losing her strawberry blonde wavy hair. This to her meant losing her anonymity because everywhere she went people knew she was a chemo patient. It meant going from an active, athletic person to someone who was always looked at with sadness or pity. Of course people meant well but they would never say anything, which was even more painful. Until this UPS guy walked into her work and simply asked, “So, are you on chemo?” She felt like a human and responded with “Yes, thank you for asking, you are the first person to actually acknowledge that fact.” She gave him some “gag” business cards which listed her title as the “Supreme Commander of the Universe.” This was followed by many sweet encounters every time he came by, and he always addressed her with that title. Many years went by and she moved offices, but she never forgot his genuine nature. (More) 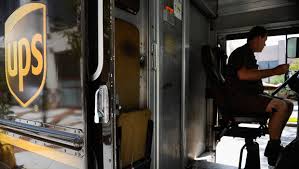 They Got This Instead of the Bill

She went out to a Sushi restaurant with two of her friends. They had a great time catching up, laughing, and enjoying each other’s company since they hadn’t seen each other before. As they finished their meal, the waitress was taking longer than usual to bring their bill. She finally came over and handed them a “Smile Card,” explaining that someone had anonymously paid for their entire bill as a random act of kindness. Needless to say their jaws dropped and they were left speechless. What they did learn however, was that there are good people in the world. (More) 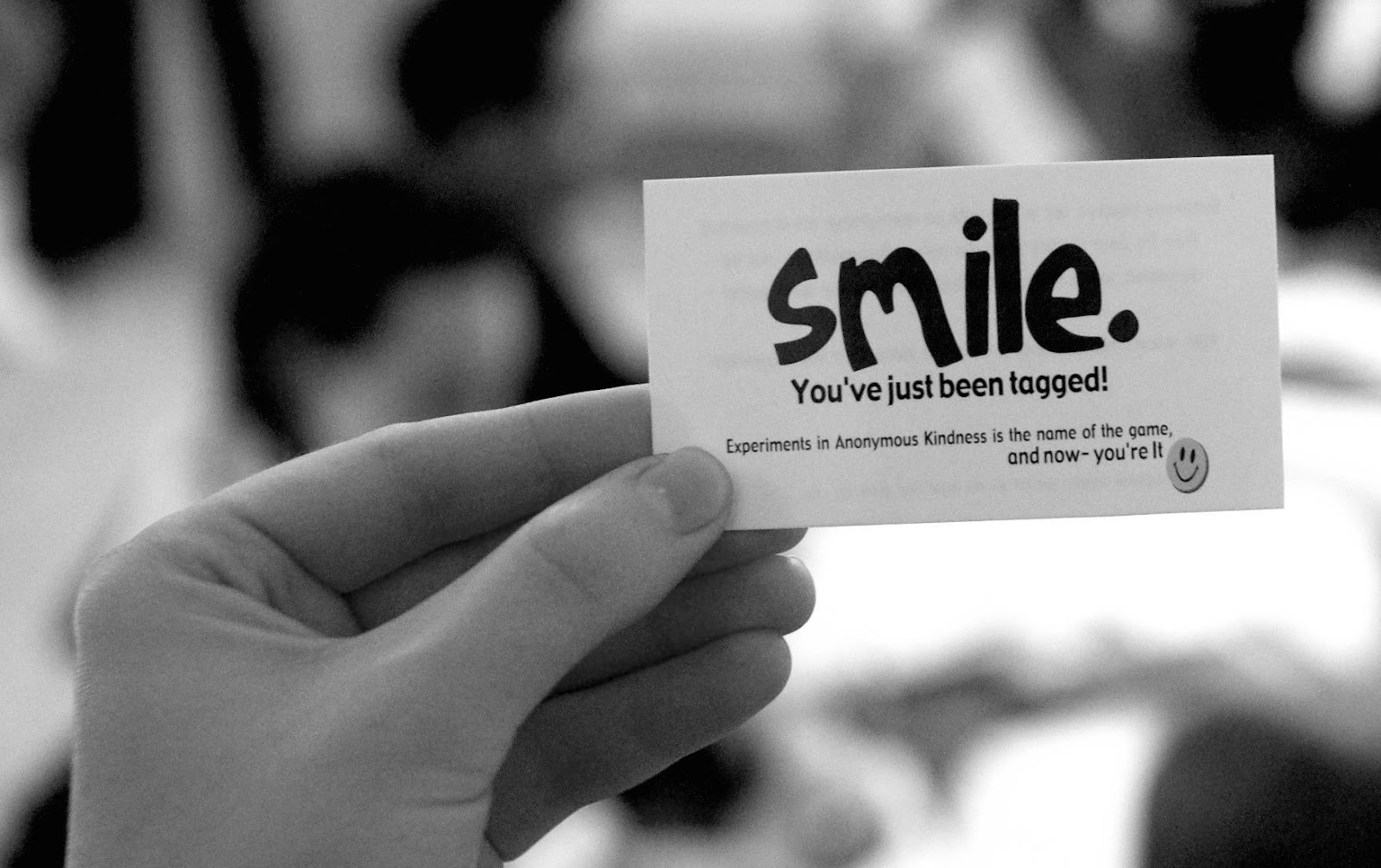 Overhearing a Phone Conversation at Starbucks

Am woman in her mid-thirties, well-dressed with a resume in hand, was at a Starbucks. While in queue, her phone rang. In that conversation, she said: "I'm truly sorry, I lost my job a few months back and I could barely pay tuition. But I promise you as soon as I can I'll buy the girls their books. Please just give me time." It turns out someone else was listening -- and it was her birthday the day before. Since she loved books, her friends had given her sixty dollars worth of gift certificates to bookstores. She knew exactly what she had to do. Along with a big hug, she gifted all of her gift cards for her to buy books for her daughters. (More) 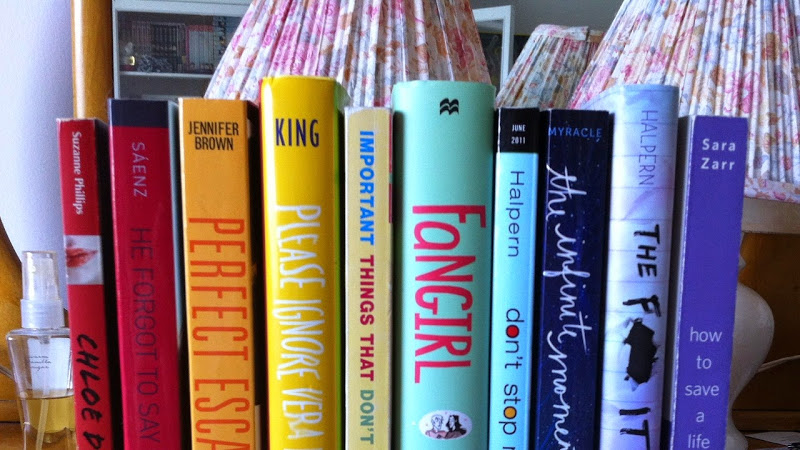 Living Out a Dream in South Africa

In Johannesburg, South Africa, where poverty and unemployment are major issues, she knew in her heart that she needed do something. With many people living on the streets, she had a life-long dream of opening a soup kitchen. Along with the help of a dear friend, she finally started this project, which makes hearty soups and hands out blankets to the homeless. She couldn’t be happier with the journey she is on now. It has touched the hearts of many, including her own. (More) 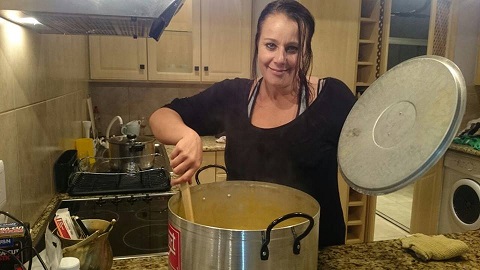 Help When She Really Needed it

Fourteen inches of rain in one day is not usual weather for her area. As she was driving through town with her kids, the engine stalled and wouldn’t restart. The rapidly rising flood water trapped them in the car and terrified her and the kids. She didn’t know what else to do. Just then a guy in a 4WD pulled up beside her and offered to pull them out of water. Once out of the floods, he towed them all the way to their street about 2 km away. He left quickly to go back and rescue others. She’ll never know his name but it reinforced the idea that she should always be ready and willing to help someone in need, whatever the circumstances. (More) 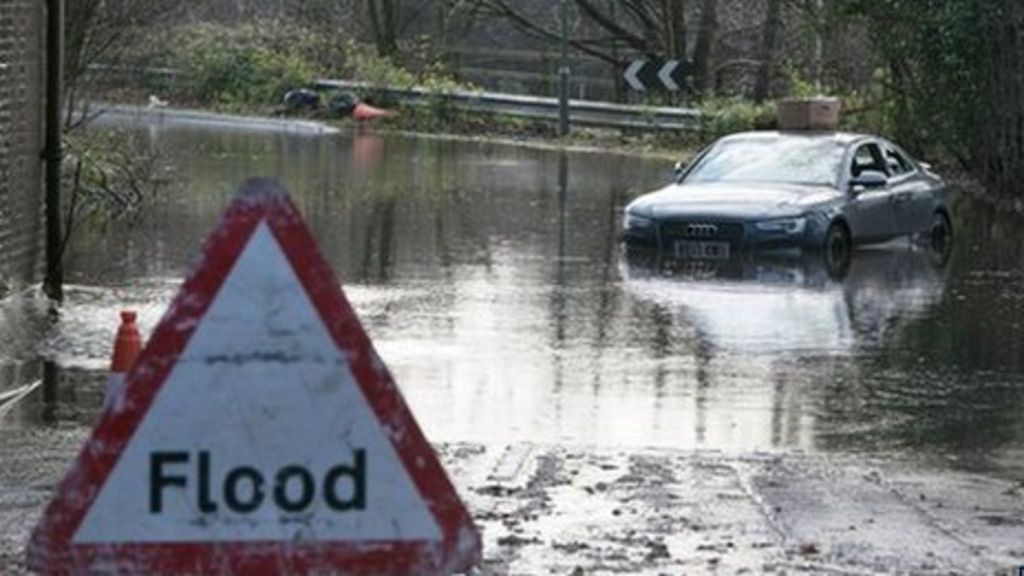 KindSpring.org is a website that encourages small acts of kindness. The KindSpring community has shared over 100,000 personal kindness stories over the last decade -- you are invited to join the fun!

Find a seed at the bottom of your heart and bring forth a flower.
Shigenori Kameoka

We've sent daily emails for over 16 years, without any ads. Join a community of 160,730 by entering your email below.