Home > News > Sagar Kabra: A Doctor Who Strove to Light the World

Sagar Kabra: A Doctor Who Strove to Light the World 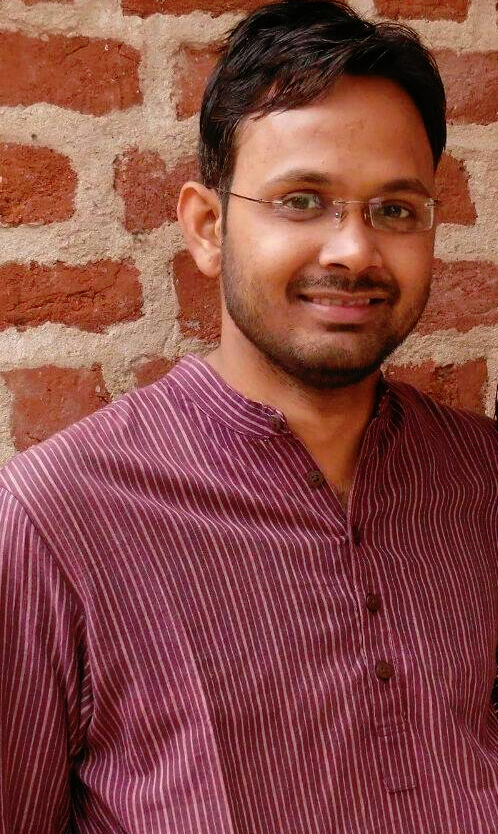 Sahyog (JSS), an organization dedicated to serving the rural poor in Chhattisgarh, India. He was killed in a road traffic accident on May 9, 2016.

In rural India, it is not uncommon for a person to pass before their time, their life cut short by the injustices of poverty, hunger, accident, and disease. Often these deaths go unnoticed, and the stories of these lives unheard. Sagar Kabra was familiar with this reality from his time working as a resident physician at Jan Swasthya Sahyog (JSS), an organization through which he and his colleagues provided healthcare to some of the poorest and most marginalized communities in India. With the demeanor and grace of a young Gandhi, Sagar used his abilities as a physician and his voice as a poet to humbly yet passionately make his mark on the world, before his life too was cut short.

"There is a dreadful situation in India," he explained, during a several hour train and motorbike ride to a patient's home. "It lies in the fact that there are two Indias." He described the first as "Shining India", the India of booming tech companies and increasing wealth. The second was "Poor India", the India that seemed idyllic in its rural simplicity, and yet behind the beautiful facade lay the stark realities of poverty, malnutrition, and preventable disease. The great contrast that existed within his country troubled Sagar deeply. He asked himself constantly why such conditions existed. Who was really to blame for such rampant inequality?

Sagar believed that the fundamental problem lay in the great rift between the worlds of the rich and the poor, and the fact that no one was willing to take responsibility for the connection. He argued that if one were part of Shining India, one was also directly linked to the problems of the poor -- and to the societal conditions that cause them. It was this sense of shared responsibility and solidarity with the poor that drove Sagar to forgo a comfortable medical career in the city and be a doctor of and for the people. "Who is to blame for such inequality?", he would ask himself. His answer: he was. And he was also someone who could do something about it.

Sagar admitted that he fell into medicine "accidentally". For a young man fresh out of high school with good grades, the choice was between studying medicine or engineering. He chose medicine, but after his first year he found himself extremely frustrated. "I thought that this is not the field I wanted to go into." But things began to change his second year. "I realized all the good things medicine can do,” he recalled. “I started to develop a real interest in the subject." That interest only deepened as he began to explore opportunities in rural health among tribal communities. For the first time he also met other young physicians who desired to do more with their medical careers than make a comfortable living. They fed off each other's idealistic energy and began to dream about the kinds of change a group of young doctors such as themselves could make in their beloved, but troubled country.

Despite his early awareness of the social side of medicine, Sagar said 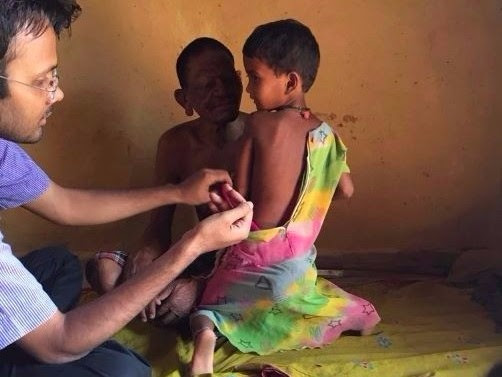 that it took him years to learn what it meant to be a good doctor. And while he had mentors to show him the way, his patients were the ones that taught him most. He described one patient he had early on in his training, an 18-year-old girl with multiple complications due to untreated diabetes. Blind and emaciated, Sagar said he was at a loss with how to better her condition, constantly pouring over her medical chart and double checking her tests. Yet he said he became so fixated on the results that it was as if he had forgotten that there was a human being suffering before him. The realization came as a major wake up call for him, and the following day he wrote, "Yesterday, for the first time I spoke with her as a friend. She told me about her home, her school, her friends, the river flowing from her village. She told me, 'I want to listen to music.' I finally felt I had won the battle." He went on to write, "A definition of a doctor that I love: 'A doctor is one who cures sometimes, relieves often, and comforts always.' Instead of being a highly educated, knowledgeable but mechanical doctor, I would rather be a comforting friend."

At the same time, Sagar realized that medicine was going to be a lifelong learning process, and if he wanted to be able to do more to help people like the young diabetic girl, he needed a balance of both practical experience and theoretical knowledge. After working for a year at JSS, he decided to pursue postgraduate studies in order to deepen his knowledge and return to JSS as a family medicine resident. He thus returned to his studies, but only after promising himself two things: That he would never compromise patients’ access to him by narrowing his scope of practice, and that he would never let his increased book knowledge lead him to believe that he somehow understood more than his patients.

For Sagar, the ailments he saw in his patients were not just biological conditions that he could read about in a textbook. They were societal wounds of a country in which decades of oppression have left millions of people living with little hope for the future. Sagar was constantly reading up on current events in the newspaper, and his friends noted that such remote events often affected him deeply, to the point where he'd be unable to eat. Poetry and other writing served as an opportunity for Sagar to try and make sense of some of the world's injustices while offering up alternative solutions. After a long day in the hospital, Sagar and his friends would often end up reading and discussing his poems long into the night. Despite the often heavy topics, such late night discussions ultimately always ended in singing, laughter, and Sagar playing a tune on his wooden flute.

Among Sagar's various writings, there is a piece entitled "Leprosy: A Social Numbness". In it, he calls leprosy "the neglected disease of the most neglected people in India". He describes in detail the debilitating effects of the illness and the total apathy of the general public toward those suffering from it. "Maybe the mycobacterium leprae has infected our government," he muses, "and has made us all numb". In another piece, he documents several patient cases, mixing medical jargon describing their physical condition with their social histories. At the end of each case is a single line, each of which reads, "My impression: A loss of freedom to dream". He ends the document questioning if this was the future their freedom fighters had fought for.

Sagar dreamed of a different future, one in which all people have the 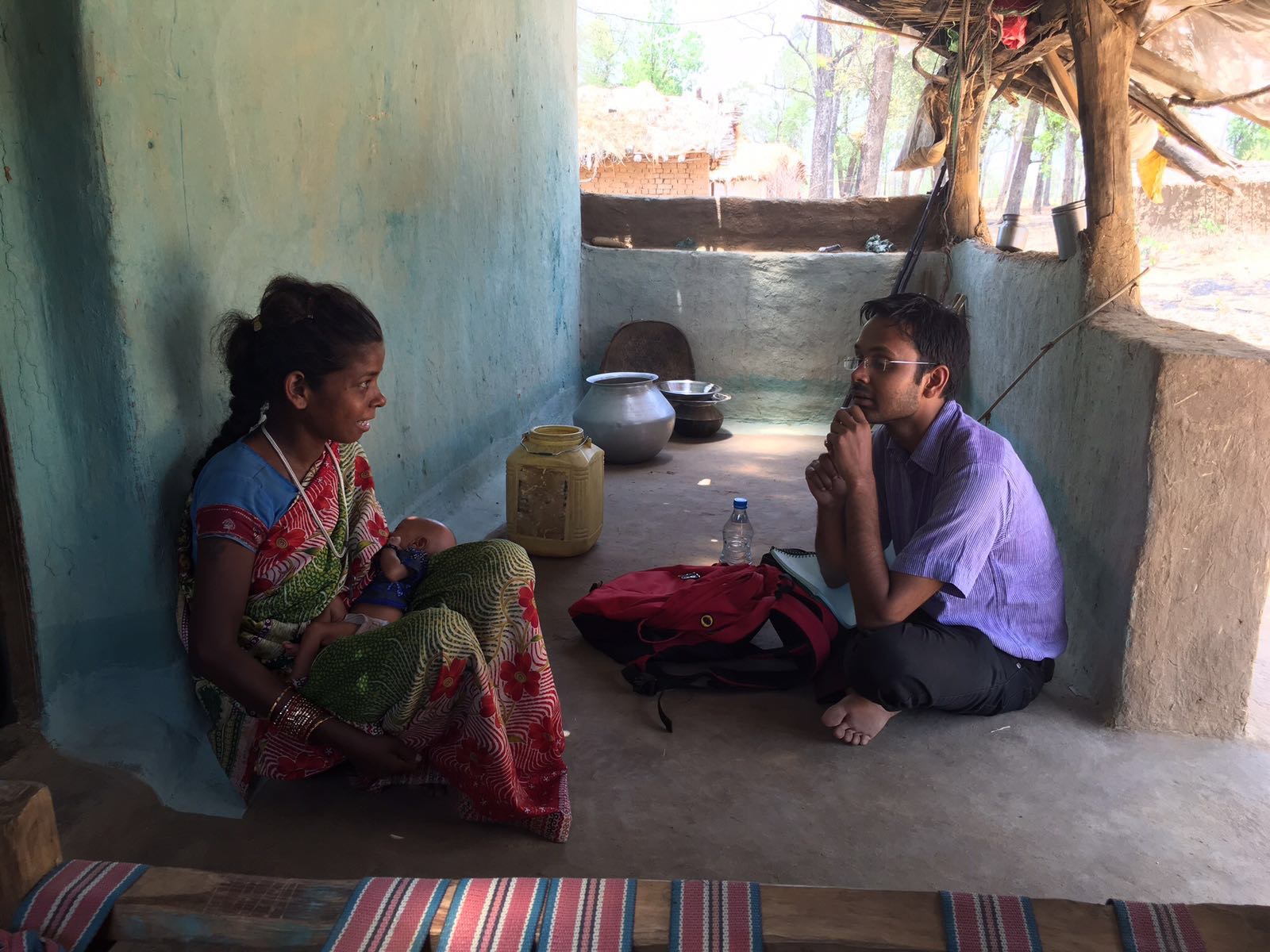 right to health and dreams. Yet according to Sagar, the final cure for our current social ills does not lie solely with the individual physician, but with the people. A doctor is a key figure in the equation, but he or she can only do so much. Quoting a mentor of his, he described doctors as being akin to chandeliers, beautiful yet expensive and inaccessible to many. Sagar spoke with great passion about the community health workers and nurses who came from surrounding communities to train at JSS. He said they were often more effective than doctors due to their accessibility and the fact that they were able to support their own communities through their work. He called what they were doing "real public empowerment".

Sagar decided early on that he wanted to be a doctor who above all supported such community health and empowerment. He didn't want to be another chandelier, providing light for the privileged few. Instead, in everything he did in his short life, Sagar strove to be a lamp. He said that a lamp was simple yet accessible to all, and a single lamp could light countless others. Through this simple act of sharing our own small lights, he explained, we can enlighten the whole world.

I need some water to sprout.

In this dreary deadly summer,

I am alive because my hopes are

the hot heat waves are burning my leaves and flowers

but I am alive because I hope in future, there will be sowers

by getting my sweat fruits, the little squirrel will burp

I will decorate myself with the long and beautiful tender vines

and will look gorgeous after having bird nest of serene design

the twigs of mine will make the shelter to the poor

travellers will take afternoon nap in my shadow for hours

because my dreams are my life and my life is my dream.

Sagar's story cannot be told without also acknowledging the incredible community of which he was a part. Sharing everything from the food on their plates to the many triumphs and challenges of delivering equitable care in an unjust world, the JSS team can only be described in terms of family. Learn more about how JSS is continuing to carry out Sagar's vision through their website jssbilaspur.org or follow them on Facebook .


Brett Lewis has a B.A. in public health and a minor in anthropology. In 2016 she started a dual degree program that combines an MD with a masters in public health at Oregon Health & Science University. A former research assistant at UCSF, she helped launch the HEAL Initiative, a global health equity fellowship that aims to build a healthcare workforce for low-resource settings both here in the United States and in countries such as Liberia.

Where the needs of the world and your talents cross, there lies your vocation.
Aristotle

We've sent daily emails for over 16 years, without any ads. Join a community of 161,730 by entering your email below.