Love is in the air! When we hear that phrase, we might picture, perhaps, a young giddy couple freshly struck by Cupid's arrow or maybe an older couple holding hands as they stroll quietly along a boardwalk awash in a sunset glow. Perhaps the phrase conjures images of roses, chocolates, and candlelit dinners. But love is so much broader an emotion and action than romance. In this Daily Good Spotlight on Love, we look back through Daily Good features and revisit some of love's many-splendored dimensions and expressions. Love is in the air, alright. Everywhere we look. 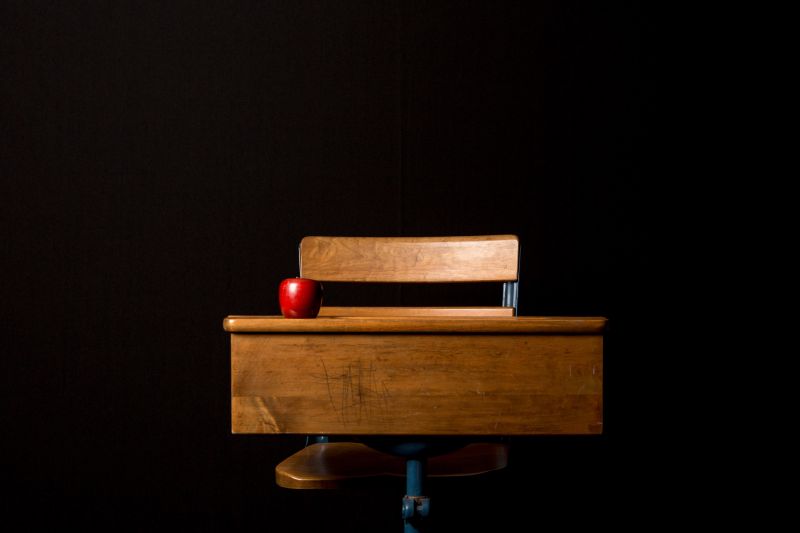 Loving teachers transform classrooms....and students. No one falls asleep in Jeffrey Wright's high school physics class. Exploding pumpkins, hovercrafts and an experiment involving a bed of nails, a cinder block and a sledgehammer, are some of the crazy stunts that keep the students enthralled. But it is Mr. Wright's experiences as a father of a special needs son, and his teachings about love, family, and the meaning of life that leave the deepest impact on his students. This inspiring short video shares more.

Another school love story is taking place on the other side of the world: tucked away in a rural village about 40 minutes drive from the city centre of Medan, Indonesia, is a small school bursting with love. Abdi Kasih, which means "dedication with love" was born out of one woman's transformation from pity to love for children with intellectual challenges. Watch as one of the volunteers describes the changes that she has experienced in her own approach to life after spending a year with the children of this school.

In another article, a father helps his son succeed in his school work by telling him, 'The way to crack your subjects is to fall in love with them. When you start loving what you are learning, it will no longer look like work. Everything will fall in place after that. Just fall in love.' His son was in sixth grade around then, and decided to take him seriously and literally said, 'I love you' to his math textbook. Then, something strange happened. He actually fell in love. He started enjoying the mystery behind each geometric question, soaking in it, and experiencing joy when he was able to solve it."

Love in the classroom transforms the student, the teacher, and even the work itself.

Dogs, humankind's best friend. They both give and inspire acts of love.  In India, Mahindra's immense, undying love for animals led him to establish India's first home for dogs living with disabilities. Read on to learn how Mahendra's service to these dogs began after a chance encounter with a puppy on the streets of India.

The love between dog and man is making a difference in a New York prison. Gloria Gilbert Stoga trains inmates to raise guide dogs The unconditional love they receive from the little puppies is having a positive effect on the prison's inmate puppy-raisers.

And Eugene Bostick, an 80-year-old retiree in Fort Worth, Texas spends his days operating what just might be the coolest train in the world. His homemade dog train takes rescued strays out for fun rides around the neighborhood and in the surrounding woods. Eugene and his brother Corky live on a dead-end street where many locals bring their unwanted dogs to leave them behind. Eugene began adopting them and taking them for rides with his tractor." Read more about his beguiling project and check out pictures and a short video of his one-of-a-kind train and its canine passengers!

When foxes discovered little penguins on a small Australian island, they nearly wiped the colony out. But farmer Swampy Marsh came up with a solution born of love: his dog Oddball would protect the penguins. To read more about this delightful inter-species love story, click here. And then there was Alfred Date, now passed but at the time the oldest living Australian, who, in a true labor of love, knitted little sweaters for injured penguins.

A man and a bear formed a special bond in another story. Steve Karlin was with Susie Bear for thirteen years. He says, "during that time, the relationship I had with her broke boundaries of what I thought relationships were about. There is a connection you make with an animal that goes beyond words, a power, a communication like a mother has with her infant." Go here for more about Susie Bear's incredible encounter with a 5th grader, and the baffling and beautiful lessons she taught Steve about love: "Inside of the divine of the bear, and inside the divine of me, we were very strong together. It was like we were meant to be together in this lifetime. It’s like we found each other."

Love between a person and an animal can be life-affirming for both and demonstrates the interconnectedness of all life. Hannah Brencher founder of The World Needs More Love Letters began leaving love letters all over New York City for strangers to find nearly five years ago. She says, "Though the idea sounds romantic, it was really a way to forget about my own feelings of sadness and loneliness for a while and focus on others in the big city who may have been feeling as let down as me. Every morning since that first love letter, I've pinned my cursive to writing and mailing love letters to people all over the world, packed with words that hopefully will help, heal, and hold them during a tough time. With every stroke of the pen and sealing of the envelope, I've gathered life lessons that I know will never leave me no matter where my letters go."

In another story, a mother taught a powerful lesson to her children about loving her enemies: her compassionate response to a band of young neighborhood pranksters, reminds us of how powerful and important it is to keep taking small steps towards loving those who challenge us.

When we love those whom we do not even know or those who may never return our love, we learn something about the generosity and depth of our own hearts.

Could there be more to love than we think? Consider how these kids define love.  How do you define love? What can you do to bring more love into the world today?

Shari Swanson is a lawyer, teacher, writer, and member of ServiceSpace where she works as a writer/editor for Daily Good and Kindful Kids. You can find her at www.quotablecreek.com or www.shariswanson.com.