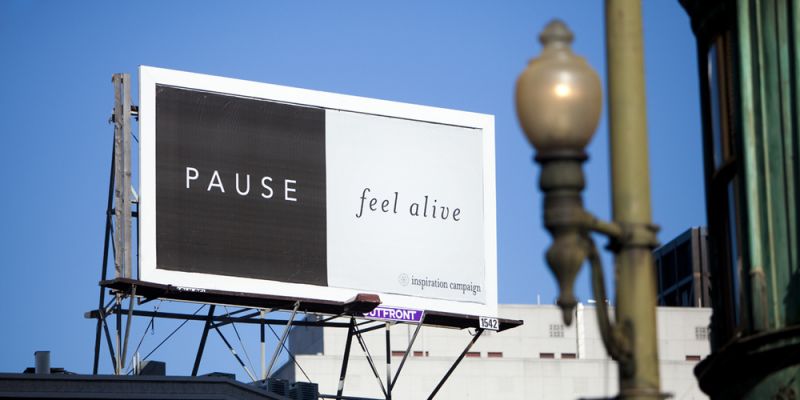 San Francisco Bay Area artist, Robert Bengtson, expresses his love for beauty through the mediums of photography, interactive art, wood, metal, plaster... and puts his creativity into inspiring the human spirit. Robert is a visual artist based in the San Francisco Bay Area who's been creating fine-art commercial photography for over 20 years.  Focusing on details that some may not see the beauty in – such as an imprint in the sidewalk or a pair of clasped hands – he chronicles the exquisite details of people, places and objects.  He applies his fine-art photography skills to personal, residential and commercial projects, and is also known for his stunning custom photography books.

In 2008, after decades of creating beautiful photographs for his audience, Robert had the vision to more directly invite his audience into co-creating the art.  “In 2008 I had this very clear vision of an art installation [at] Burning Man which happens in the Nevada desert every year,” he said.  “I had never done anything like it.  I am a photographer by trade. … But it was just so clear to do this.  So I made this art piece that was inviting people to reflect – it was about participation. … The experience of using art and creativity to inspire self-reflection in someone and then being able to even capture that and having them write their response to a question was amazing for me.  And it opened up this whole new realm as an artist and as a human …”

That installation, entitled “Self-Evidence” was themed The American Dream and invited visitors to sit in and complete a circle comprised of 12 other human female casts (as the 13th member), and then to enter a tee-pee by walking through the circle.  Each female cast embodied a different human quality, which was written across her chest in calligraphy: Compassion, Courage, Creativity, Fairness, Heart, Intention, Laughter, Love, Optimism, Self-Awareness, Truth, Vision, Wilderness, and Wisdom.  Inside the teepee participants were invited to reflect about democracy, community, the feminine, and Native American wisdom and to answer a question in writing:  To what do you pledge your allegiance?  At the end of the week the inside of the teepee was filled with answers, fluttering like feathers in the wind.

From 2008 to 2011, Robert had a total of four interactive art installations which invited self-reflective viewer participation in order to inspire self-discovery.  “I went from a photographer basically saying, ‘look what I made – what do you think about what I made?’ … Then I had this experience of the piece really being about ‘what do you think about your own experience?’  This isn’t about what I made, it’s about what you discover by interacting with this and really creating an opportunity for that.  And it was like a whole other dimension got added to the scene.  It was like I was a chef that was given another spice to cook with or something.  It was like it went into technicolor and I realized that that was like a missing ingredient that I was kind of searching for with my photography.”

In early 2012, Robert started a new participatory, people-powered project, Inspiration Campaign, to invite individuals to come together to make the world more beautiful, inside and out, through beautiful, empowering, nothing-for-sale advertising.  The aim was to inspire the human spirit, and to transform mainstream media into a source of inspiration.  If you have visited San Francisco in recent years, you probably have seen his "advertisements" on the city billboards with messages like, "Humankind. Be both." "You belong." "Love first."

Robert's vision for the Inspiration Campaign was to combine crowd-sourced content (“what message would you gift the world?”) with crowd-funded purchasing power (i.e. $5 / month) to place inspirational messages on traditional physical advertising spaces.  “Activate what’s great within people. Billboards, buses, commercials, community outreach, etc. Meaningful moments. Nothing for sale. Gifts for human consciousness. Powered by The People.”  Over the last four years, inspirational messages have appeared on 36 billboards, 12 buses, and 3 newspapers, resulting in over 14 million media impressions, bringing countless positive moments for the people in the San Francisco Bay Area and illustrating how individuals matter when they consciously come together as creative force.

In 2014, Inspiration Campaign received a grant award from The Pollination Project. “Inspiration Campaign is a way for us to decide what kind of media we want to see in our world," he said, "We need examples that show the power individuals have when we come together.” That is why the Inspiration Campaign is people-powered: people submit and vote on the messages, and people chip in and contribute to buy the ad spaces. Robert asks in his blog, What would love do? "We are all... guided by our own internal, love-choosing compass. How would Love write that next email? How would Love interact with the cashier ringing you out? How would Love respond [to] that person driving in front of you?" 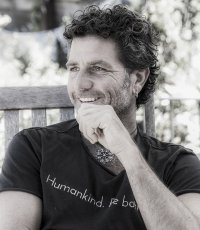 What Makes You Come Alive?
Creative, life-affirming thoughts that I've never had before. Inspiring others. Synchronicity / serendipity / positive, unexpected surprises.

Your Greatest Inspiration?
Other than the miraculous fact of being a life-force-embodying-a-star-durst-configuration Inspiration Campaign is my biggest inspiration relative to the way my evolving service to the vision has also become such a significant catalyst to my own personal process of becoming.

An Act of Kindness You'll Never Forget?
A very simple act over a decade ago where I paid the toll for the person behind me while crossing the Golden Gate Bridge. The concept of doing this had been planted in me for a while before the impulse struck me one day as I was approaching the toll booth. I remember the raw energy that began to build. I remember how excited / happy I was when handing over the extra money. I remember how quickly I sped away so the person behind me wouldn't be able to know which vehicle / person had gifted them and how wonderful this power of altruistic-anonymity felt as I sped away. Not only have I never forgotten this act, but it's come to embody one of the key ingredients of Inspiration Campaign.

One Thing On Your Bucket List?
See Earth from space.

One-line Message for the World?
"What would Love do?"

Awakin Calls is a weekly interview series and community podcast that highlights the work and inner journeys of individuals who are transforming our world in large and small ways. Each call features a moderated conversation with a unique guest. Past interviewees include a calligraphy artist, a path-breaking neurosurgeon, an evolution biologist, an influential product designer, a global leader in restorative justice, an animal communicator, a pioneering entrepreneur and venture capitalist, and a socially conscious hip-hop rapper.  Awakin Calls are ad-free, available at no charge, and an all-volunteer-run offering of ServiceSpace, a global platform founded on the principle of "Change Yourself.