The CEO Who Gave 90% of His Salary To His Staff 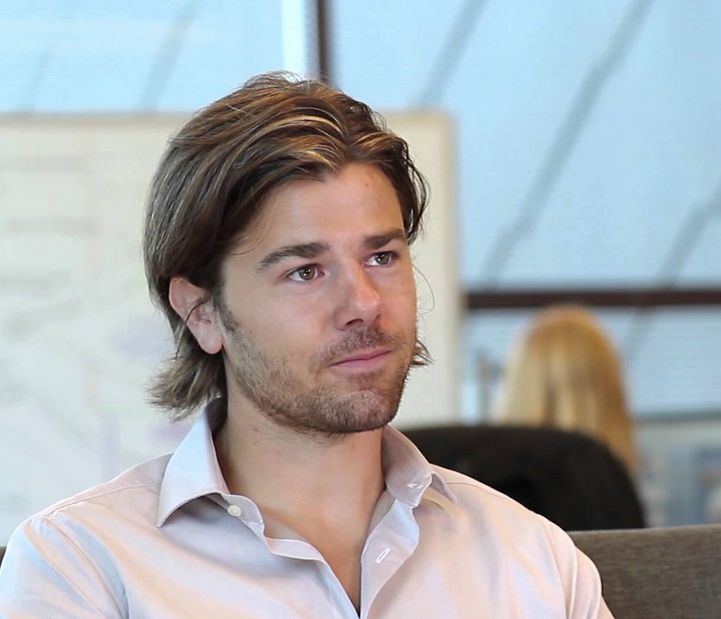 Would you give away 90 per cent of your salary? Dan Price, CEO of Gravity Payments, did just that and shared it among his staff. It’s a commendable move but will it pave the way for wider pay equality?

In April the CEO of a US tech company did something with barely any precedents in the modern business world. He gave away 90 per cent of his own pay to raise the salaries of his employees to a minimum $70,000 a year.

Dan Price, CEO of Seattle-based Gravity Payments, recalls the moment when he announced the decision to his 120 staff: “There was a moment of stunned silence. Some people were looking around at each other, a few jaws had dropped, and then someone actually asked me to repeat myself. Then the team started clapping, cheering, and giving each other high fives. It was an emotional moment.”

Price’s decision came after reading a study by professors Angus Deaton and Daniel Kahneman of Princeton University, which found that emotional wellbeing rises with income up to a cut-off point of $75,000 dollars, after which extra pay has no effect on happiness. At first Price struggled to make the numbers work, but after a while he realised that by cutting his own pay and using some company profits, he could afford it. Despite being so worried he woke up with “night terrors” for two weeks, Price went ahead and did it.

But Price’s decision is just a drop in the ocean of unequal pay. US CEOs earn, on average, $11.7 million dollars a year, 331 times more than their average employee, according to Deborah Hargreaves, director of the High Pay Centre. In the UK it now takes a FTSE 100 boss just two days to earn the same amount as an average worker takes home in a year. UK CEOs have seen average pay increases of nearly a million pounds in the last five years at a time when everyone else’s incomes have stagnated. “It has increased inequality within countries massively,” says Hargreaves, “particularly in America and the UK. It leads to a huge polarisation in society and I just think it’s really unhealthy.”

Pay scale inequality has been building for several decades according to professor Alexander Pepper of the London School of Economics. It was in the eighties that several factors first combined to propel executive pay on its journey skyward. Ironically many of them, like rules over greater transparency, were intended to have the opposite effect. Instead, according to Pepper, greater disclosure caused a ‘me too’ effect where executives looked at other CEOs, getting higher pay for the same job and demanded pay rises themselves. Another factor was the increase in performance-related pay in the form of shares and long-term incentive plans. “In order to compensate you for the fact that you’re going to get something that’s not cash and you’re going to get it later,” explains Pepper, “I have to give you much more of it.” A further cause is the so-called ‘prisoners dilemma’ where remuneration committees, not wanting to attract below average CEOs, are continually tempted to pay slightly over the average – a move echoed by everyone else, thus creating a ratcheting effect.

But can anything be done to throw a spanner in the ratchet?

Does Dan Price’s example provide a business as well as an ethical model which other CEOs can follow? Price himself thinks so, believing that freeing employees from money worries enables them to better focus on their work.

“I wasn’t looking for a carrot and a stick,” he says, “but I wanted to allow people to unleash their passion and continue to serve our clients and not be distracted by worry.” He points to other recent examples, including an executive in Florida who was inspired by Price’s example to give a 30-50 per cent raise across the board. Another was a client of Gravity Payments, who they saved $7,000 on processing. “Instead of keeping those savings, he decided to take that money, and some of his own profits, and give everyone in his company a raise,” says Price.

Deborah Hargreaves is less optimistic about many CEOs following suit but she does think there is clear business sense to ethical pay policies.

“Workplaces with lower pay ratios have fewer incidents of absenteeism, industrial unrest and stress at work, so they do work more efficiently.” Hargreaves points to examples like John Lewis which has a maximum pay ratio of 75:1 and which is well-known for its staff morale. A report commissioned by the John Lewis Partnership shows that employee-owned firms like themselves, which have an inherently fairer pay scale, are more resilient and have outperformed the rest of the market during the economic downturn.

Hargreaves believes we need to end performance-related pay for CEOs, replacing share-based incentives with cash bonuses and scrapping long-term incentive plans altogether. She also wants to see reform of remuneration committees, who are themselves often made up of other CEOs and top executives. But she also believes it needs a broader cultural change: “What I’d like to think is you might start to get bragging rights about how much money you’ve given away rather than how much you’ve got.”

Dan Price doesn’t see his example as necessarily the best decision for every company, but he hopes it will inspire other CEOs to make their own changes for the better. For himself, after all the worrying, he has no doubt it was the right decision: “That was the happiest I’ve ever felt. For me, it was the best money I’ve ever spent.”

This article originally appeared on Salt. Salt is a platform for Positive Change Agents. Its goal is to make the world a better place by promoting compassionate business practices.

If your compassion does not include yourself it is incomplete.
Jack Kornfield