Home > News > A Lesson In Letting Go From My Mother

A Lesson In Letting Go From My Mother 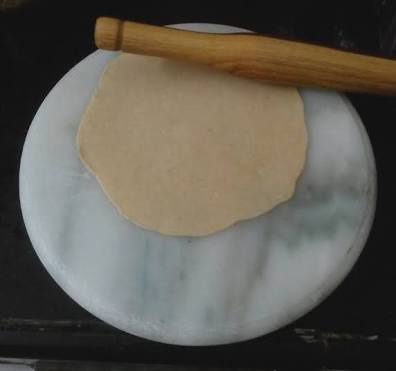 As a teen, there were many days where I hovered across the kitchen counter, watching my mom make fresh roti (Indian bread), ready to grab one as soon as it fluffed on the open flame. Of course, she would snatch it right back to spread a little butter on top before giving it back. Like a half-starved child, I would plunge right into the soft bread like no one had fed me for days. There's nothing like your mom’s cooking. And my favorite was the round hot rotis with sabji (curried veggies), and thick Punjabi dal (lentils).

Within minutes of me stepping in the door, there would be the inevitable question of “roti banawa?” Should I make roti? The sabji and the dal were ever-ready in our house but the rotis were usually made fresh each meal. Like all Indian moms of that generation, she had her process. She would carefully break a small part of the kneaded dough, roll it into a small round ball between her palms, spread it into a disk-shape with her hands; Then using a wooden rolling pin, methodically roll it into a perfect circle on a chakla (usually wooden but in her case, a round carved white marble). She would then carefully place it onto the round griddle on the stove, followed by the open flame to fluff it. With the next one already rolled out, this was the time for catching up about the day. The one thing that was unique about her process was that she never rushed -- she made them slowly, gently caring for each one as if everything in life rested on that one roti. Mom would sometimes even rest her left hand on her hip like she had all the time in the world, and hold a rolled roti in the other -- and chat with me while at the same time keeping an eye on the roti on the stove. 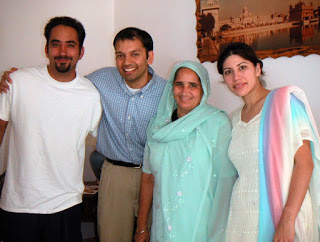 The author's brother, husband, mother and sister, circa 2004

About seven-eight years ago, we were hosting a get-together at my parents home, and like most Punjabis (actually I think all :), she has a second stove set-up in the garage. I wish I'd kept to myself that day but I was trying to be of some help to her. We were running a bit behind schedule and she was just about finished with everything else, so now we just needed to make the rotis before the guests started arriving. I tried to work quickly, knowing that I was probably rushing her. As I was hurriedly moving everything closer to the table next to the stove, something happened that I wish I had the power to undo. The marble chakla that I've always seen her use -- slipped out of my hand and fell hard on the concrete garage floor. It made a loud sound as soon as it hit the surface, and broke into several pieces.

It was obvious right away that there was no way of salvaging it. I was shocked at my absent-mindedness and felt horrible as my mom looked over her shoulder to see what had happened. All I could muster was, “Oh mom I’m so sorry, I don’t know what happened.” She was quiet for a second and then just said “koi ghal nahi,” her version of “it’s okay.” She then walked over quietly, picked up the broken pieces and put them in the trash can in the garage. Quickly grabbing a smooth cutting board, she started rolling the rotis. We continued with the rest of the evening and she didn’t say anything else about the matter.

A few days later, as we sat down for tea, I still felt bad and wondered if I could find a replacement. I brought it up again but she said don’t worry about it, what’s done is done. When asked how long she had it, she casually mentioned that she had it for a while. Her grandmother had taught her how to make rotis on it. I felt so bad and I’ll never forget the look in her eyes when she gently confided: “It belonged to my mother.” Her mother! Who she rarely talks about because she doesn’t have any memories of her. Her mother who had passed away when mom was an infant, and she was raised by her grandmother and stepmom.

My older sister later told me that the marble chakla was given to her mother by her parents when she got married, and it was the last thing that my mom had left that belonged to her mom (and her entire lineage). She brought it with her from India to the US when our family migrated here. 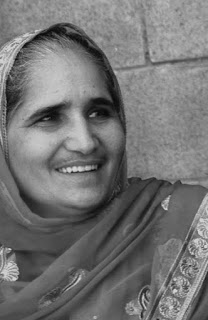 As my mom and I sipped tea that day, she shared none of this. Focused on making me feel better, with the wave of her hand, she just said, “jaan de” (let it go), as she poured me more tea and asked about my day. Even now when I think about this, tears well up. If I was in her place, there’s no way I would’ve not said anything. There would have at least been a lecture or two about being more mindful, there would've been anger, or guilt for a little while about something so precious now gone forever.

As I recall this now, I feel like her reaction to this so aptly sums up who she is. Someone who goes through the ups and downs in life with resilience, selflessness, always focusing on what’s good, and what’s happening right instead of what went wrong. Someone who clearly knows that what is done cannot be undone, but instead of looking at the broken pieces of the past, you put them in their place, and just keep on moving forward with all the grace that you can muster.

This article is syndicated from Wabi Sabi, a blog written by Guri Mehta, a co-founder of ServiceSpace and student of life, always looking to learn, grow and above all, see wholeness in herself and others.

You can discover more about a person in an hour of play than in a year of conversation.
Plato