Home > News > Let Compassion Heal Us: An Intern Explores Our Relationship to Suffering

Let Compassion Heal Us: An Intern Explores Our Relationship to Suffering 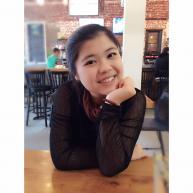 Among the teachers in my life, there is one person whose name I don’t know, nor do I know where he is today. I first encountered “Old Uncle”, (this is how I addressed him in Chinese) a decade ago when I was in elementary school in China. He sometimes took me to school in his tricycle. During those morning rides, while riding the tricycle with full strength, ensuring that I would not be late for school, Old Uncle told me about his life. His words still bring up tears as well as smiles when I contemplate them ten years later.

Old Uncle’s wife had passed away when their two children were still young. He made a living by riding tricycles, and raised the children on his own. His daughter gave up the opportunity to go to college so that the younger brother would have money to pursue his future. Later on, she became a nurse at a local hospital through her hard work. Stories were not only told, but gradually we became each other’s stories. Those memories are still clear. For each ride, Old Uncle was supposed to charge me five Chinese yuan, however, he insisted on accepting only four yuan from me. In our conversations, he told me to always have a good heart, to be a good student, child and person. He said this with so much caring and humility, that I listened to his words with my whole heart. Every time he took me to school, he asked whether I had eaten breakfast and would try to offer me biscuits from his pocket. Biscuits that were probably his own breakfast or lunch, so that he could sustain his energy for driving the tricycle.

At a young age, I knew that Old Uncle lived a difficult life--the dim light in his eyes--was a sign. He holds such an unforgettable place in my life because his deep caring planted seeds in a fifth grader’s heart to walk a path for good. He was one of the early people who lead me to explore pain and suffering, unintentionally and naturally, through stories and giving. We did not grieve over the hardships he had endured in life, rather he shared as I listened with peace and silent response, and sometimes a few giggles. As a widowed father and a tricycle driver, Old Uncle possessed quite little in terms of materials, however, he offered me so much -- from biscuits, to deep teachings and unconditional care. Ten years later as I think back to the scene, I came to realize that Old Uncle and I shared space, and connected through our spirit. In the midst of an environment that was filled with greed and competition, Old Uncle, a humble tricycle driver guided me to see the beauty of humanity.

Sharing makes us more human; becoming more human leads us towards the compassion that is inherent in our nature. Being a ServiceSpace summer intern in these past months, I have been guided into a circle of genuine friends and mentors. It is a space that holds people from different walks of life, and somehow trust and interconnectedness naturally manifest. As part of my internship project, I interviewed various people in the community about their relationship to pain and suffering. One of the lessons I have received is that if we hold space for each other, open our hearts, listen deeply with our full presence, detach from any projections or judgements, then authentic connections blossom. The individuals I talked to were willing to reflect on pain and suffering, unfold decades of their lives and share insights with a young stranger whom they had never met before; and vice versa, I was able to be honest and vulnerable. In the end, “I/you” transform to “we”, and “my/your” story became “our” stories. 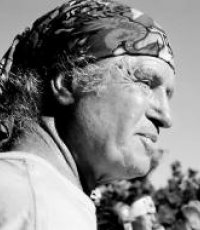 In a conversation with John Malloy, he said, “Sharing is our nature. When we share, we heal suffering; when we share, we become less afraid; when we share, we have enough to eat”. John’s life is dedicated to tending to people who suffer. From working as a counselor for prisoners and troubled youth, founding The Foundry School for at-risk kids, to leading The 500 Mile American Indian Spiritual Marathon--All Life is Sacred for nearly four decades, John has healed many minds, hearts and spirits. “None of the kids had criminal minds”, said John, “I was never fooled by the personality of the kid -- it's a veil to the soul. I always went for the soul. It does not matter who you are, if you are authentic, and you do that, you will make a connection whether it is with an addict or a murderer, or a person who is totally withdrawn. When you're in an institution you don't have anything but each other, so the trust comes easier than on the street”.

John taught me that in a circle we are all equal, and we are always (inter)connected. When we do our part well, the whole circle works because we are a part of the whole, and we are never alone or broken. Interdependence is stronger than independence.

Towards the end of our conversation, I asked John how he faces his own sufferings while always serving others. John revealed that he had experienced a great deal of loss in his life, including the passing of his only son and the loss of sight in his left eye, however, “we have an innate capacity to heal”. After two years of grieving, he grew stronger through his losses, not weaker. John has been “teaching people to doctor themselves - learn to be a warrior, a teacher, a visionary”, then “pain becomes medicine”--as we faced our pain and suffering, we see what we are supposed to do is to care for others. “No one can steal your spirit”, said John.

Kapu Aloha--I Am Going To Love No Matter What 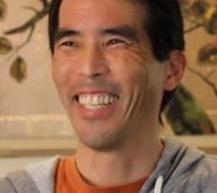 At my second Awakin Circle in Santa Clara, our host Harshida Auntie shared a piece of insight with me on suffering: “Pain is inevitable, suffering is optional.” To me, this feels fundamentally true though I understand how difficult it is to not turn pain into suffering. Recalling back to the first time I sat in the meditation circle at their home, after I opened my eye, I saw a man who looked like he might be from Japan , facing me. With his palms held together he bowed to the ground. I smiled and greeted him with silence. We are kin. That was how I felt from the very first encounter with Kozo. And it is also a frequent insight that I receive in these circles.

“You are family”, Kozo said, as we sat in a ramen restaurant in Sunnyvale with one of my internship mentors/ladders Vishesh. “I knew it from the first day”. It was a joy watching Kozo enjoying a bowl of veggie ramen after learning about his cancer and his healing journey. For Kozo, he did not turn his pain into suffering, rather he received it as grace. I learned that the gift of cancer awakened compassion in Kozo, and taught him to trust the universe. On Christmas Eve 2016, a few weeks before his surgery, in an Awakin Call Kozo said, ‘Kapu Aloha is sacred Aloha which means, ‘I’m going to love no matter what’.  If you come and steal my land, I’m going to love you. You come and beat me, I’m going to love you. You come and string me up on a cross, and I’m going to love you. I’m using those examples because it crosses traditions. It is the same ahimsa that Gandhi talked about. It is the same love that Christ talked about. It is the same unconditional love that the Dalai Lama talks about, but it is Kapu Aloha. To remain in Kapu Aloha no matter what. At a certain point in my journey, I realized I have to Kapu Aloha cancer. Cancer is here threatening to take this body away, threatening to take me away from my children, threatening to end my life early, and I still have to Kapu Aloha it. I still have to love it. I still have to unconditionally open my arms to it and `olu `olu it (nurture it like a little child)”.

“I am going to love you no matter what”, how simple and direct that sounds. Yet I remember as a teen how I used to suffer unnecessarily because I did not know how to be grateful for all I had. I clung to the ego, and craved for more. Not until a loss happened at the end of my high school years, did I realize how impermanent everything is, that all is always changing and can be gone in just a second. Yet, how beautiful it is to know that we have the choice to be grateful, to cultivate compassion, to discover our innate wisdom, and to become a light in this world. As Kozo puts it, “Love always serves. That is the only reaction love has is service. When somebody slaps you across the face, love looks and goes, “How can I serve this person, and turns the other cheek?”

Choose Compassion; Do No Harm 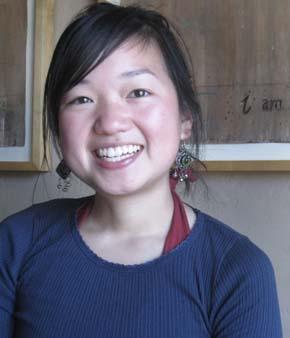 A Buddhist monk once told me that compassion and wisdom are two sides of one hand, if one is missing, then that is neither true compassion nor wisdom because there is still the self. On another occasion, a nun offered me a piece of insight: “The original self is selfless, then compassion will be revealed”. At the age of twenty-one, I am still trying to understand the meaning of true compassion and wisdom. Through my journey of studying here in the U.S. away from my family since the age of fifteen, and through connecting with stories, I learned how being with others who are suffering with our hearts fully present, eases pain; and how our self-centeredness and indifference can cause others to suffer. When we hurt others, we are not only responsible for ourselves or the ones we hurt, but also for the ones they are going to hurt. If instead we choose compassion, this world turns brighter. As Audrey Lin beautifully puts it, “In the end there is only kindness. At the end of the day we are all going to go, but what stays behind are those small acts; those are acts maybe paid forward by so many others. We never really know where it’s all coming from but that’s what makes the world go round and what inspires me to keep living.”

At college, my mentor taught me a beautiful theory about the human spirit. He explained that the human spirit is endowed with the capacity to know, to love and to will; and it consciously strives to attain that which is perceived to be true, beautiful and noble. May our inner light brightens this world!

Sophie Wu immigrated to the United States from China as a teenager. Deeply drawn to explore selfless service, and the deeper realities of life, she soon became a mentor/tutor for immigrant children helping them prepare for higher education. She is a religious studies major at Franklin & Marshall college and a 2017 intern with ServiceSpace.

Men build too many walls and not enough bridges.
Joseph Fort Newton

We've sent daily emails for over 16 years, without any ads. Join a community of 245,325 by entering your email below.