Tending to Your Inner Weeds 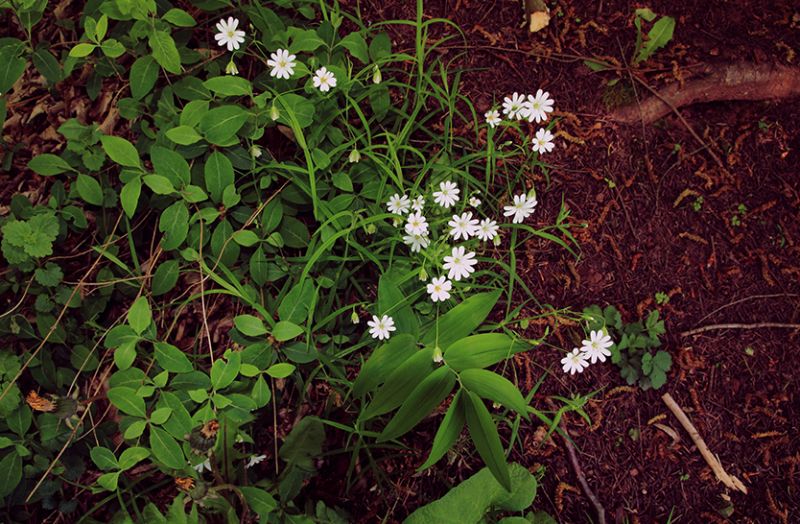 ALANDA GREENE shares her experiences of weeding her garden and her inner garden of tendencies and character traits, and makes peace with herself in the process.

It’s late spring – the time of year when garden growth is prolific, determined, persistent.  Sometimes overwhelming. Especially the weeds. They require attention that is also determined and persistent, but in spite of my efforts there are always weeds that escape my notice and grow too big, too much. Removing them now causes disturbance or harm to the other plants.

The behavior of weeds is no different from that of humans and other creatures. The weeds want to survive and have evolved ways to maximize that chance. My own ways of being in the world are the same. Those tendencies, habits and attitudes I try to eradicate are no different. They have developed skills for endurance. It’s their nature, like the weeds.

I recognize tendencies in me that want to survive, ideas about who I am and who I should be, and how I need to be in order to lead an effective life. Some of those ideas are like the healthy plants I have planted and some are like the weeds that arrived from who knows where. But in dealing with weeds, I learn about me.

Chickweed, for example, has developed clever ways to thrive and survive. When it shows only two tiny leaves above the ground, hardly visible at all and apparently posing no threat, it has already grown a substantial long root. It’s easy to remove at this point, if it is noticed, but it is often overlooked. I pull one tiny plant and see the fine rootlets already branching from the long white central root stem. When I miss removing the plants when they are small the roots spread wide and gain a firm hold in the soil. They seem to grip each other and become stronger, like those school games where everyone holds hands and becomes invincible against the charging big kids who try to break our chain.

Above ground the chickweed is quite weak. Trying to remove the roots by pulling the stem rarely succeeds. It breaks off. The roots sprout more green and life goes on. Removing the chickweed early is the most effective way but it seems so inconsequential at this stage. I recognize how I can ignore what seems to be a small thing. Maybe I think that particular thought or attitude is too small to bother with; maybe I think that I’m dealing with big ideas and can’t be focusing on every little thing. Maybe it seems too small to matter, that it won’t have any consequence. But when I catch those things early – just a couple of teeny leaves poking out of the ground – then it doesn’t grow into something problematic. 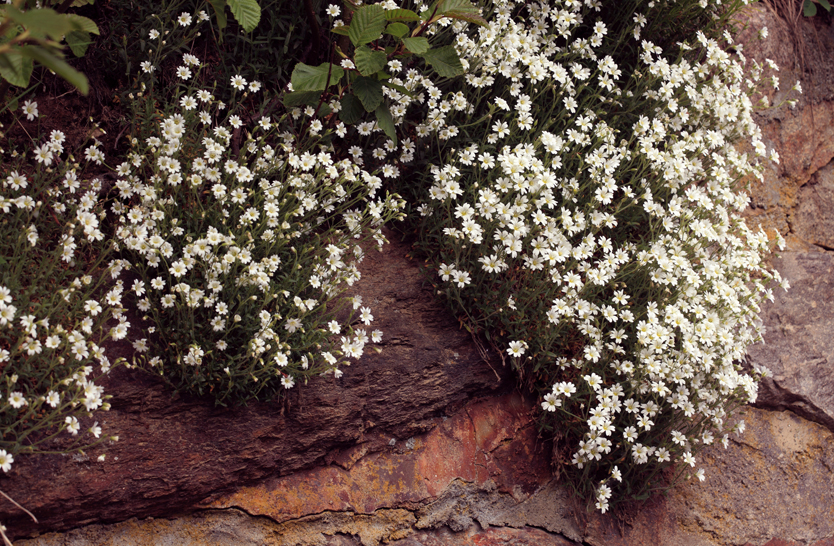 The way chickweed breaks off where it emerges above the soil – I’ve seen that same strategy in myself. I feel like I’ve pulled out a troublesome behavior, removed the wayward thought pattern and can metaphorically brush my hands free of it. Gone. Like the chickweed pulled away above ground. But in neither case is it so. It is gone from visibility only, but the weed still thrives underground, just out of reach of my fingers or my attention. No worry – it will emerge quickly again.

Above ground, chickweed displays the same branching pattern as the roots do as it grows. It threads and winds among the lettuce, carrots, petunias, onions, and almost anything it can seize in its growth process. When I try to remove it now, it grabs leaves and stems. It’s hard to trace back to where it emerges from the ground. It appears in one place but its roots are somewhere quite distant and apparently not connected to this visible portion. I see similar patterns when examining character traits I want to weed out.

What are weeds really? They are plants in the garden that interfere or choke out what has been planted there. I respect their living energy. In the case of chickweed, I’ve developed a fondness for the flavor of its leaves in salads. But the potential of the garden is limited if the weeds are left to grow wild. My own potential is also hindered if I don’t make effort to remove the weeds. They are obstacles to my own evolution.

What are weeds really?
They are plants in the garden that interfere
or choke out what has been planted there.
I respect their living energy.
In the case of chickweed,
I’ve developed a fondness for the flavor
of its leaves in salads.
But the potential of the garden is
limited if the weeds are left to grow wild.

Sometimes I don’t notice the weeds in the garden, and sometimes I don’t want to deal with them. Then, suddenly, all I seem to see is weeds. Everywhere I look, they are there and I feel like a bad garden mom. In my daily life, sometimes I avoid examining my speech and actions. The results catch up with me. As with the weeds, I feel inundated with flaws, faults, weaknesses, the parts of me I don’t want to exist. I end up in an emotional puddle of “What’s wrong with me?”

This approach, the polarity of avoidance and overwhelm, is not an effective strategy. If I don’t use loaded words like ‘flaws’, ‘failures’, and ‘faults’, and insert in their place the ideas of ‘obstacles’, ‘hindrances’, ‘transformation’ and ‘choice’, I make an effective step in meeting the inner weeding task with awareness and consistency. My focus then shifts to questions like: What am I choosing to express in my life? What qualities do I want to strengthen? What values do I choose to live by? How can I manifest these? Then, the things that get in the way of these choices can be faced, transformed, and left behind. And faced again and again. Like the garden weeds. I can release the emotional drama of focusing on what’s wrong, to what the situation is and what needs to be done. There are weeds: remove them. There are obstacles: transform them.

Viewed from this perspective allows me to release my concepts of right and wrong, a good garden mom or a bad garden mom, how I might be or should be, how my garden should be, how I should be a better weeder, and how I should be as a person. It’s easy to slip back into, “By now I should be free from these character traits that I don’t want! I thought they would be gone by now. I don’t like still seeing these in myself.” Viewed dispassionately, being free of these patterns is about as reasonable as my garden being free of weeds.

My garden will never be weed free. It’s big and fertile and organic and it grows a lot. I can accept (but sometimes forget) that the work of weeding, inside and out, will never end. It’s an ongoing
process. No big deal. Just do it!


Syndicated from Heartfulness Magazine. Find them at Heartfulness.org or on Facebook. Author Alanda Greene lives in the Purcell Mountains of British Columbia, Canada. Having a deep connection with nature, she and her husband built their house of stone and timber and a terraced garden, and integrated their life into this rural community. Alanda’s primary focus is the conscious integration of spirit with all aspects of life.

Those who wish to sing, always find a song.
Swedish Proverb