Home > News > The Gift of Cold

The Gift of Cold

In the southern hemisphere, the night of June 20 is the longest night of the year, marking the arrival of winter. Welcoming the cold as a gift is part of being one with nature and its cycles…

Recently we experienced the longest night of the year. The fact might have gone unnoticed–after all, the difference was a matter of seconds. But we all felt the coming of the cold, on time, like a boyfriend arriving for an unbreakable date. Few celebrated, because its arrival officially ends the sweetness of summer and heralds times of hardship and rigor. 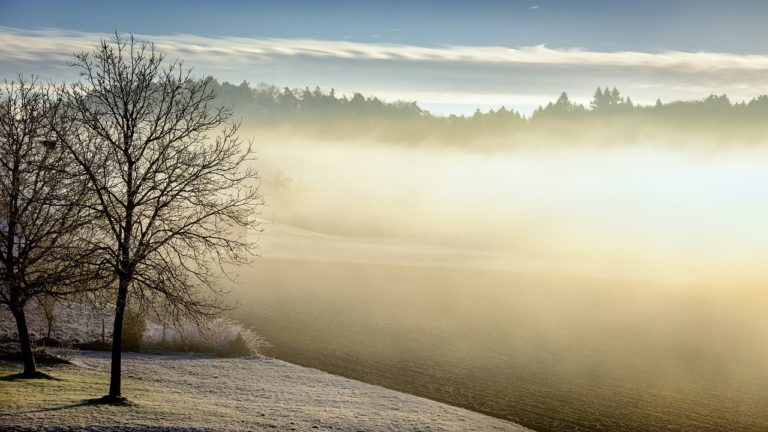 Cold is an absence, an absence of heat, and yet it feels like a presence…Photo: JoÌrg Peter/Pixabay

“Cold is an absence, an absence of heat, and yet it feels like a presence–a vigorous, hostilely active presence in the air…” writes John Updike in his essay entitled, precisely, The Cold. Even in my city, Buenos Aires, where winters are snowless and moderate, that presence tempers the mood, requests stillness, silence, the cessation of superfluous efforts, draping ourselves in something soft and seeking shelter.

The ancients honored this rite of passage with ceremonies and celebrations. The Iroquois used to go to sleep early in the longest night, convinced that Mother Night reigned over the Earth and walked among people’s dreams to send them messages. At dawn, the tribe got together to exchange visions. The Incas celebrated Inti Raymi (Sun Festival): they received the first rays of the Solstice with open arms, throwing kisses at Apu Inti (Sun God). In Patagonia, the mapuche tribe still celebrate We Tripantu, or New Year, a festival of purification and gratitude for the renewal of life.

And what would be its offering for us? A call to quiescence after the joyful indulgence of summer? An urging to leave the world’s business behind for a while to create slow, subtle dreams under the shelter of our own incandescence? 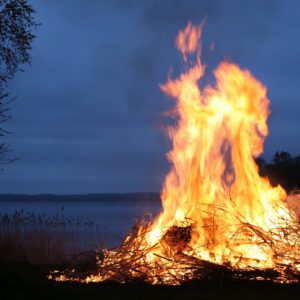 For our ancestors, winter was a test of survival. And although today many of us–the lucky ones–have heated homes, transportation and warm clothing, the season of bare trees takes us back to the experience of that first vulnerability. The freezing wind blows away the last leaves and with them, all trace of effervescence and laissez faire. In the coming months, we’ll have to procure our own warmth and guard our light if we are to survive endless cold nights without losing our strength or aplomb.

What could be, then, the reason for celebration? For the green world, it’s clear: the low temperatures kill fungus and plagues (boosting the growth of plants and fruit trees), inject sweetness in apples and berries (and other fruits of later harvest that only ripen after the temperature drops), and give the go-ahead for trees and bushes to fall into their long seasonal nap. We would feel winter’s whisperings calling us…

If we belong to the sun and its warmth, to the bud and the sprout, to the miraculous flower, we also belong to the wind, the naked branch, the cold. And what would be its offering for us? A call to quiescence after the joyful indulgence of summer? An urging to leave the world’s business behind for a while to create slow, subtle dreams under the shelter of our own incandescence? An invitation to converge around some bonfire, some stove, to exchange secrets and visions? If we could for a moment disconnect from screens and lights, we would feel winter’s whisperings calling us like it calls the seeds, the leaves, the sap descending, the animals changing coat, the grass that stops in its tracks and saves its strength for spring.

We might have lost the pulse of so many vital cycles, we might have made a mess of them with our unconscious interventions, but we have never stopped being a part of them. Little by little, guided by some unerring voices, we rediscover, in Mary Oliver’s words our “place in the family of things.” Scientists speak of biophilia – the love of living things that beats even in the most relentless city-dweller, and they resort to biomimetics to learn from nature how to solve problems, even those we created by trying to thwart its plans. New disciplines appear, like ecopsychology, that aim to reinstate the human psyche back to its natural environment (from which it only seemed to diverge). There are successful attempts to “rewild” our ecosystems: to replace animal species that, in our arrogance, we eradicated (wolves from forests, whales from the seas), thinking it was an improvement over the state quo, an inconsequential fine-tuning. In restoring those missing pieces, we realize, habitats magically recover their wealth and vitality.

If we belong to the sun and its warmth, to the bud and the sprout, to the miraculous flower, we also belong to the wind, the naked branch, the cold.

“To speak of wildness is to speak of wholeness. Human beings emerged out of that wholeness,” says naturalist poet Gary Snyder. In trying to cut out from that wholeness the parts that we find uncomfortable, those that threaten or beleaguer us, what is left is an impoverished reality, the stuff of romantic novels devoid of truth, emotion or perspective.

If we belong to the sun and its warmth, to the bud and the sprout, to the miraculous flower, we also belong to the wind, the naked branch, the cold. Maybe that is the true gift of winter: to remind us that even the difficult presents are to be met with an open heart. And with gratitude.

This article is printed here with permission. It originally appeared on Gratefulness, the online magazine of the A Network for Grateful Living. This is a global organization offering online and community-based educational programs and practices which inspire and guide a commitment to grateful living, and catalyze the transformative power of personal and societal responsibility. Author Fabiana Fondevila is a journalist, children’s book author and ritual maker from Buenos Aires, Argentina. She blogs at La Usina Mística and Mystic Vision. She is also a founding member of Vivir Agradecidos, the Argentine branch of Gratefulness.org. This blog was first published in Spanish at Vivir Agradecidos.

Every action has an ancestor of a thought.
Ralph Waldo Emerson

We've sent daily emails for over 16 years, without any ads. Join a community of 244,610 by entering your email below.