Home > News > Community-Led Initiatives that Are Protecting the Natural World

Community-Led Initiatives that Are Protecting the Natural World 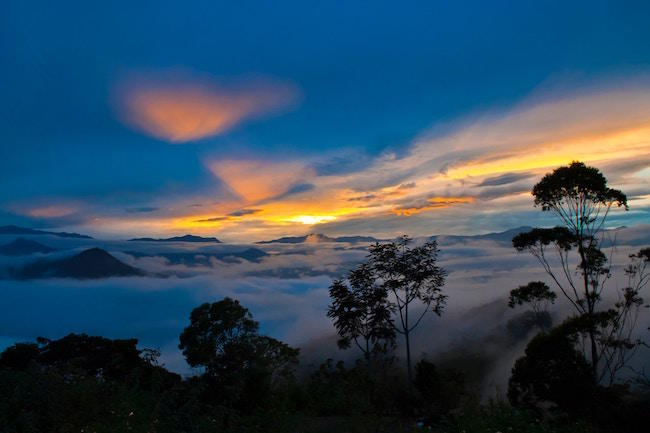 In 2008, Ecuador's leadership rewrote its constitution to include the rights of nature, effectively awarding legal rights to the environment. This change was led by many grassroots environmental advocates, including Natalia Greene, an organizer and environmental activist who played a key role in the development of the constitutional changes. In a 2015 talk about her experience, Greene said the changes were very bold: "It is very important because this means we don't necessarily depend only on the state to guarantee the rights of nature. Anyone in Ecuador can guarantee these rights."

Indigenous communities have recognized the rights of nature for thousands of years, but Ecuador was the first country to make it a constitutional right by awarding ecosystems legal rights to protect the environment and its people. It was a seminal moment for the fast-growing environmental movement. The Community Environmental Legal Defense Fund (CELDF), based in Mercersburg Pennsylvania, has been at the forefront of the rights of nature movement since its inception. In 2006, the group worked with the Pennsylvania community of Tamaqua Borough to pass a rights of nature law to protect against toxic sludge being dumped on local farmland. The group has been involved in dozens of grassroots campaigns till date, including in Ecuador.

Mari Margil, the organization's associate director, says there are many communities across the U.S. that are pressing the issue of rights of nature through law making, community mobilization, and within the court system. The communities are building a movement and advancing a new paradigm for protecting the environment. "It's a movement that in the past 10 years has accelerated rapidly," she said. Here are just a few examples:

In 2008, Ecuador became the first country to carve out rights of nature with an article in its constitution, which begins: "Nature, or Pacha Mama, where life is reproduced and occurs, has the right to integral respect for its existence and for the maintenance and regeneration of its life cycle, structure, functions, and evolutionary processes."

The Ecuadorian people ratified the new constitutional document in September of 2008. It redefined how nature was considered under the law. Importantly, the people of Ecuador had the legal power to represent environmental ecosystems. A piece in Scientific American elaborates:

"In practice, that means that all persons, communities, peoples and nations can demand that Ecuadorian authorities enforce the rights of nature. One of those rights, according to article 72, is the right to be restored. Ecuador’s approach to nature’s rights, which was soon emulated in Bolivia, were notable in two ways. First, it grants nature positive rights – that is, rights to something specific (restoration, regeneration, respect). It also resolves the issue of legal standing in the most comprehensive way possible: by granting it to everyone. In Ecuador, anyone — regardless of their relationship to a particular slice of land — can go to court to protect it."

Ecuador has a breadth of biodiversity — it is one of the most environmentally rich places in the world, and Greene says protecting the biodiversity from industry and development was one reason Ecuador made the changes. The intention was to find a new model for development, she said. "We were very aware of following a capitalist model of development like the countries of the North was not the right path, because we were already aware of the climate crisis and what was happening."

While Ecuadorian environmentalists have had success enforcing the rights of nature, she indicated that communities need to remain vigilant in protecting the environment in places like the Yasuní National Park and Biosphere Reserve, which remain threatened by oil extraction. In 2015, Human Rights Watch ran a piece titled "Environmentalists Under Siege in Ecuador," which describes former President Rafael Correa’s “multipronged campaign” against environmental dissenters.

Last March, in what the Guardian described as a "world-first" the New Zealand government granted the Whanganui River legal rights (although, the MÃ Âori tribe had been fighting for recognition of the river as an ancestor for 140 years). Similarly, India granted legal rights to both the Ganga and Yamuna Rivers when the Uttarakhand High Court declared they are "living human entities."

While Ecuador and Bolivia enshrined the rights of nature into its constitutions, different courts have awarded the legal rights to specific rivers across the world. Legal rights, are of course, distinct from human rights. The Conversation, an academic news source, pointed out that this happened in the span of the same week. "Giving nature legal rights means the law can see 'nature' as a legal person, thus creating rights that can then be enforced. Legal rights focus on the idea of legal standing (often described as the ability to sue and be sued), which enables 'nature' to go to court to protect its right." But there is still a question about whether the rights of nature will be more universally recognized by courts.

3. Ecosystems in the Courts

There are a few instances in which environmentalists have pressed this case in the U.S. court system, often with the support of the Community Environmental Legal Defense Fund. The most recent example was in Oregon where the Siletz River ecosystem filed a lawsuit to protect itself from pesticides being dumped from planes. Margil says that the organization worked closely with the Lincoln County Community Rights, a local community group, to draft a rights of nature initiative and organize. "We are now providing legal counsel representation for the ecosystem," she said.

Earlier, Lincoln County residents had banned the spraying of pesticides from a plane, which was quickly challenged by local farmers who argued it was their "right" to use pesticides aerially. The environmentalists responded by filing a motion to intervene in this case, and Siletz River Ecosystem as a plaintiff. Rio Davidson, of Lincoln County Community Rights, told the Public News Service that the idea is that nature "needs to have rights." "The only way to sometimes protect nature is by actually having nature intervene itself into a lawsuit, and that's essential to the ecosystem, to ongoing health-function and survival," he said.

Carol Van Strum, a local environmental advocate, naturalist, and farmer said that was a "significant and groundbreaking effort," in an interview with Truthout. She said it came "literally from the ground. It is also significant because it starts with communities taking back control of their lives and environment that industry-controlled governments have taken from them." Environmental groups have expanded this work, along with the Oregon Community Rights Network. They proposed the rights of nature as a constitutional amendment initiative for the state.

The folks in the borough of Tamaqua, Pennsylvania, were sick and tired of sewage haulers in the region spreading foul-smelling, toxic sludge on agricultural land — with the permission of the farmers and the backing of the state. People were getting sick — even dying — and local governments felt powerless to do anything about it. So, with the encouragement of Thomas Linzey, head of the nonprofit Community Environmental Legal Defense Fund, the borough passed an unprecedented law giving ecosystems legal rights of their own. Yes, you read that right. The trees, rivers, mountains and all the little critters that live in them have rights just like people, at least in Tamaqua.

The Community Environmental Legal Defense Fund worked with the Tamaqua Borough community to codify the rights of nature. In a timeline of the movement, the group writes: "With the vote of the Borough Council, Tamaqua became the very first place in the United States, and the world, to recognize the Rights of Nature in law."

One of the most successful examples of rights of nature initiatives is in the city of Pittsburgh, where in November of 2010, local leaders awarded the rights of nature in an unanimous vote. It was borne from an effort to prevent fracking pollution.

In a fascinating expose, Business Insider's Madeleine Sheehan Perkins points out that before Pittsburgh, rights of nature in the U.S. had mostly been adopted by conservative rural communities Tamaqua. There had been more pushback in progressive cities than there has been in smaller rural towns. As her account explains, in 2010, Bill Peduto, then councilman and now mayor of Pittsburgh, queried leading environmentalists for any ideas on how to protect  residents from fracking, which can contaminate drinking water and pollute the land. In an email, Ben Price, organizing director for Community Environmental Legal Defense Fund, pitched the idea of rights of nature, writing that "the only way to protect the community as a whole from fracking [is] to not allow fracking to occur," according to the Business Insider account.

Peduto responded — including many of Pittsburgh's leading environmentalists and organizers on the email — by saying that they needed to "establish municipal authority and rights" and pointed to earlier successes of the Community Environmental Legal Defense Fund. Environmentalists in Pittsburgh had fought for many years to turn the corner on its industrial past, and many saw fracking as a move in the wrong direction. It was ultimately the hard work of community groups that won a unanimous vote for rights of nature in Pittsburgh. Or as Perkins wrote: "It wasn't Price's 'silver tongue' that won over the council members, but the organizing in the community that demanded the rights of nature law be passed."


This article is syndicated from Shareable, an award-winning nonprofit news, action and connection hub for the sharing transformation. Kevin Stark is a journalist with Chicago's Data Reporting Lab. His focus is environment, energy, and climate change, and he has written about sea level rise, industrial pollution, environmental justice, global climate research, and housing policy.

Peace is the only battle worth waging.
Albert Camus

We've sent daily emails for over 16 years, without any ads. Join a community of 159,840 by entering your email below.