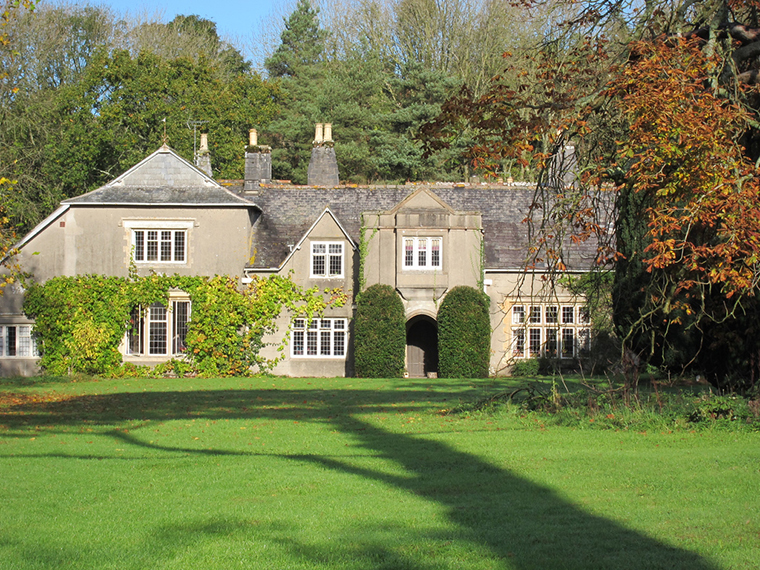 “This is not like any other place that I have studied in,” says Pauline Steisel, a 23-year old post graduate student from Belgium, as she chops carrots in a steamy kitchen with several of her fellow students.

“I did not expect to learn so much here about myself, about others, about sharing learning and working with others. It’s like learning about life,” she adds. Pauline has only been in Schumacher College for a few weeks but already the transformation has begun.

Set in the grounds of the historic Dartington Hall in rural south west England, the college has gained an international reputation as much for its pioneering approach to student life as for its innovative courses. Students experience what is described by some as ‘deep immersion’ as they explore themes around ecology, economics and spirituality, while sharing the responsibilities and the struggles of living together as a community.

One of the college’s founders, Satish Kumar, believes that this approach has lifelong benefits: “We are not just in a pursuit of knowledge but also of wisdom,” says the former Jain monk and now peace activist:

“Community learning is learning in a collective way with a collective consciousness and collective ideas, but it’s also about shared tasks, working with one another. We are learning for ourselves, for self-discovery, but this learning is not to have a big status. It’s about serving society, the earth and each other.”

The college follows the principles of ‘head, heart, hands’ in its approach to education. All students, whatever they study, are encouraged to be creative and to care for others.

“Some students who come here do not know how to boil an egg when they arrive,” says Satish. “We are teaching them how to be self-sustaining humans; how to grow food, how to cook, how to live.”

This concept of multi-faceted learning stretches back far beyond Schumacher’s inception in the early 1990s. It is but one of the many pioneering projects that have grown out of what became known as “the Dartington Experiment.”

Almost a century ago, Dorothy and Leonard Elmhirst bought the crumbling Dartington Hall which is set within a large estate of fields, forest and farm buildings.

Close to the wilderness of Dartmoor National Park and the Devon coastline, it has an extraordinary history dating back over 1,000 years, being mentioned in the Royal Charter of 833AD and at one point owned by two of the wives of Henry VIII.

By the time the Elmhirsts bought it in 1925 it needed vast amounts of money for restoration. Fortunately, thanks to Dorothy’s wealth, their pockets were deep.

Under the guidance and inspiration of Indian Poet and philosopher Rabindranath Tagore they launched a progressive school with a commitment to multi-dimensional learning. Students were as likely to learn how to fix a car engine as to read Chekhov.

Even today, the list of achievements of Tagore, who came from Bengal, would be regarded as extraordinary. But in 1920’s Britain recognition for someone who came from the Indian subcontinent was almost unheard of.

He was the first non-European to win the Nobel Prize for literature and was also a fine artist who exhibited in Paris. Many of his beliefs around education, ecology and women’s rights were way ahead of their time.

Leonard Elmhirst, a vicar’s son from Worsbrough in Yorkshire, had met Tagore while working in India, and introduced him to his wife, the American social activist Dorothy Whitney Straight.  She had been very involved in women’s trade unions in the US and was also instrumental in setting up the liberal-progressive magazine The New Republic and the New School for Social Research in New York City, both of which still exist today.

It was this spirit, in part, which fuelled the ambitions of Dartington. The Elmhirsts believed deeply in the importance of living what they termed ‘a many-sided life,’ but they also wanted Dartington to become a place where conventional wisdom would be challenged.

As a result, the Hall became a beacon of enlightened social and political exploration, attracting iconic figures such as the writer Virginia Woolf, James Lovelock the environmentalist, and the potter Bernard Leach.

Dartington was the birthplace of the Arts Council, one of the UK’s foremost funding bodies for support and encouragement of the arts, and the country’s first performing arts school.  The estate was also home to the ‘progressive’ Dartington Hall School whose alumni include Lord Michael Young, who drafted the Labour Party’s election manifesto in 1945 and went on to found numerous progressive institutions including the consumer magazine Which?, the Open University, and the National Extension College.

In 1951 the International Summer School was launched which still maintains its international reputation for offering amateur musicians the opportunity to perform with world class talent such as Aaron Copland, Ravi Shankar and Daniel Barenboim.

Yet despite these achievements, part of what makes Dartington special, according to Jon Rae, the director of Schumacher College, is a willingness to change.

He describes it as a “cauldron” where diverse people come together with an openness to explore new possibilities.

It was this melting pot that was partly responsible for the development of the college itself, created in 1991 to crystallize emerging ideas about ecology and sustainability even though they ran counter to the legacy of the Elmhirsts who had favoured more intensive farming.

“I think what drew people here was the very fact that then, most higher education focussed on dominion, a separation of ourselves from nature,” says Jon. “That is alienating for many people."

"The paradigm we are exploring and cultivating is an ecological world view which is not concerned with dominion over nature but integrity in nature. We live in a tightly interconnected but highly fractured nuclear-armed world where we must find ways to get along. We must nurture our empathy and biophilia and acquire the art and science of systems-thinking or the quality of mind that discerns the ‘patterns that connect.’”

The zoologist and ecologist Stephan Harding was one of the founder members of Schumacher College. He thinks this holistic approach has played a key part in the success of the college and the wider ethos of Dartington, fearing that too much of modern society has become a slave to the intellectual:

“What we are doing here is trying to take the best insights of western culture. Western culture has made us clever but it has not made us wise. Cleverness should be the servant of wisdom. Naturally, vocational training is the first level. But here we go deeper, to give the person an understanding of deep meaning in nature and reality. Tagore is the spirit in which we approach this understanding of wholeness.”

The college continues to grow and has developed an international reputation, attracting students from over 90 countries worldwide to its unique form of nature-based education. It runs three masters programs as well as short courses related to ecology, sustainability, spirituality and leadership.

For some, the opportunity for communal living is a particular bonus when they are so far from home; for others it can be a life-changing experience.

“For each of us, and collectively in society and between societies, we are forever choreographing the dance between freedom for the individual and fairness with others and all life,” says Jon:

“We hope that participants move on ever more connected with themselves, with others and with the natural world, resilient with deep pools of passion, love, empathy and curiosity, and armed with the tools, insights and inspiration so that they can better marry spirit with practice for a life enriching world.”

Today, the Dartington Experiment continues to evolve and adapt amid an ever changing social and environmental climate, yet the spirit of Tagore remains. Satish Kumar insists it is essential if we are to embrace the challenges that face the future of the planet.

“Spirituality is not a way of religion, it is about how to develop a sense of relationship and compassion, a unity of life and humility. We want to build on our heritage—all these people who have come before, from Bernard Leach to Tagore. We are taking their spirit and making it relevant for our time.”

This article originally appeared in the Transformation section of OpenDemocracy. It is republished here with permission.  Author Andrea Kuhn has worked as journalist and TV producer for a variety of print and broadcast organizations including the Daily Telegraph in Sydney and the BBC. She spent five months in Auroville, an international spiritual community in Southern India, and recently joined Schumacher College as their communications coordinator.

Simplicity, patience, compassion.
These three are your greatest treasures.