--by Amrita Mandagondi, syndicated from kindspring.org, Feb 02, 2021
(KindSpring Writer Amritha Mandagondi had a chance to sit down and interview Elizabeth Buechele, the Founder of SmileProject. Here's her inspiring interview on how Elizabeth has found happiness every single day, for the past 3,307 days.)

They say life happens to those who pause and listen. Listen intently to that voice that’s calling out the boundless possibilities from within. Our friend in New York, Elizabeth Buechele from the age of 17 has set out on a journey to find the true meaning of happiness. There was no mentor or guide reaching out to help her define what qualifies as “happiness” and what doesn’t. She may continue to be on her quest but is confident that happiness lies in things that are not small but simple.

Starting as one of her many rewarding accidents, the crusade of The Smile Project began in the late fall of 2011 as Liz drove home from school.

“It was unusually warm for that time of year and I had my windows down and my radio up. I couldn’t tell you a single song that was on the radio, but I remember I was happy,” she recalled. “It was more than that, though. Most days I would have just felt the emotion of joy, smiled, and moved on. But something deeper hit me.” 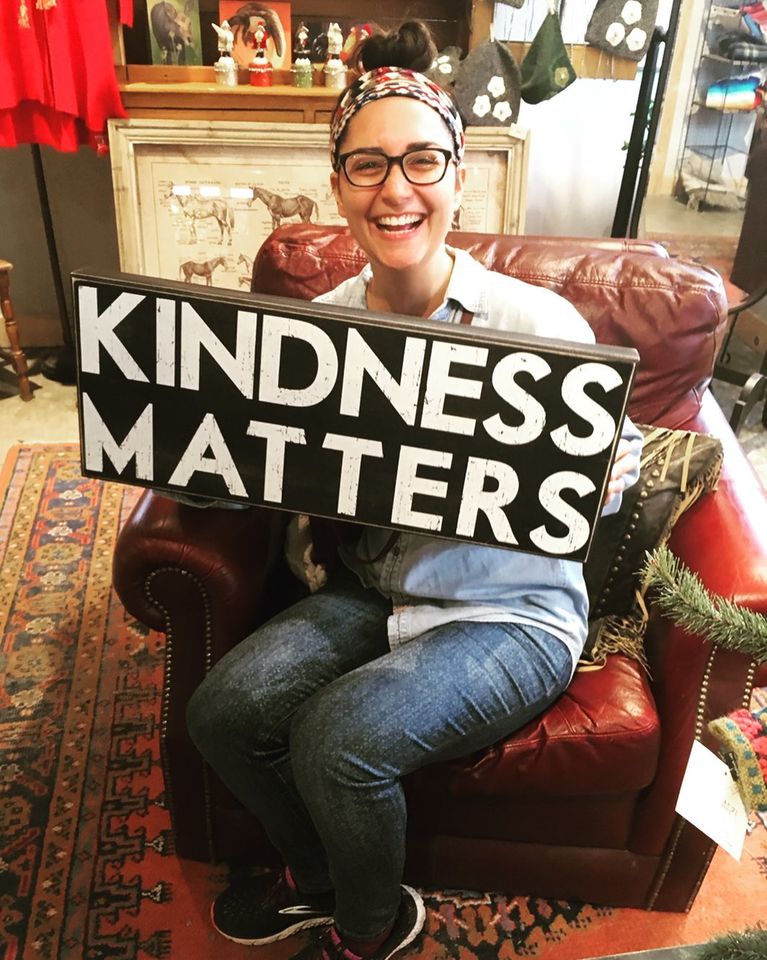 “I got home and I did what any 17-year-old would do in 2011 when they think they have a life-altering message to communicate with the masses. I posted a Facebook status stating, “Day 1: Happiness is… those perfect car rides where the radio just plays all the right songs.”

As day 1 turned into day 2, 3, 4 and now nearly 3,307 consecutive days of finding joy, The Smile Project has grown into a full-fledged happiness campaign with one simple mission: share joy.

Liz Buechele started writing down what made her happy each day. One "Happiness is'' at a time. This practice of writing daily joy grew into “The Smile Project”. She has inspired many across the globe to pause, reflect, and find that one joy that may have brushed through their days. She confesses that it was difficult initially to stay true to the commitment of finding gratitude every day but found an unwavering strength to believe that there is no day without joy and she felt moved to look for one each day. Many of her followers are inspired as she shares, “It’s easy to feel that what we do is so small, but none of us will ever truly be able to grasp the profound impact that our lives will have on one another. Happiness and kindness are just another way to express love and that’s something I think we could all use a little more of right now.”

“People are good, people are kind and they want to take care of one another,” she says. To live into this idea with other people, she and a friend set out on a 56-day pay-it-forward kindness road trip. During the tour, the duo connected with nonprofits to pay-forward acts of goodwill to the next city - the result was that they created a web of kindness across the United States, where one group would do something nice for the next group. A humanitarian center in New Mexico would help gather supplies for an animal shelter in Arizona, and the friends at the animal shelter would write letters to veterans in San Diego. Then those veterans helped pack school supplies for an after-school program in LA.

“The main thing that has stuck out to me through this expedition is the human connections we have made with people from different parts of the world, all with beliefs, but connected in love,” she reflected. She is humble, kind, and intentional. When asked about how any of this affected the quality of her relationships, she’s quick to add that this "happiness boot camp,” as she calls it, has made her hyper self-aware and has enabled her to become a better friend, daughter, sister, and student. “If I can find something good in every day, then I can find something good in every person,” she adds.

A comprehensive look at over eight years of intentional joy: I started posting ‘Happiness is’ when I was a moody 17-year-old. I didn’t know a t 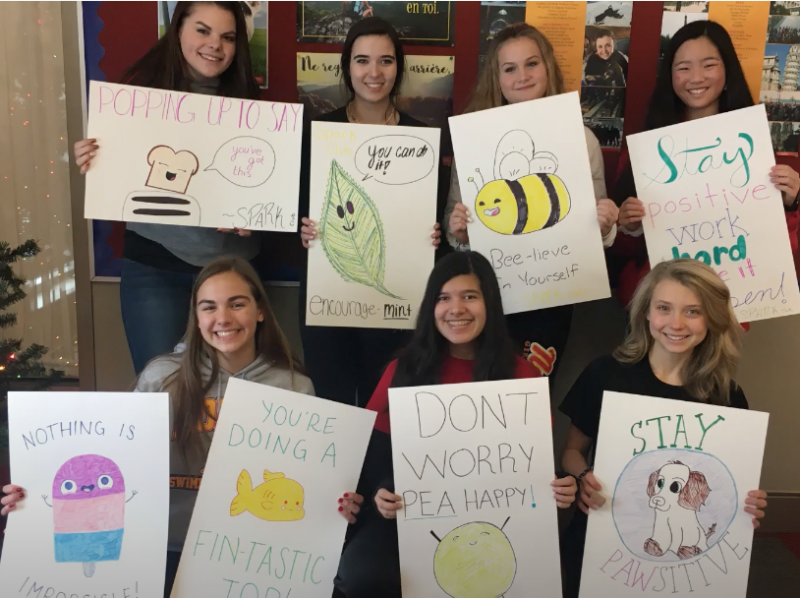 hing about Happiness. And still, for 3,000 consecutive days, I made an intentional decision to figure it out.

There is nothing inherently earth-shattering about this idea and no part of it is something that anyone else couldn’t do. Its simplicity is what makes it beautiful.

Every single day since I was 17 and a half years old, has been punctuated by daily joys. But the thing is, so was every single day when I was 14 and 15 and 16. There has always been so much joy enveloping me, I just wasn’t able to see it. It wasn’t until I forced myself to record these moments, that I began to actively look for them and it wasn’t until I was actively looking for them that they began to appear to me everywhere I looked.

I talk about Day 1 a lot when I write about The Smile Project. But I should spend more time talking about Day 2. If I’m honest, I wasn’t sure what I was doing on November 9th, 2011 when I posted my first ‘Happiness is.’ I didn’t even know what ‘Happiness is’ was. And were it not for a single moment in the Costco parking lot with my mother the next day, I probably would have forgotten about it entirely. You see, I had jumped on the cart and was skating down the gradual hill in the parking lot, much to my mother’s concern, when an older lady across the aisle shouted over, ‘That’s okay! My husband still does that!!’ A smile. A wave. A moment that, when I settled into the passenger seat of the car and buckled my seatbelt, I realized, made me happy. Something to post about for Day 2.

There have been many times over the past eight years where I thought about giving up, where I was sure I didn’t want anything to do with this project -- even as recently as a few months ago. But there is always something. After all, my brain’s been through 3,000 days of unintentional happiness boot camp. For a multitude of obvious reasons, I am not the same person I was when I was 17. And I owe so much of that to not just that car ride that prompted ‘Day 1,’ not just to the lady in the Costco parking lot, who gifted me “Day 2,” but to every single person who has been a part of my life in the 3,000 days since.

Syndicated from KindSpring.org. KindSpring is a place to practice small acts of kindness.The site is 100% volunteer-run and totally non-commercial. It is a shared labor of love. Amritha Mandagondi is an educational consultant and a volunteer with KindSpring.

If you think education is expensive - try ignorance.
Derek Bok

We've sent daily emails for over 16 years, without any ads. Join a community of 245,248 by entering your email below.