Home > News > Wintering: The Power of Rest and Retreat in Difficult Times

Wintering: The Power of Rest and Retreat in Difficult Times

The following passages are excerpted from Wintering: The Power of Rest and Retreat in Difficult Times, by Katherine May, published by Riverhead Books, Nov 2020

Everybody winters at one time or another; some winter over and 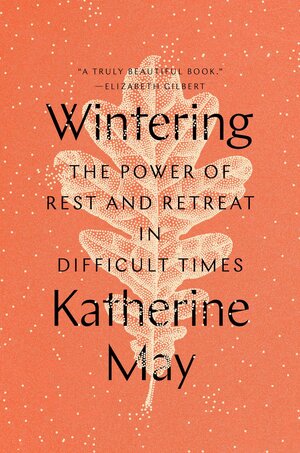 Wintering is a season in the cold. It is a fallow period in life when you’re cut off from the world, feeing rejected, sidelined, blocked from progress, or cast into the role of an outsider. Perhaps it results from an illness or life event such as bereavement or the birth of a child; perhaps it comes from a humiliation or failure. Perhaps you’re in a period of transition and have temporarily fallen between two worlds. Some winterings creep upon us more slowly, accompanying the protracted death of a relationship, the gradual ratcheting up of responsibilities as our parents age, the drip-drip-drip of lost confidence. Some are appallingly sudden, like discovering one day that your skills are considered obsolete, the company you worked for has gone bankrupt, or our partner is in love with someone new. However it arrives, wintering is usually involuntary, lonely, and deeply painful.

Yet, it’s also inevitable. We like to imagine that it’s possible for life to be one eternal summer and that we have uniquely failed to achieve that for ourselves. We dream of an equatorial habitat, forever close to the sun, an endless, unvarying high season. But life’s not like that. Emotionally, we’re prone to stifling summers and low, dark winters, to sudden drops in temperature, to light and shade. Even if by some extraordinary stroke of self-control and good luck we were able to keep control of our own health and happiness for an entire lifetime, we still couldn’t avoid the winter. Our parents would age and die; our friends would undertake minor acts of betrayal; the machinations of the world would eventually weigh against us. Somewhere along the line, we would screw up. Winter would quietly roll in.

Plants and animals don’t fight the winter; they don’t pretend it’s not happening and attempt to carry on living the same lives that they lived in the summer. They prepare. They adapt. The perform extra-ordinary acts of metamorphosis to get them through. Winter is the time of withdrawing from the world, maximising scant resources, carrying out acts of brutal efficiency and vanishing from sight; but that’s where the transformation occurs. Winter is not the death of the life cycle, but its crucible.

Once we stop wishing it were summer, winter can be a glorious season in which the world takes on a sparse beauty and even the pavements sparkle. It’s a time for reflection and recuperation, for slow replenishment, for putting your house in order.

Doing those deeply unfashionable things—slowing down, letting your spare time expand, getting enough sleep, resting—is a radical act now, but it is essential. This is a crossroads we all know, a moment when you need to shed a skin. If you do, you’ll expose all those painful nerve endings and feel so raw that you’ll need to take care of yourself for a while. If you don’t, then that skin will harden around you.

It’s one of the most important choices you’ll ever make.

Vocation is the place where our deep gladness meets the world's deep need.
Frederick Buechner