“I’m a little pencil in the hands of God who is scripting his love letter to the world.”
~Mother Theresa

Finding a letter of encouragement in the mail or tucked unexpectedly in the unlikeliest of places is sometimes all we need when in doubt or feeling down on our luck.  And imagine receiving this note anonymously, as if some magical force out there knew just what you needed to hear and wanted you to know that you haven’t been forgotten. In the fall of 2010, in the midst of her own depression and loneliness, Hannah Brencher was inspired to become this magical force.  Not inspired by something wonderful that suddenly took away her loneliness; but inspired by feeling the loneliness and suffering of others deep in her own heart.

During one morning commute, Hannah noticed a middle-aged woman sitting across from her, staring down at the floor and her unlaced construction boots.   No life stories needed to be exchanged for Hannah to feel a connection with this woman.  They were connected through an unspoken sense of uncertainty, fear, and sadness.

Glancing down at the open notebook in her own lap, Hannah found herself writing the woman in construction boots a letter.  Completely engrossed, ten minutes had passed before she looked up to see that the woman had disappeared.  But something beautiful had occurred…

The Art of Forgetting Oneself...
For ten whole minutes, Hannah forgot about her own sadness. And before she knew it, over the next few weeks and months, beautifully written love letters were left for strangers to discover in places as random as the United Nations headquarter bathrooms and in between the pages of Barnes and Noble books.

As she described in her blog:

“I became quite accustomed to the thrill of writing to strangers and leaving my letters behind as if they were my own personal trail of bread crumbs. Central Park. Grand Central Terminal. A Slew of Diners claiming to have the World’s Best Coffee. 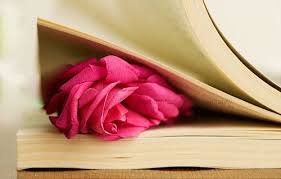 Through these letters I learned to pour out my heart to perfect strangers as if it were the same fine brew that spouted from my teapot. Leaving Letters Behind. For Some Romeo. Some Juliet. Some Heloise. Some Other Soul Who Needed Words That Day.”

It wasn’t a panacea for Hannah’s loneliness…but the art of love letter writing presented something wonderful to focus on besides her own sadness.

400 Love Letters
Through her blog, Hannah promised her virtual community a love letter to anyone that requested one. Expecting about 20 email requests, she was definitely surprised to read over 100 requests the next morning!

“I wanted to do an act of love so extravagant that they will have no idea how to repay me. It wasn’t about the love letters, but what they symbolized. Love 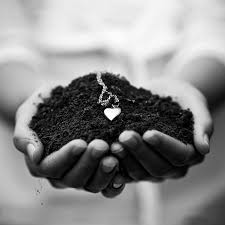 letters symbolize presence and intention and above all connection. I wanted anyone receiving a letter to realize that I don’t need to know them in order to love on them.”

Over the next year, Hannah wrote 400 letters to strangers. She poetically articulated the experience in her blog,

“A Toast to Loneliness, Calluses and Love Letters. I never knew that Loneliness could be such a comforting feeling until it propelled me to write 207 Love Letters. Thank You, Loneliness, for teaching a lost girl just how to script her Sadness into Love.”

It wasn’t easy. And it was never Hannah’s intention to become visible and in demand. With every incoming request, she wondered how her callused fingers could script another authentic letter. Her mother suggested that she photocopy a bunch of the older letters and mail them out but Hannah thought about how much courage it must take for someone to ask a stranger to write them a love letter. “How could I not take the time to love that person?” she asked herself.

“I might be the only impression of what a stranger might do for another stranger in that person’s life and I needed to do it right.”

Nearing the 400th letter mark, Hannah told herself that she would close the chapter at that number. At letter number 397 a reporter from the Wall Street Journal approached her about writing a story on the use of social media to drive the hand written practice.

Impacting Lives, One Love Letter at a Time
At first she was nervous about the new influx of letter requests that the story would surely inspire. But then an interesting thought crossed Hannah’s mind. What if social media could be used to not only spread more love off line, but also to empower others to make an impact in a genuine, yet uncomplicated way? Anyone could come to the website and request love letters for someone they care about and anyone could join the online community as a volunteer letter writer. And all of it would be free of charge.

“I wanted people to feel like even if they don’t have money to donate to a cause, they can still join a very awesome cause, and their work can have impact in the world. I also wanted to represent the idea of a no strings attached kind of love: I don’t need to know anything about you or need anything from you to love you so extravagantly that they will realize there must be good in this world.”

Since that “aha” moment, The World Needs More Love Letters has become a movement, growing by 100 people every day with a presence in all 50 states. And love letters have been found in places as far away as Italy and China!

“One of the most beautiful things is that you may never know the impact you had, you just have to trust it. A woman emailed me 2 months after she received her letter. She read it every night for 2 months and then wrote us about how much it meant to her. What’s beautiful is that the letter wasn’t intrusive, but it added something that might have been missing.”

Hannah receives emails almost everyday from people that have been impacted by these letters. A solder in Afghanistan that is suffering from PTSD wrote to Hannah recently. He described that he was sitting on the floor and crying while reading these letters, which had been requested on Hannah’s website by his sister. The letters re-instilled his faith in humanity and goodness.


Cultivating Self Love
Do you have to be in a positive mood to craft these kinds of thoughtful letters? After all, the letter should communicate genuine encouragement, hope, and faith.

If anything, Hannah is a testament to the contrary. In the ten months that she wrote 400 letters to strangers, there wasn’t a day when she felt like writing a letter.

Here is what she shared in her blog during that time:

“Self love is a concept more tangled to me than the mess of Christmas lights now harbored up in my attic for another 300 or so days. I’ve struggled with it. A lot. And every time another letter request comes to sit in my inbox, outlining the tracings of a girl who just doesn’t know how to value herself, I am reminded: I might not be so equipped to write this love letter. Some days I am. Other days, I need it myself.

Step One is always to write to her. To let her know that I am rushing to reach her mailbox. Her fingers. Her hands.

Step Two is to step back and find a way to speak love into my own arms.

Step Three is to write it all down.”

So what got Hannah out of bed was the knowledge that there was someone waiting for a letter to arrive in the mailbox. And each time she sat down to write a letter, she experienced that beautiful connection to someone and something outside of herself, outside of her own confusing cycle of thoughts.

“It’s not about you anymore…it’s about what you can do to give someone else a better day.”

To learn more about Hannah and The World Needs More Love Letters, listen to her TED Talk and check out the organization’s website!

Reprinted with permission. Bela Shah is a sincere explorer on life's path, a dedicated ServiceSpace volunteer and an accomplished writer for its weekly Forest Calls.