The Nature of Ambition 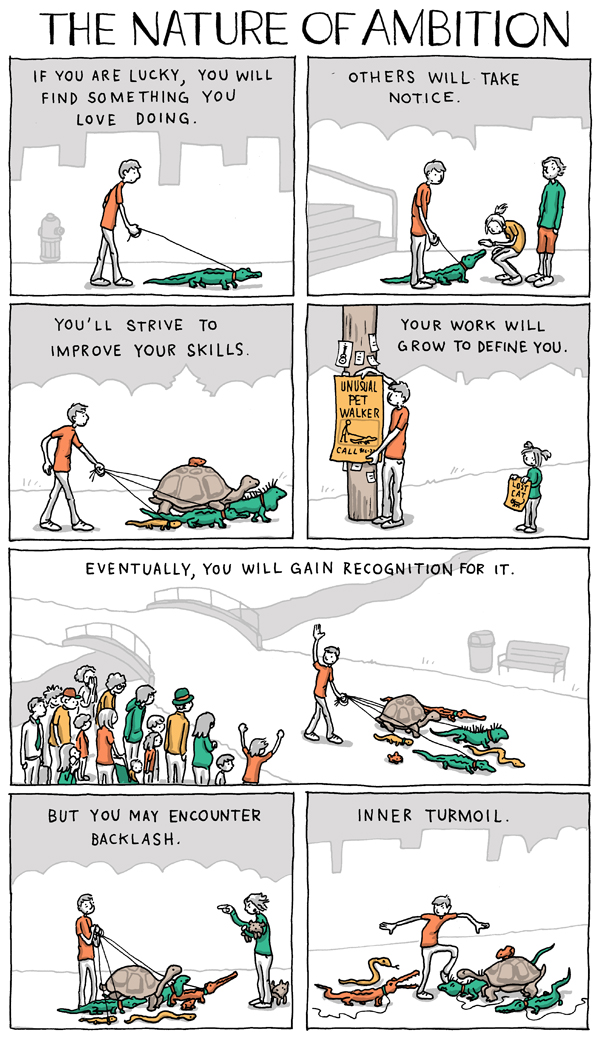 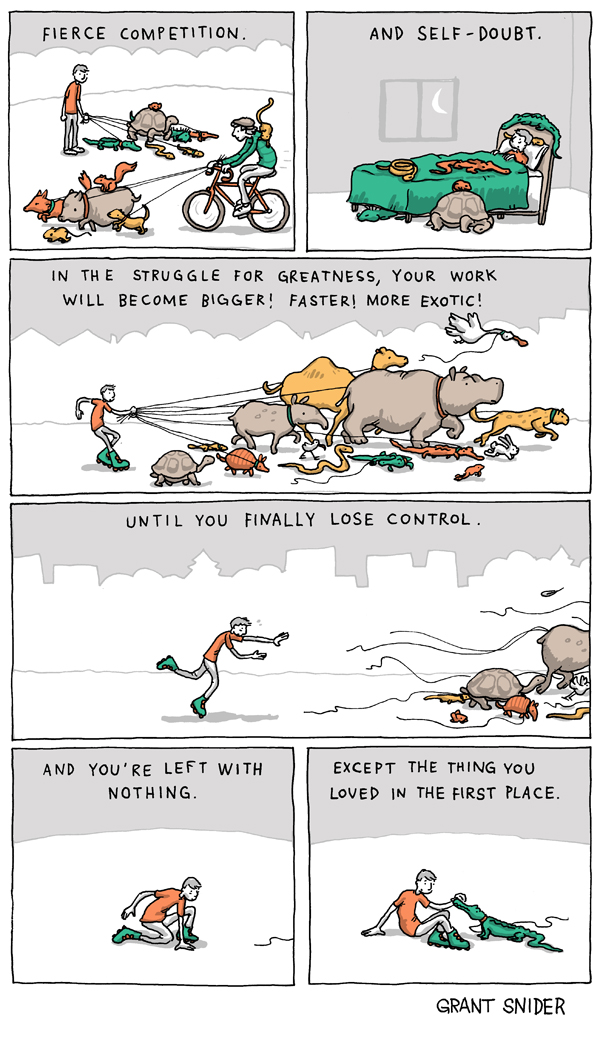 This piece was originally published on Incidental Comics and is reprinted here with permission. Grant started out drawing a daily cartoon for the University of Kansas student newspaper, which led to a weekly strip called "Delayed Karma" for the Kansas City Star. His comics and illustrations now appear in newspapers, magazines, and across the internet. He is currently studying orthodontics at the University of Colorado-Denver and hoping that readers of Incidental Comics are easier to entertain than teenagers with braces.