Every year, Joan Wright-Albertini, a first-grade teacher at Park Day School in Oakland, California, transforms her classroom into a virtual rainforest, a desert, or an ocean — whatever ecosystem interests her students most. But in recent years, she has also added to the months-long study of habitats an unusual, daring twist that has deepened both her students' understanding of their connection to the natural world and belief in their ability to help protect it. The story, which appears in the Center's book Ecoliterate: How Educators Are Cultivating Emotional, Social, and Ecological Intelligence, is illustrated through the photos below. In a first-grade class at Park Day School, students spent several months transforming their classroom into an ocean habitat, ripe with anglerfish . . . . . . octupi, coral, jellyfish, leopard sharks, and deep-sea divers (or, at least, paper facsimiles of them). Each student selected one ocean creature to study in depth, and taught his or her classmates all about it. They also shared what they learned with the entire K–8 student body. Then they presented to their parents during an evening event, after which some very determined students had to be gently dragged away as bedtime approached. The next morning brought something most unexpected. The room was dark, and a black substance covered the creatures they’d lovingly created. “There’s been an oil spill,” said their teacher, Joan Wright-Albertini. The students were already familiar with oil spills — but even though this mock disaster was really created by stretching out black lawn bags, it felt personal, and they wanted to know more. After reading about how people clean up after an oil spill, students asked, “What can we do?” One boy suggested they put on their gardening gloves. Then they got to work, completely restoring the mock habitat they had worked so hard to create. When their work was done, they joined their teacher to discuss what they learned: why it was important to take care of nature, what they could do to help, and how the experience made them feel. “I could have cried,” Wright-Albertini says. “But it was so rich a life lesson, so deeply felt.” Indeed, she saw her students progress from loving the ocean creatures they had created to loving the ocean itself while gaining the knowledge that, even as six- and seven-year-olds, they could make a difference.

For Love of Nectar: The Dazzling Sunbirds of India 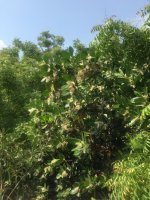