Home > Everyday Heroes > The Man Who Stopped A Nuclear War
Faith is a withholding of conclusion, so that you allow what is to arise.
Adyashanti

The Man Who Stopped A Nuclear War 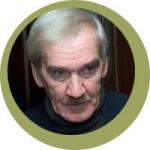 May 14, 2011-- Ever heard of Stanislav Petrov? Probably not, even though he saved the world as we know it. Petrov, a former member of the Soviet military, didn't actually do anything, but that was precisely the point. In 1983, Petrov held a very important station: as lieutenant colonel, he was in charge of monitoring the Soviet Union's satellites over the United States, and watching for any sign of unauthorized military action. This was the Cold War era, and suspicions were high. When an alarm announced that the US had launched missiles their way, Petrov could have pushed the red button to start a full-scale nuclear war. Luckily, he didn't, saying to the Washington Post, "I had a funny feeling in my gut." (7666 reads)

Read Full Story
What's your reaction? inspiring fascinating courageous hopeful
Take ActionThe next time you are about to make a decision with major impact, check in with your gut feeling.

We need to bring learning to people instead of people to learning.
Elliot Masie