Home > Generosity > A Poem of Kindness That Traveled The World
Most travel, and certainly the rewarding kind, involves depending on the kindness of strangers, putting yourself into the hands of people you don't know and trusting them with your life. --Paul Theroux

A Poem of Kindness That Traveled The World 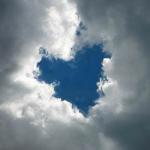 May 3, 2013-- Some years ago Arab-American poet Naomi Shihab Nye wrapped a poem around an unexpected experience of both distress and kindness that she encountered at an airport in Albuquerque. She sent it off to exactly two friends, who passed it on to friends, who passed it on to friends. And in this way it circled the globe. Nye later remarked that this spontaneous series of people passing the poem on had resulted in far more people reading it than it would have, had it appeared in a magazine. Read her heart-warming poem here. (103478 reads)

Read Full Story
What's your reaction? inspiring fascinating courageous hopeful
Take ActionThe next time you travel, tune into the kindness of strangers around you, and look for opportunities to be a kind stranger to someone else.

Believe what your heart tells you when you ask, "does this spark joy?"
Marie Kondo