Home > Generosity > Collective Nouns for Humans in the Wild
Poetry is a political act because it involves telling the truth.
June Jordan

Collective Nouns for Humans in the Wild 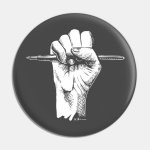 Jun 6, 2022-- When Kathy Fish was asked, in 2017, to contribute to the online journal, Jellyfish Review, she had a piece all cued up-- but then something happened in Las Vegas, that shook the nation, and Fish found herself writing a different piece for the platform instead. It went viral. It was titled, "Collective Nouns for Humans in the Wild." In Fish's words, "It weighs in at under 150 words and I've seen people call it a poem, a flash fiction, even an essay. I think it's sort of a hybrid piece, a prose poem." Call it what you will, five years later, it speaks searingly to the present times. (3215 reads)

The unexamined life is not worth living.
Socrates

We've sent daily emails for over 16 years, without any ads. Join a community of 162,699 by entering your email below.