[Last year, about fifteen of us had a breakout call with some 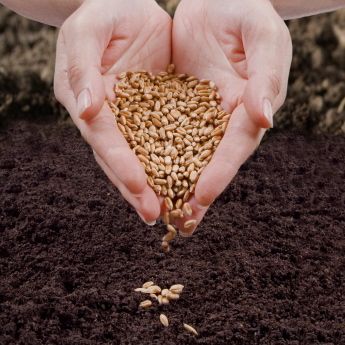 visionaries of World in Conversation and Laddership Circles, around working with volunteers.  Below is a glimpse of the Q&A that emerged, on the call and afterwards.]

Our efforts attracts many volunteers, but we don't use them effectively. What do you suggest?

The most fundamental design principle is our mindset. Typically, volunteers are used as a means to an end -- this is our mission, we need this stuff done to achieve our mission, and you can help us do these chores. ServiceSpace doesn't work that way. For us, volunteer experience is an end in itself. We believe that if a volunteer has a transformative experience, it will naturally ripple out into the world. With that mindset, everything looks different -- it makes all our processes very relational, and conducive to leveraging volunteer in a unique way. (Reference: Spirit of Service)

Sociologists tells us that there are two fundamental kinds of incentives: extrinsic and intrinsic. Money is on the extrinsic side of things while compassion is on the intrinsic side of things, and of course, there's many in between from power to fame to growth to meaning. Each type of incentive has its strengths, and the strength of intrinsic rewards is that they are regenerative. If some has a fulfilling giving experience, they'll want to give again without any external intervention, coercion, or marketing. In ServiceSpace experience, we noted that volunteers are strongest when they are moved by love. :) (Reference: Do Nothing Generosity)

Do other incentives, like offering small stipends or school credit, increase their commitment?

It actually does the opposite. Research shows that mix-and-matching incentives starts to bias towards the external and strips away the regenerative capacity of intrinsic incentives. For example, renowned researcher Edward Deci studied people who loved to solve puzzles. Initially, they would solve puzzles just for the love of it, but then he started to pay them to do the same thing. At a later point, he stopped paying them and he expected them to return to their original state ... but lo and behold, they were no longer interested in solving puzzles at all! (Reference: Can We Create Social Change Without Money?)

Isn’t it valuable to support people by giving them a job?

Absolutely, but you also can’t be all things to all people. You have to choose your creative constraints. In ServiceSpace, we felt that money will optimize our capacity to work in predictable, factory-like way but that corporate approach didn’t feel aligned with how compassion seemed to operate -- in an emergent, gardening-like way, where you plant seeds and wait for it to bloom naturally. So we chose three creative constraints: be fully volunteer-run, don’t fundraise, and focus on small acts. It limited us in some ways, but just as a blind woman cultivates an attuned sense of hearing, our constraints also opened up all kind of other resources. (Reference: Tao of CharityFocus, video on Values of CharityFocus)

It takes a lot of overhead to manage volunteers. How do we build that capacity?

Use volunteers to manage volunteers. Researchers have found that post-disaster relief work is more productive with ad-hoc support from well-intentioned individuals than formal organizational efforts. We can imagine that in an emergency situation, but would it work elsewhere? At Karma Kitchen, volunteers who have never served at a restaurant before and have never worked with each other come together to operate a complete restaurant, after just a half hour orientation. We’ve operated such events with thousands of different volunteers and no HR department. :) It works when management leads with gratitude, instead of hierarchical power. We think of it as a shift from “leadership” to “laddership”, where you lead in a way that explicitly empowers others to “climb” over you, a kind of ‘servant leadership’ that serves first and leads second. When your volunteer journey has been ‘laddered’, held by someone else selflessly, some of the recipients, over time, will naturally feel gratitude and want to pay it forward to others in the same way. Such a web of gratitude is the key to tapping into this resource. (Reference: Emergence of Laddership Circles)

Unlike paid staff, volunteers flake a lot more. How do we offset this?

Build redundancy. Nature is a great example, in that if one strand fails to deliver on its promise, another steps in to back it up. Post Hurricane Katrina, all houses were upended but oak trees survived -- not only because they had deep roots, but because those roots were interconnected with other oak tree roots, sometimes spanning 100 miles! That resilience is predicated on the number of connections in an ecosystem. To optimize for number of connections in a network, “many to many” model is the exponentially strongest option. Think Internet versus TV (one-to-many) or telephone (one-to-one). (Reference: Gandhi 3.0)

How can we increase volunteer retention?

A fluid engagement spectrum. If a volunteer can easily dial-up or dial-down their involvement, they are likely to not only stick around but take on more “laddership” roles in the future. To do this, you need many different ways to engage. With a vibrant engagement spectrum, volunteers can give time one-time, or little bit every month, or more regularly, or even fifty hours a week for certain stretches of time. To actively maintain such a spectrum would require a massive amount of staff, but if you have a volunteer run ecosystem, it spins off a virtuous cycle: as volunteers engage with one part of the spectrum, some of them turn from consumers to contributors; because the cost of failure and barrier to leadership is low, those contributors can become initiators and hold their own spot on the engagement spectrum. As more people engage, more projects are generated; as the project breadth diversifies, it attracts more engagement. (Reference: ServiceSpace Engagement Spectrum)

How do we attract more volunteers?

Don’t. Instead of pushing, allow for the pull. Typically, people have a supply of some product, idea, or world view, and we leverage our ‘markets’ to push that onto others. For instance, let’s say you want to spread kindness. One approach is to create a plan for ‘billion acts of kindness’ platform, fundraise under the pretext of solving rampant rise in bullying, create a marketing campaign to inform others of it. That puts the onus of success on you. It’s pushy, and heavy. An alternate approach is to simply practice the values. Do regular acts of kindness yourself, tell those stories, and keep your doors open for anyone who wants to engage further.  Values like greed aren't sustainably motivating -- but with innate values like kindness, people will gravitate towards it. All ServiceSpace resources arrive unsolicited -- we send 70 million emails a year, but not a single ad; we're invited to speak to tens of thousands in person every year, without applying anywhere. We’ve been offered 7-digit checks; our first time on TV was half hour live on CNN (after Hillary Clinton).  All unsolicited. It starts with practicing the values, letting go of scale, and trusting the pull. (Reference: Generosity 2.0)

Surely, but it’s a design challenge. Not all work is conducive to a volunteer-run ecosystem, but lots of specialized work can handily leverage volunteers, if the problem was designed with that contribution in mind. Linux is the Internet’s most widely used operating system, and it was built entirely by volunteers. People around the world share living room space, via the trust generated on Couch Surfing -- all volunteers. Alcoholics Anonymous has impacted countless lives by being entirely voluntary. ServiceSpace is an incubator that has led to many online and offline projects that are touching millions of lives. The Internet itself can be seen a giant act of volunteerism. The challenge isn’t about specialized skills, but rather if the problem can redesigned in a distributed and decentralized fashion that can seamlessly integrate skilled contributions. (Reference: Generosity Entrepreneurs)

Volunteers burn out. How do we work around that?

Focus on inner transformation. Researchers have studied compassion fatigue and all volunteer managers will tell you about volunteer burnout. Part of it is a systemic problem, in that responsible volunteers end up attracting increasing amounts of work to the point of being overwhelmed; but part of it also happens due to a motivation mismatch between staff and volunteers. In fully volunteer-run ecosystems where everyone is driven by inner transformation, there is greater self-correction and self-organization. That sensitivity addresses the problem before it manifests as burnout. For instance, in ServiceSpace, it led to a culture of DailyGood emails and local Awakin Circles and stories of kind acts, all of which helps keep the fire burning. Moreover, in such a setting, if people are held safely during their challenging phases, the resulting inner transformation will lead to greater gratitude and greater output. (Reference: The Organic Gift)

How do we innovate with volunteers?

Working with volunteers reduces your cost of failure, considering that volunteers work for free. :) As a result, you can create a culture of experimentation. Instead of having one grand plan and hiring staff to execute it, you can instead “let a thousand flowers bloom.” Some ideas may fail, but some may be unexpectedly revolutionary! Leadership, in such a field, looks to “search and amplify” instead of “plan and execute”. When we printed 100 Smile Cards, we didn’t anticipate millions of cards floating around the world in the next decade, or Smile Decks in so many languages, or an online community with thousands of stories posted every month, or a 21-day challenge portal. It all emerged because we had leadership (volunteers, of course) who could spot those “patterns of positive deviance” and amplify them. Even in the commercial world, this voluntary approach is precisely what allowed Google to build some of its major products like Gmail. Innovation is similarly possible in a volunteer context, but it just takes a different pathway. (Ref: Four Stages of Community Building, Startup Service’s 8 Questions)

How do we introduce such a volunteer ethos, in a traditional organizational context?

Be the change. Ultimately, every organization is made of people and if those people are sensitized to this spirit of inner transformation, they are likely to find new ways to solve old problems. Minute of silence before meetings, 21-day challenges as a group, circle of sharing. Instead of dramatic, overnight changes, we find small nudges to be much more potent. At a Denmark hotel, guests chose apples over sugary-snacks when they placed a "apple a day, keeps the doctor away" sign next to it. On organ donation forms, countries with default of 'yes' lead to 97.56% donations, while default of 'no' leads to 22.73% -- what is the default for igniting greater generosity? Research shows that introducing just one consistent contributor tilts the entire network towards more generosity. Small acts make a big difference. (Reference: Designing For Generosity)

Since 1999, ServiceSpace has been volunteer-run. It’s a constraint and an asset. It opens us up to sensing multiple forms of capital. In our gratitude network, connections run much deeper than FaceBook. No one is paid, and that’s why they work even harder. Leadership turns into laddership. Compassion is contagious; instead of pushing, we count on the pull. Metaphor shifts from manufacturing to gardening. It’s an ecology of unending experiments in generosity. People are motivated by inner transformation, a regenerative resource. We can’t predict outcomes, but we trust emergence. Consumers become contributors, as an engagement spectrum arises. Transaction shifts to multi-dimensional relationships. A great field of love is created. Who knows if it’ll scale and change the world, but there is no rush -- it always takes nine months to deliver a child. :) We rejoice in doing small acts with great love. Every part of the process feels like an important outcome. This breath, here and now.

Nipun Mehta is the founder of ServiceSpace.org, a nonprofit that works at the intersection of gift-economy, technology and volunteerism

The Revolutionary Power of Diverse Thought