It is so easy to stir the stew, to add your own spice and heat to it until it boils over rendering anything inside charred and devoid of nutrition. How much more difficult it is to soothe an angry temper, to see from another's point of view, to broker peace. In this Daily Good Spotlight on Peacemakers, we take a look back at features on remarkable people who have brought peace to tense situations and made peace a priority both in their own lives and in the world about them. 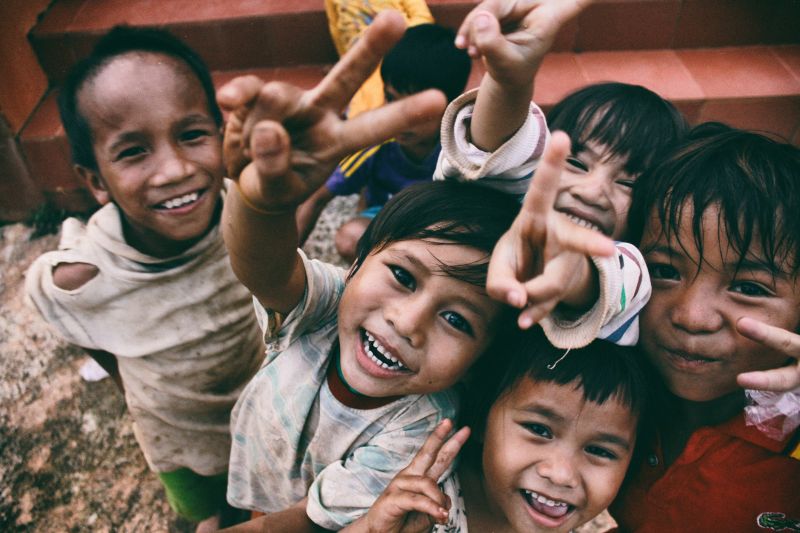 Children are our hope for the future and also surprisingly powerful present-day agents of change. With their fresh eyes, they see problems and can propose solutions where adults may have lost their vision. When she was just 9 years old, Californian Hana Kraft wanted to promote peace to make the world a better place for her own future children. She and her mother Jill McManigal started Kids for Peace, now a global organization where individual chapters "follow a mission of performing community service, participating in civic action, and creating art to contribute to a peaceful society at home and abroad."  They believe that children must learn about different cultures in order to build peace "[b]ecause once you know [people] on the other side of the world, they are your friend[s] and you won't hurt them," says Ms. McManigal.

Similarly,  Eva Armour  works with Seeds of Change to bring together young leaders from conflict-torn regions to inspire and equip them with the relationships, understanding, and skills to advance peace. These teenagers come together on neutral ground to engage in open and honest dialogue and gain a better understanding of each other's perspective.

Public school teacher, John Hunter, plays his own World Peace Game with his students, pitting teams of students against each other as leaders of countries in crises and conflict. The students strategize and negotiate, compete and cooperate, wage war and make peace. But the game is not won until all countries enjoy security and prosperity. Hunter says, "If you can touch a heart, then the mind contact lasts longer and goes deeper."

Indeed, approaching even impoverished gang members with love, as does Nelsa Curbelo Cora, can inspire those youth to transform their neighborhoods.

Children raised to brainstorm ideas to promote peace, to think outside the box, and to treat others as themselves can't help but bring those strengths into the challenges they face as adults. 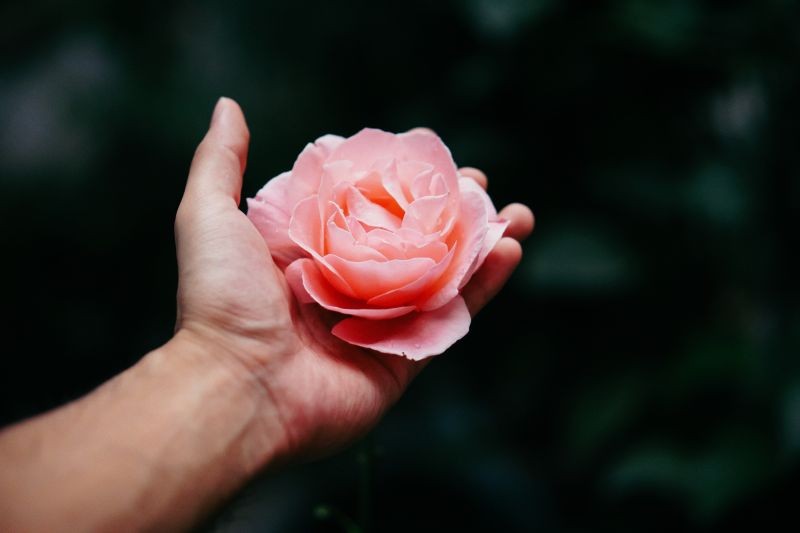 Progress toward peace between people can be made in small person-to-person ways. Cue Sushil Koirala describes himself as one of the world's biggest dreamers driven by daring ambitions and a deep passion to create a more just and peaceful society, not only for his country but also for people across the world. Instead of fighting for peace with guns or warfare, in Koirala's vision, people exchange roses, person to person, spreading warmth and hope. Koirala says, "The rose is a universal symbol, liked by everyone," adding: "It appeals equally to everyone's heart. The exchange of roses, the shaking of hands and extending goodwill between people of different races, religions or parties in conflict, helps to create a more conducive and positive atmosphere for talks."

Music is a universal language that can transcend nationality. The BBC attempted to calm the uneasy border between India and Pakistan with technology and music in a live concert for peace linking Karachi & Bombay. The live satellite link allowed Pakistan's legendary singer Abida Parveen to sing with her Indian counterpart Shubha Mudgal in Mumbai; giving voice and possibility to the people's desire for peace. Writer and critic Anwar Maqsood from Pakistan: "Music lives in the hearts and minds. It needs no visas and knows no boundaries. I remember the BBC playing Beethoven at the height of WWII. In the world of music, we are you and you are us."

Focusing on our environment is an important component of the peace effort. Nobel Peace Prize winner  Wangari Maathai focussed on planting trees because, "When natural resources get scarce, wars are started. If we improve the management of our natural resources, we help promote peace.” The Nobel Prize Committee agreed: “Maathai stands at the front of the fight to promote ecologically viable social, economic, and cultural development in Kenya and in Africa.” The committee chair said Maathai “represents an example and a source of inspiration for everyone in Africa fighting for sustainable development, democracy, and peace.”

Similarly, Satish Kumar walked from India to the United States for peace, starting at the grave of Mahatma Gandhi and ending at the grave of John F. Kennedy. He walked without money, trusting in the kindness of strangers to support him. "Peace comes from trust. Wars come from fear." He advocates making peace with soil (nature), soul (yourself) and society (others) because the future well being of humanity and the earth is dependent on a new world view in which the care of the planet, nourishment of the soul and the nurturing of the human community are integrated. 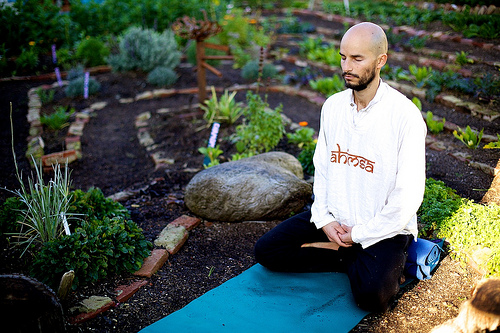 Pancho Ramos Stierle has made it his mission to bring peace into a gang-ridden neighborhood in East Oakland, California. "Rife with gang warfare, it is an area that most people have written off.  Every week, residents hear the sounds of gun shots being fired -- and that's no exaggeration.  It’s a community with 53 liquor stores and no grocery stores.  The tensions between the police and the community have continued to escalate, while traditional civic programs haven't made much of a dent. So Pancho decided to do something about it, with an altogether different framework.  Instead of helping from the outside, he wanted to become one of them; instead of just receiving external aid, he wondered if the community could not only discover undiscovered gifts but then share them freely with others." Leading with a humble and generous heart, Pancho inspires his neighbors to a more peaceful lifestyle.

Chade-Meng Tan was an engineer at Google when the company said he could spend 20% of his time working on his passion. Meng's passion was world peace: "I figured, I might as well try to solve the toughest problem I know, which is bringing about world peace. I started thinking about the necessary and sufficient conditions for world peace and one thought led to another. I came to the conclusion that a very important condition for world peace is to create conditions for inner peace, inner happiness and compassion on a global scale. The way I want to do that is to make those qualities profitable for businesses and to help people succeed. If we have a program that helps people and companies become successful and the side-effect of that is world peace, then we will have world peace. Eventually, that idea became a curriculum for emotional intelligence because emotional intelligence can help people succeed. It's good for the company's bottom line, and if we teach it the right way, then the side effect is world peace." His curriculum SIY (Search Inside Yourself) has been life-changing for the thousands of participants.

Shaken by the events of 9/11, Mony Dojeiji knew that to create peace in the world, she would need to begin by creating peace in herself and decided to walk a path between Rome and Jerusalem called the Way of the Soul, trusting that whatever she needed would be provided for her somehow. Her travels would pair her with another pilgrim and result in many lessons:  "That is not to say that the walk was always easy, and that every single person we met embraced us and our ideas. We experienced situations where people lived in a great deal of fear, fear that made them act callously. Their rejection was difficult to accept at first, especially when we wanted everyone to support this noble quest of walking for peace. We needed to learn to release our expectations and judgments of people, and to allow them to walk their path while we continued on ours. We came to look at rejections as opportunities to heal our deepest prejudices. Perhaps the greatest teaching of this walk was something that my heart had declared long ago, but which my mind had refused to accept. The world is not a terrible place. People are not “bad” by nature. We all harbor the same universal hopes and dreams. And when you are living from the heart, in service to Love, the entire Universe moves to help you achieve your dreams." Dojeiji learned that the outer walk for peace was not as important as her inner transformation:  "a journey into the inner realms, one whose intention was to heal the wounds and divisions that I hosted there, so that the Light that is our essence may fully manifest and declare its presence in its rightful home: the heart."

Creativity is piercing the mundane to find the marvelous.
Bill Moyers