“We who lived in concentration camps can remember the men who walked through the huts comforting others, giving away their last piece of bread. They may have been few in number, but they offer sufficient proof that everything can be taken from a man but one thing: the last of the human freedoms -- to choose one's attitude in any given set of circumstances, to choose one's own way.” --Viktor Frankl

Every year we share the top 10 most inspiring kindness stories featured on our website or the weekly newsletter throughout the year. These stories range from chance encounters of anonymous acts of kindness to deliberate, thoughtful ways that everyday people choose to make the world a better place for those around them. In an unprecedented year such as this, where uncertainty and confusion covered a vast majority of the news headlines, we also witnessed a simultaneous uprising of the human spirit.

This year was by far the most challenging year to choose only ten stories to highlight because there were so many heart-warming acts of humanity shared across the globe. Bearing in mind that this is only just a small amount of the incalculable outpouring of love by everyday individuals, here are the Top 10 stories of kindness from 2020! 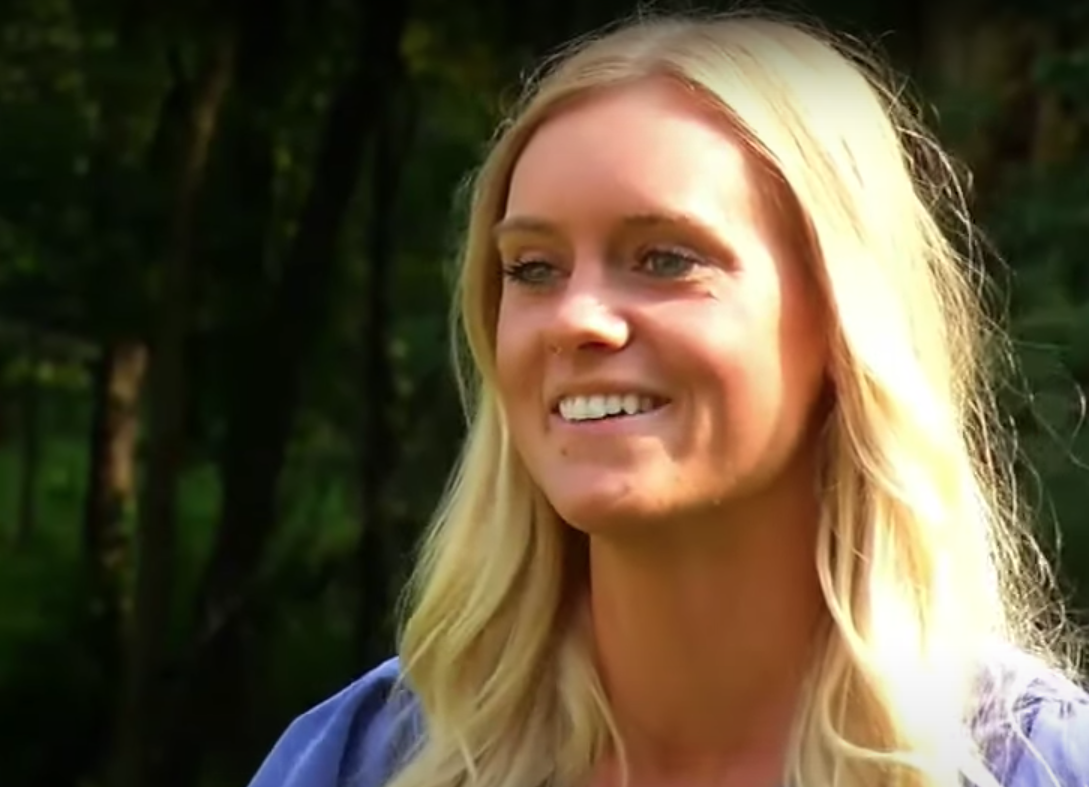 Taylor Pikkarainen, a nurse from Minnesota, already working at the frontlines to treat Covid-19 patients, saw a plea from a family. Their small son, Bodie Hall, was born with a rare kidney disorder and was in desperate need of a kidney transplant. His father was not a match. His mother had already donated her kidney to Bodie’s older sister, who had the same condition. Upon seeing the notice, Taylor didn’t think twice about it and immediately filled out the paperwork to donate her kidney. She turned out to be a perfect match and donated her kidney to Bodie on her birthday. Her selfless act saved the little boy’s life. (Her story on Karunavirus.org) 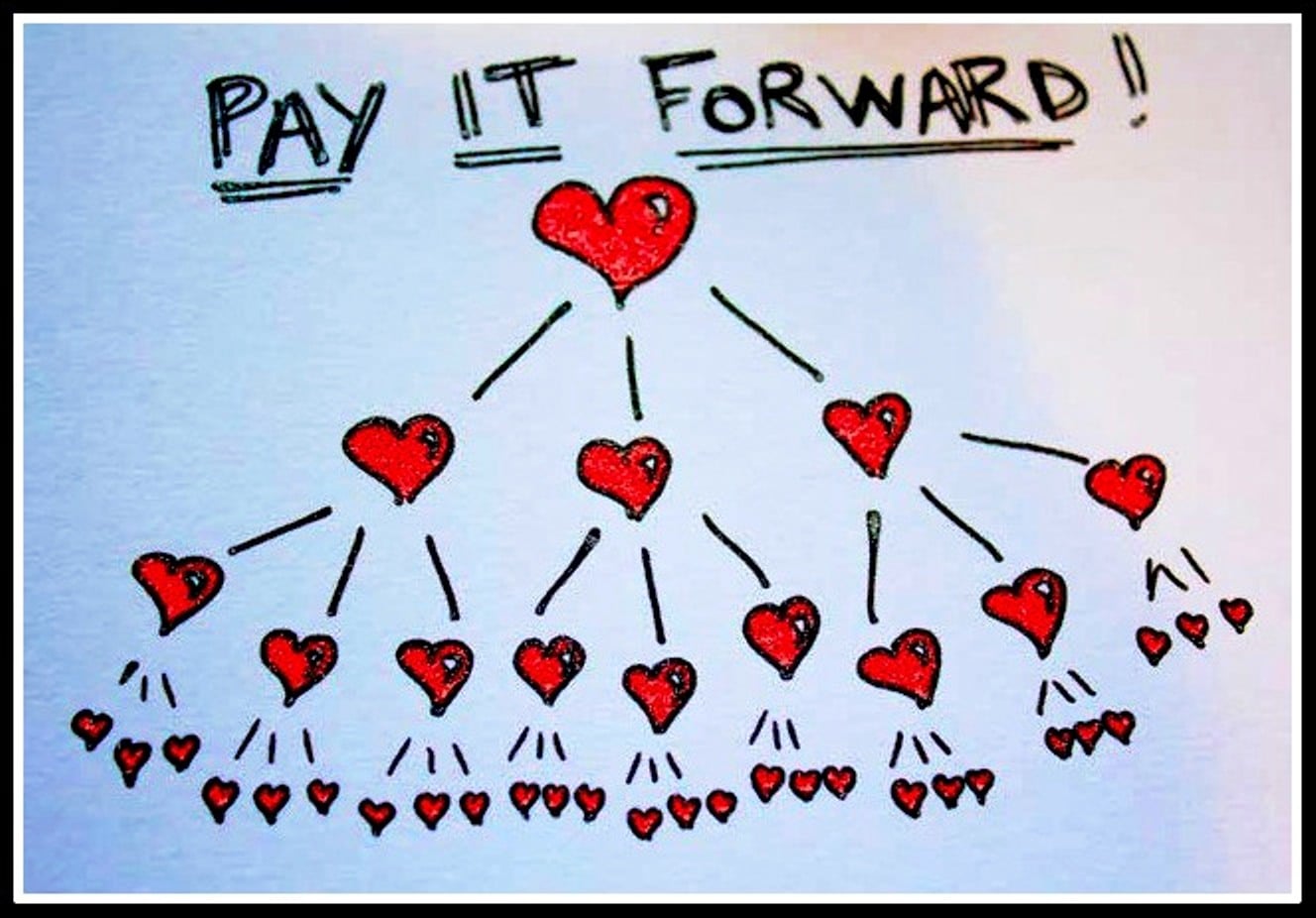 In Minnesota, an ice cream store was witness to a two-and-a-half- day chain of kindness. It started with one man paying for the order of the car behind him at the drive-through window. When the next customer arrived at the window, store manager Tina Jensen explained that their order was already paid for by the car ahead of them. Jensen had told the cashier that this happens once in a while but tends to fizzle out after 15-20 cars. To everyone's awe, the pay-it-forward chain continued through 900 cars filled with customers over two days. When the store closed for the night, one car left $10 to begin the chain back up the next morning. "During times like these, it kind of restores your faith in humanity a little," Heidi Bruse, one of the 900 customers, told CNN. "The way the world is now, you see a lot of anger, tensions, and selfish behavior. What we witnessed was pure kindness, and it was a breath of fresh air, really." For Bruse, the most touching part was receiving the intention of care and telling her family about what happened: "Not that we got free ice cream. The gesture was way more valuable." (The story on CNN) 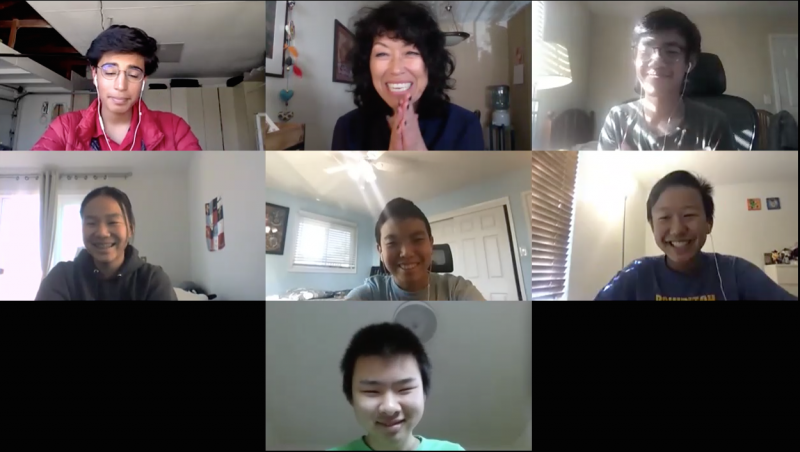 Half a dozen 8th and 9th graders on a Robotics team in Silicon Valley learned about COVID-19 spreading fast across Navajo Nation back in April. They heard about a group of healthcare workers who were flying out to provide support. All of them quickly came together to help the community however they could. The team of 13-14-year-olds' stayed up all night to create 3D printed face shields for the health care workers leaving the next day. They donated 100 face shields and continued on to produce 1500 face shields total, along with donating other suppliesâ to various groups across the country. (Their story on KindSpring.org) 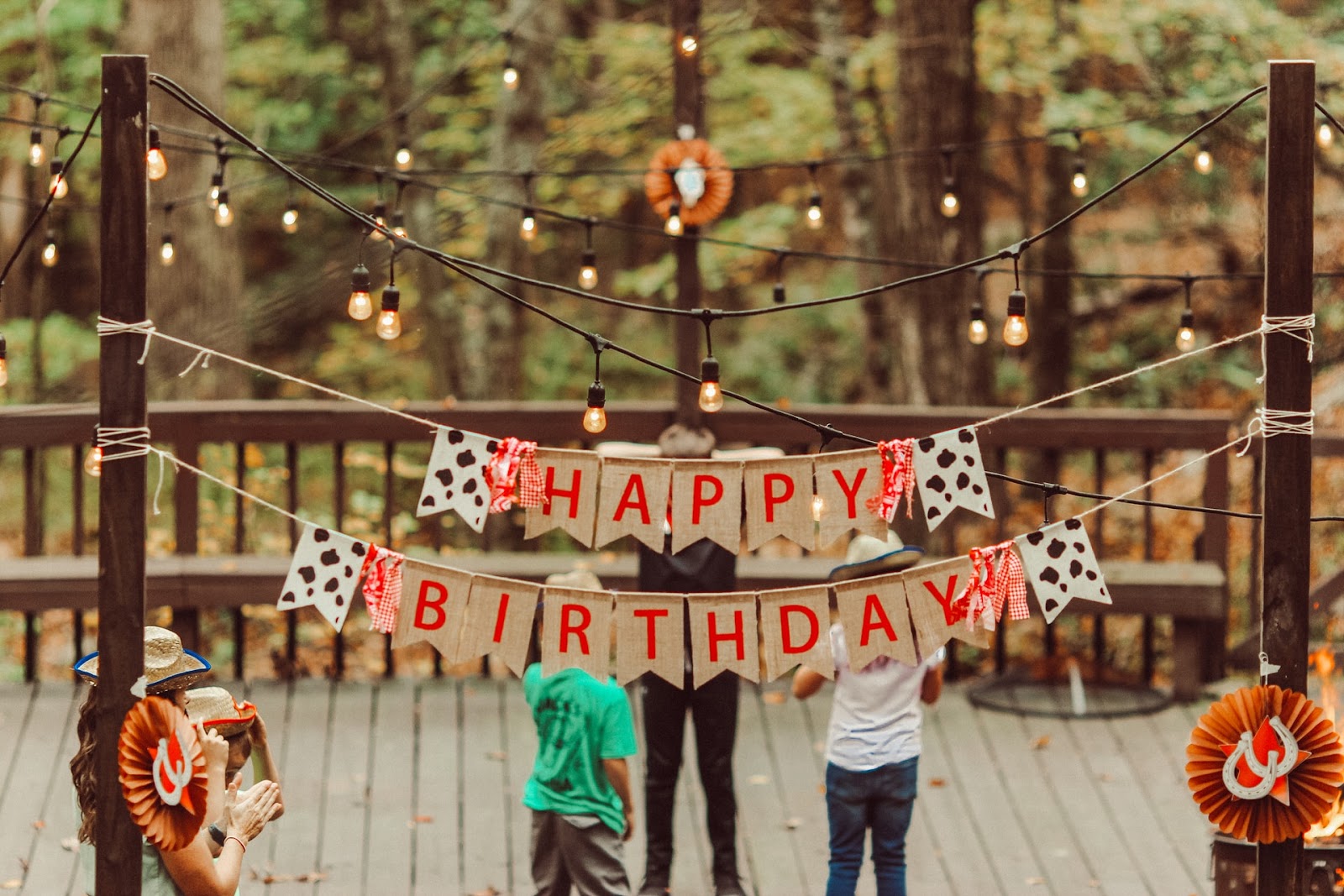 Her daughters asked her what she wanted for her 60th birthday. When she responded with "please do a kindness act for someone in my honor," they took it much farther than she ever imagined. Her daughters contacted all her friends and family members and asked them to do an act of kindness as her birthday present. The friends then asked their own friends to do the same. On her 60th birthday, she was astounded to receive a gorgeous scrapbook filled with pictures and acts of kindness written by each person in her honor. The 'acts' ranged from “donating frequent flyer miles so someone could visit their mom, taking out every dollar in their pocket and paying the turnpike toll on a hot frustrating day for 21 people, shorter showers to help with the water drought, bringing an elderly neighbor coffee in the morning, stopping to buy a homeless person lunch, putting extra groceries in a cart and bringing lunch to a hungry person on the street, volunteering at a Red Cross blood drive, bringing fresh strawberries to a homeless man, handing the car valet $40 to help with a dream, and many, many other beautiful gestures. (Her story on KindSpring.org)

HOW AN APPLIANCE TECHNICIANS' CONVERSATION ABOUT RACE RESONATED AROUND THE WORLD 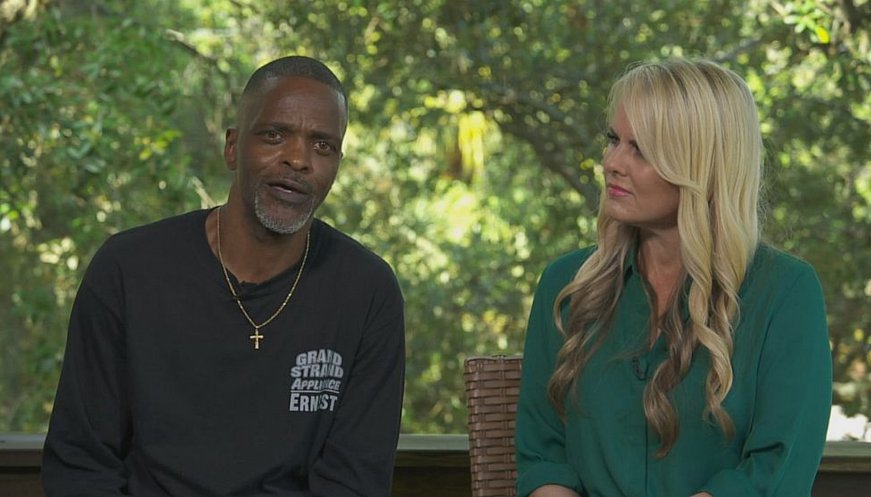 Ernest Skelton, an Appliance Technician, arrived at Caroline Brock's home for a routine service call in Myrtle Beach, SC, expecting to do his job and leave. However, when Brock, a white woman, asked Skelton what his experience was as a Black man living in the USA, the encounter was anything but routine. Brock learned about the heavy weight of racism that Black people, especially Black men like Skelton, carry every day. These experiences were a revelation to Brock, and she posted their conversation on Facebook, which has since gone viral. (Their story on ABC News) 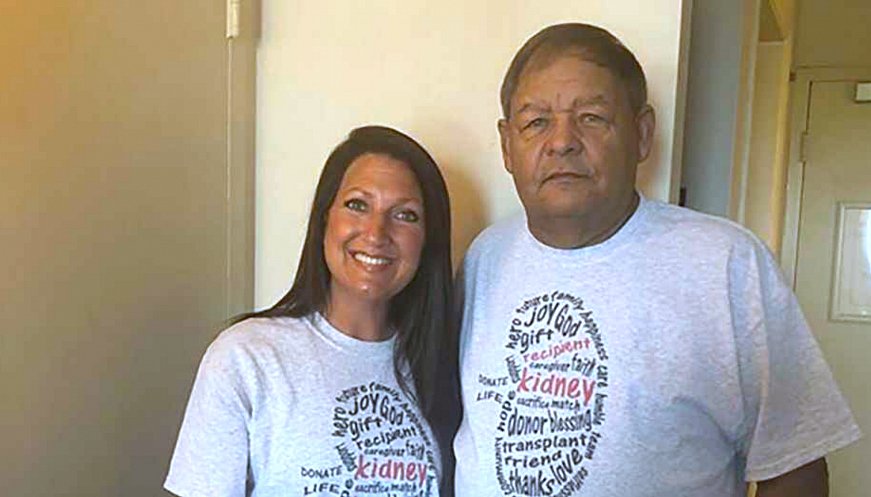 Jocelynn James, a recovered drug addict and former member of "Franklin's Most Wanted," donated one of her kidneys to save the life of Officer Terrell Potter, who had arrested her nearly a decade before. After 16 arrests, Jocelynn turned her life around and now runs a non-profit called The Place of Grace, which helps women get treatment. When Officer Potter found out that his kidney was failing, he also learned that he would have to face a seven to eight-year waiting period for a kidney. Jocelyn learned about Potter's kidney as she was scrolling through Facebook. She knew right away that she was meant to give him her own. Jocelyn's kidney turned out to be a perfect match. (Their story on Fox11)

THEY SERVED MORE THAN 145,000 FREE MEALS IN TWO MONTHS AS PART OF THEIR FAITH TRADITION OF FEEDING ANYONE IN NEED 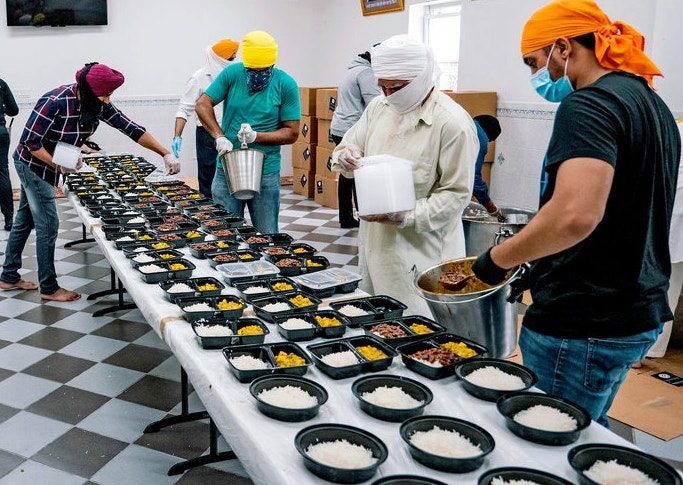 This year brought unprecedented challenges, and one of them was food shortages. The Sikh Center of New York, in Queens Village, practiced their centuries-old faith tradition of nourishing anyone in need. The centers mobilized their large-scale cooking resources to meet the demand for food aid for people from all walks of life. Other centers all across America had a similar response. Volunteers throughout different cities came together to make meals for healthcare workers, peaceful protestors, and kids affected by closed schools. (Their full story in the NYTimes) 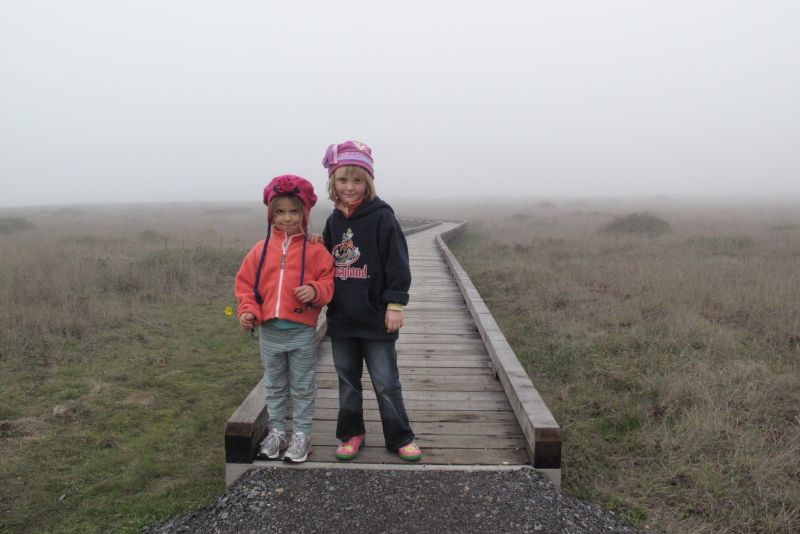 As schools shut down, Frances, a 10th grader, took this opportunity to reflect on kindness she had received. She shares this wonderfully written story about a young friendship that began with a small act of kindness. On her first day in preschool, filled with separation anxiety, she was inconsolable as her parents dropped her off at school. As Frances peered out the window crying, a child came over and wrapped her arms around her. Comforted by the hug, Frances allowed herself to be led away from the window. Through the years, the friendship deepened between her and Helen, as well as their families. Years after Helen's family had moved away, a heartbreaking crisis occurred in her life. Helen's mother, who had been diagnosed with lung cancer, passed away in her sleep one day. Her kindness that had initiated this beautiful friendship had a chance to come full circle back to her, when she needed it the most. (Her story on KindSpring.org) 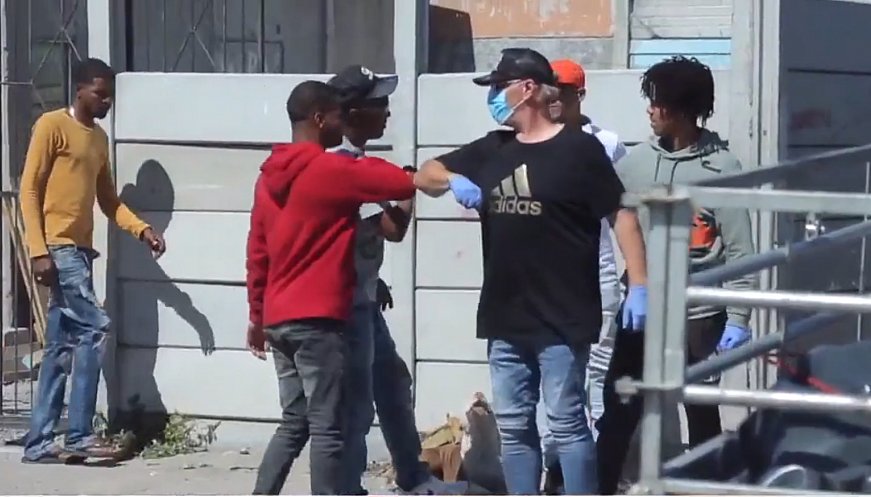 In an unprecedented truce, rival gangs in South Africa came together to deliver food under lockdown to people in desperate need. "What we're seeing here is literally a miracle," said Pastor Andie Steele-Smith who works with the gang members, many of whom are convicted killers. "They're the best distributors in the country. They're used to distributing other [things]," Pastor Steele-Smith points out. "They know everybody." Normally dangerous streets in Cape Town saw sworn enemies meeting up to collect essential goods to distribute throughout hungry communities. (Their story on CBS) 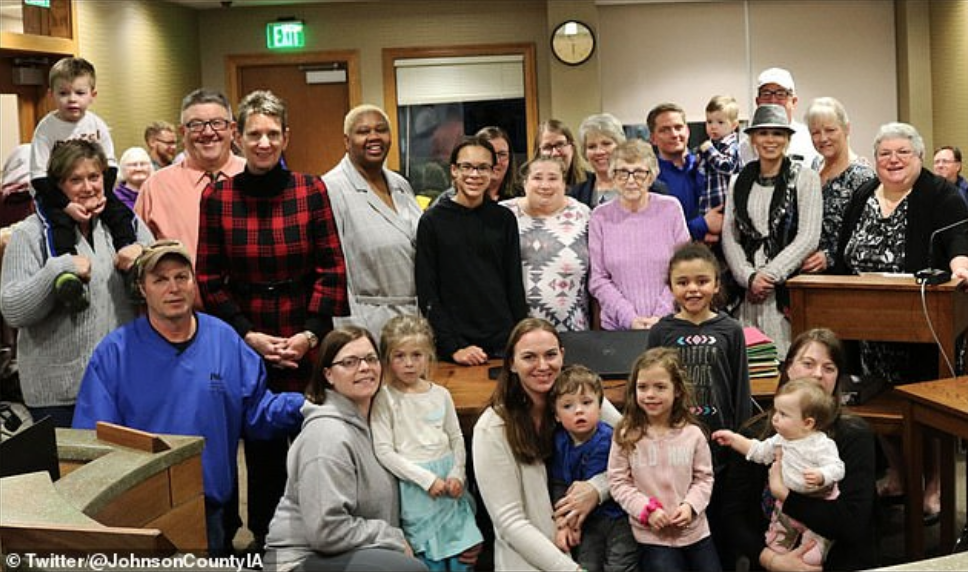 Linda Herring fostered more than 600 children, during which she also held two jobs. She ran a home daycare and worked as a night custodian at a high school. As if that wasn’t enough, she also volunteered as a first responder while raising eight children, including three foster kids, with her husband, Bob. The Johnson County Board of Supervisors in Iowa recognized her this year before a standing room only crowd. Many of the kids fostered by Linda are now full-grown adults with children of their own. They continued to stay connected and showed up to express their gratitude. Linda was known for taking in kids with special medical needs. Her philosophy about fostering was, 'If no one else can love them or take care of them, I will.' (Her story on CNN)

KindSpring is a movement that encourages small acts of kindness around the globe. The online community has anonymously shared over 183,000 personal kindness stories through the website. To subscribe to the weekly newsletter, Spotlight on Kindness, click here.

Life without love is like a tree without blossoms or fruit.
Khalil Gibran

We've sent daily emails for over 16 years, without any ads. Join a community of 242,629 by entering your email below.