Home > News > Spotlight on Kids Who Are Changing the World

Spotlight on Kids Who Are Changing the World

We live in challenging and stressful times and may wonder how our children must be feeling when we are struggling ourselves. But, even as we try to shelter and protect them, we discover that kids are remarkably resilient and that the things that help us to cope in difficult situations are often the very things that make challenges more bearable for them as well. Moving from a sense of helplessness toward action, using our failures and struggles to reach out to others, and pushing ourselves against our limitations all make us stronger, more compassionate people. The same is true for our children-- often in remarkable ways. In this Daily Good Spotlight on Remarkable Kids, we take a fresh look at past features on children who faced challenging times and situations in inspiring ways.

Seeing a Need and Taking Action 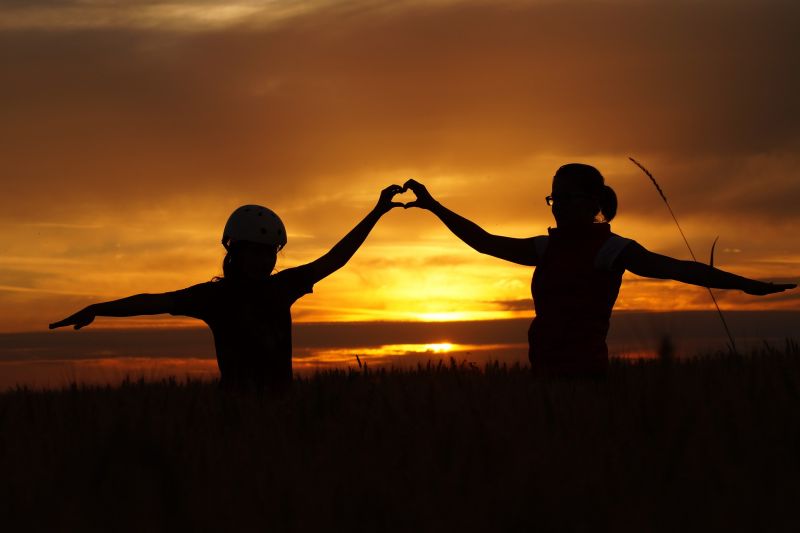 In her TED talk, child prodigy, Adora Svitak challenges adults to take lessons from kids. She argues, "Kids aren't hampered as much when it come to thinking about reasons why not to do things. Kids can be full of inspirational aspirations and hopeful thinking." Children ceaselessly question why, sometimes to problems or issues that confound adults.  Why is that person homeless? Why did that natural disaster happen? Why is my sister so sick? What can I do to help?

When he was just 6, Zach Bonner embarked on his quest to help others, first helping victims of Hurricane Charlie by collecting 27 truckloads of water and supplies, and then  tackling the issue of homeless youth: [He] said, "What bothers me is what homeless kids go through. What happens when they go to sleep? What happens when they wake up?" Similarly, then 9 year old Jason O'Neill, started his own company to collect teddy bears and give them to sick children for Christmas. He said, "I haven't had any big tragedies in my life, but I know that there are always people more and less fortunate that you, so it's good to help out." Kindspring reader, Bob Gelinas shared a story about his daughter Emma, deeply troubled that one of her classmates lacked school supplies and was bullied. When she was able to help him, Emma shined, and her father was astonished: "This was a great experience for my daughter but I can't tell you the joy it brought to me to see a young kid acting upon something that was truly bothersome to her. Blossoming kindness and the willingness to take action are wonderful things to see."

And taking action they are. Children around the world are noticing problems and coming up with ways to help. In California, then 8 year old Vivienne Harr was horrified to learn of child slavery, so she set up a lemonade stand and raised thousands of dollars: "She took a stand and did something – selling lemonade was in her power to be a voice for the voiceless." In Sierra Leone, West Africa, teen Kelvin Doe, DJ Focus, salvaged parts out of the trash to construct his own batteries to help counter the inconsistent electricity supply in his community. He plans to continue until he has created an FM station to give his people a voice. When she was a third grader in South Carolina, Katie Stagliano realized that the vegetables she was growing in her home garden could be used to feed people in need; by 11, she had donated 2 tons of fresh produce.

Children can be part of the solution to any problem. And parents and teachers can help. For example, public school teacher, John Hunter, created The World Peace game which pits teams of students against each other as leaders of countries facing conflict or crisis. "The students scheme and negotiate, compete and cooperate, wage war and make peace. But the game is not won until all countries enjoy security and prosperity. Says one fourth grader, “One of the things I learned is that other people matter. In this game one person can’t win, everyone has to win. That taught me a lot about cooperating with other people, being generous, and having an attitude that, if you work together, you can achieve anything.”

Moved by a story about 7-year old, Owen Shure's heartwarming letter to a football player who missed a vital kick, one mother considered how "the honest, reflective questions we ask our children stem from the ones we ask ourselves." Are we ourselves helping others; are we practicing compassion? At 9, Connor Long entered himself in a triathlon where he used a special raft, cart, and stroller to push his little disabled brother around the course with him. "People don't realize that when you're special needs and in a wheelchair, you won't be able to get out that much," he said. His mother notes that Connor may not have won the race, but he reaped a huge benefit: "I know it's changed him," she said. "With the help of his brother, he's found something he can do." Mother Rachel Stafford, wanted to protect her children from seeing homeless people gathered for food, but chose, instead, to let her daughter help and received an unexpected epiphany: "You see, her eight-year-old eyes did not look at that scene and see daunting global issues like poverty, violence, hardship, and hopelessness. She saw one man whose entire day could be brightened by a mere piece of fruit. A mere piece of fruit. And when you see something as painful and as beautiful as that, everything changes."

Using Failures and Setbacks to Help Others 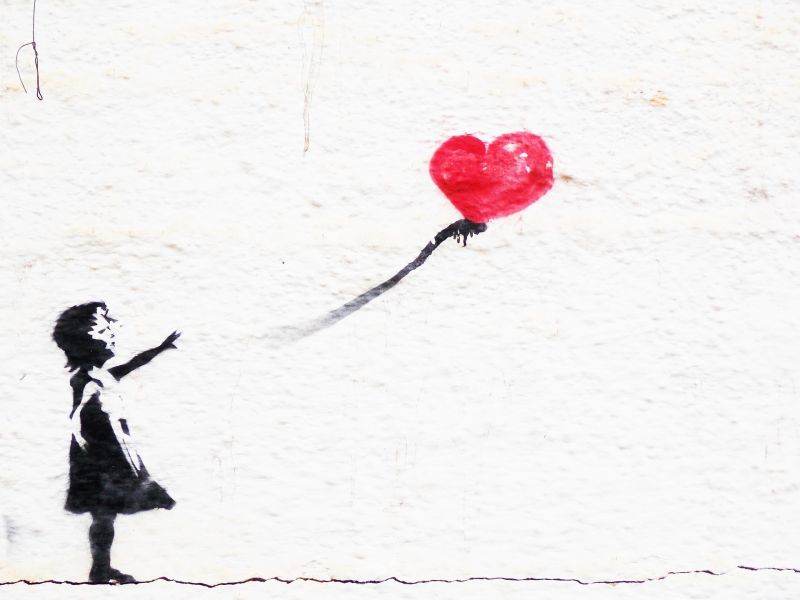 Like adults, kids face disappointment and setbacks, sickness and despair. Like adults, kids can use these low points to reach out to and help others. At 9, Austin Gutwein had an African pen pal who opened his eyes to the AIDS epidemic and the many children orphaned there. Austin started to think about what it would be like if he lost his parents. When he faced disappointment in not making the school basketball team, Austin decided to use his love for basketball to help African orphans, founding Hoops for Hope, raising thousands of dollars and, with the help of World Vision, securing enough funding for a school for orphans. He said “This is something that I realized that if you do just the littlest, littlest thing, you can make a difference, and that's what I’m trying to do."

Battling a rare form of muscular dystrophy, Mattie Stepanek, wrote six books of poetry and a collection of essays that he collaborated on with former President Jimmy Carter. And now, after Mattie's death at 13, his words are giving his mother strength. He told her "When I'm gone, promise me you will choose to inhale, not breathe merely to exist."  She says, "And that's the most difficult choice I face every single day."

Then 6,  Nico Castro from San Bruno, California was given permission to go Trick or Treating despite undergoing chemotherapy for brain cancer. First excited by his good fortune, Nico quickly turned his attention to the kids who weren't leaving the hospital. He rallied his community to give candy and costumes so that those kids could experience Halloween, too. Reporter Toan Lam noted, "After meeting Nico, I quickly realized his superhero power is inspiring people to expand their minds, be more compassionate and to open their hearts,"

At three years old,  Choi Sung-Bong was handed off to an orphanage. At five years old, he was living on the streets. As he scraped to get by, he would draw inspiration from the music pouring out of shops and restaurants. As a young man, he amazed the world with his heartfelt performance on Korea's Got Talent and desire to give back with music. 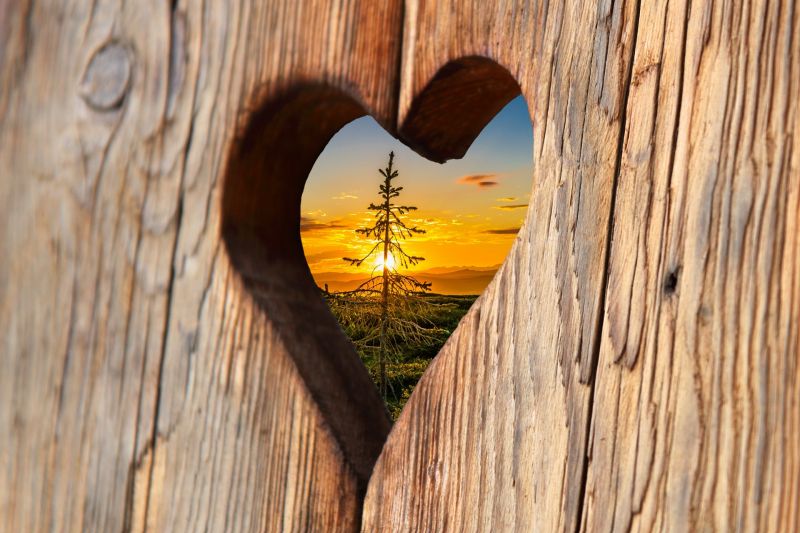 How we struggle with limitations can often provide a beacon of inspiration to others. At just 7-year-old, Keats Boyd wanted to make it to the top of Kilimanjaro, Africa's tallest mountain. He passed hikers turning back to become the youngest person ever to reach the summit. "It's not impossible to do something," Keats said. "You just have to believe in yourself to do it." Blind and crippled since birth, Patrick Henry Hughes is musically gifted. He believes his talent is a gift from God and considers even his blindness to be a gift: "That's one of the great benefits I've found of being blind. I don't see the skin color, I don't see the hair length, I don't see the eye shape, I just see what's inside the person," he said. "I would have to say [being blind is] a blessing, because overall, it's shown me a complete world." Alice Pyne's bucket list as she faced an early death from cancer has inspired many to become bone marrow donors. And as he, too, faced death, the vibrant and optimistic Zach Sobiech reminded us all, "You don't have to find out you're dying to start living."

What is humanity, really, but a family of families?
Vivek Murthy