Home > News > A Champion For Every Foster Child

A Champion For Every Foster Child 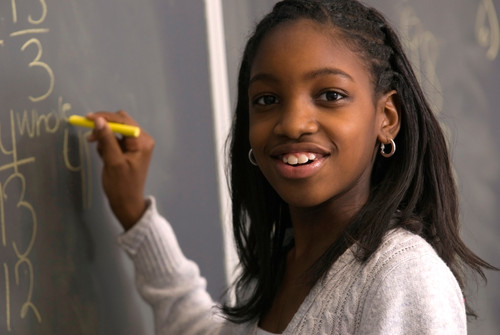 Robert Torres clings to a well-worn notebook covered with a photograph of his two children as though it were a lifeline. He beams at the image of his kids, ages 5 and 8, and scans the papers inside, which are his notes on how to communicate with their school, a schedule for their after-school activities, general guidelines for helping them with homework and important contact information in case Torres has a panicked moment.

One year ago, Torres was in serious trouble. The single father could barely keep his head afloat at his construction job, let alone handle the seemingly endless reports of his son’s violent explosions at school. After a tumultuous few months, the children were taken from him by the state and placed in foster care in Watsonville, Calif.

Then came a turning point. In court, Torres (whose name has been changed to protect his children’s privacy) was invited to join a pilot program, called the Foster Youth Education Initiative (FosterEd). This initiative trains parents and caregivers to get more involved with their children’s therapists, teachers, counselors and even school bus drivers. Torres says it was a life changer: “I feel like a whole new man because of the stuff these people have taught me.”

Most parents, especially those who are educated and well off, help their children navigate the school system. They check on homework, establish goals, communicate regularly with the teachers and set up meetings with the principal if they suspect there’s a problem. But for other parents and guardians, the school system is an impenetrable fortress. “I dropped out of school in ninth grade,” Torres says. “I didn’t know how to deal with school. I didn’t know there was help out there. I didn’t know the words.”

The problem is especially acute for the half million children in foster care in the United States. As a group, foster kids are the most likely to perform below grade level, miss classes, face suspensions and, ultimately, drop out or get expelled. As grownups, 50 percent of former foster children file for unemployment at least once, 33 percent receive public assistance, 25 percent experience periods of homelessness and 25 percent are eventually incarcerated. All too often, these children have spent their young lives surrounded by parents (biological and foster) who simply are not well versed in the practical or long-term importance of schooling.

Research into foster children shows a clear correlation between their educational struggles and their chaotic home life — and how this gravely affects their future. Enter FosterEd. It is the brainchild of Jesse Hahnel, an attorney at the National Center for Youth Law, who believes that if foster children had someone advocating for their education, at least some of those dire statistics might be alleviated. At the heart of his program is a fairly straightforward idea: Provide every foster child with someone who cares deeply about his or her education.

Much of the attention at FosterEd is placed on closing communication gaps between schools, state departments and the foster children themselves. FosterEd chooses a state (Indiana, California and Arizona, so far) and sets up a pilot program. Using a combination of private and public funds, it hires a team of “liaisons” to meet regularly with state departments, the schools, foster parents and, often, biological parents. After getting to know each child’s circumstances and support system, a liaison will ask one of the child’s biological or foster parents, teachers, relatives or perhaps a state-provided volunteer to become an “educational champion” for that child. The champion constantly reinforces the importance of education to the child. He or she meets with the child daily to discuss their homework and school day and to stress why attendance is mandatory. The champion goes to parent-teacher conferences, schedules after-school activities and makes sure the child is getting on the bus every single day.

It’s exactly the kind of behavior that these parents — biological and foster —often find foreign. “I’ve worked with a lot of parents who have not had a good experience themselves as a student,” says Kim Corneille, a FosterEd liaison in California. “There is a level of discomfort, of not feeling familiar with the school environment.”

The liaisons, meanwhile, remain involved. They answer phone calls and emails from champions and meet with them weekly. They each track the records, report cards, court dates and transcripts of up to 50 different children. They attend parent-teacher conferences, talk to the social workers and teach the champions how to use the local libraries and apply for after-school programs. They show champions how to find detailed mentoring support on the FosterEd website. By design, these FosterEd liaisons are eventually hired by the state system. FosterEd moves on so the state can run the program on its own and spread its practices beyond the pilot. “The state oversees and guides the work,” Hahnel says. “We want them to own it. We let them design what they want [permanently] in the state.”

Hahnel, now 38, was a public school teacher in New York City at the now shuttered, low-performing Louis D. Brandeis High School on Manhattan’s Upper West Side. He decided he might have a larger impact as an attorney who advocates for at-risk students. Hahnel attended Stanford Law School, where he first learned of the extreme educational challenges facing foster youth. “That’s when I had my eyes opened,” he says. “The state has a unique moral and legal responsibility to these children. Improving the educational outcomes of foster children cannot be accomplished by education, child welfare or judicial agencies working by themselves. These agencies must take joint responsibility. Each must adopt new policies and practices to ensure these children succeed in school and have the opportunity to flourish as adults.”

In 2008 a Skadden Fellowship — an award established by the law firm Skadden, Arps, Slate, Meagher & Flom LLP and Affiliates — provided the seed funding Hahnel needed to start the program, which he developed over two years as team leader at the National Center for Youth Law.

Indiana is one of FosterEd’s first success stories. Since 2011, FosterEd has been fully established in the state, where about 1,500 foster children (of the approximately 9,000 total in the state) have been matched with educational champions by the FosterEd team. Anita Silverman, director of education for the Indiana Department of Child Services, says FosterEd’s “biggest triumph” has been its ability to promote collaboration and communication between the schools (which are often unaware that students are foster children) and the department of child services. Silverman recalls a teacher who learned through her FosterEd connection that one of her special education students was about to be kicked out of a foster home. “She started as an educational champion and is soon going to have a new name of mom [for that child],” she says. “That’s the biggest honor you can get.”

Adoption, of course, is a rare occurrence. But more common successes are steadily being reported from Indiana. There, according to an independent evaluation of the program’s outcomes, the liaisons have been able to resolve 89 percent of the matched FosterEd children’s educational issues, such as truancy, behavior or special education concerns.

In January 2014 the initiative officially launched as a pilot in Pima County, Ariz., where it will serve approximately 1,000 foster children over the next two years. The goal is to use the pilot as the basis for a new statewide program and practices that will eventually help Arizona’s 14,000 foster children succeed in school. After the statewide program is established, Arizona will own the program and FosterEd will move on to another state.

In California, where the pilot has been under way since spring, FosterEd is helping change legislation. In June, California became the first state where schools and school districts are being held accountable for the educational outcomes of its approximately 42,000 foster children. This means California must now track foster students’ Academic Performance Index scores as a subgroup, just as it does for English learners and disabled and minority students. California’s education and child welfare agencies also must notify school districts if one of its students is in foster care, helping teachers and administrators spot potential problems sooner.

“I think what makes FosterEd innovative and interesting is that they take the lessons learned from the local level and do what is needed to make policy changes — they take these to the state to remove barriers,” says Susanna Kniffen, associate director of child welfare policy for Children Now, a California-based nonprofit. “Jesse [Hahnel] is amazing at bridging that gap between process and policy. Very few organizations are able to do that effectively.”

Robert Torres, himself the product of a broken “dysfunctional” family, says FosterEd has given him a new understanding of raising children in a home that respects education. “How I’m treating my kids now is completely different than how I was raised,” he says. “I’m breaking the chain.”

Torres’ FosterEd liaison taught him how to communicate with teachers and administrators. Torres goes to parent-teacher conferences. He monitors his children’s homework daily and keeps an eye out for missing pages. He knows it’s important to ask his children about what’s happening during their school days. When he gets stuck, he refers to that notebook, which is loaded with contacts and language on how to address thorny issues such as who to call if his child is seriously struggling with reading or throwing temper tantrums about going to school. Since the spring, he has sought out testing for his son, who was diagnosed with ADHD and an emotional disorder, and got him transferred to a special-needs school. The children are thriving, and Torres holds out hope that he will someday live with them permanently. “I have more confidence now,” he says. “And my kids have more confidence because they see Daddy at school, making things happen.”

This is the kind of story Hahnel says he’d like to hear someday from all corners of the nation. “We are hoping that this program will spread to every state,” he says. “We are also hoping we don’t have to do it. It’s very time consuming and labor intensive. We don’t have the capacity right now to be in more than one state at once.”

The Center for the Study of Social Policy, a nonprofit organization based in Washington, D.C., recently recognized FosterEd as an exemplary initiative. “We are at a tipping point,” Hahnel says. “When enough states have these programs, when enough people become aware of this, there will be a groundswell.”

For more inspiration join this Saturday's Awakin Call with Edmund Benson, an octogenarian whose work post-retirement has impacted tens of thousands of at-risk youth and elders. More details and RSVP info here.


Syndicated from NationSwell, a new digital media company focused on high-quality stories about American renewal — about the new innovators, pioneers, and builders who are doing the most creative and impactful things to move America forward.

The law of love could be best understood and learned through little children.
Mahatma Gandhi