How You Can Find the Good in a Nasty Election Cycle

Do you believe that people are basically good? 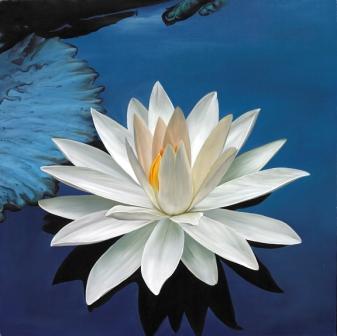 For many of us, this election is making that a tougher question than it used to be.

I teach and study compassion. I see the good in others for a living. In fact, you could say that both my professional niche and my greatest personal refuge is “finding the good.” And yet, this election is testing my capacity to trust in basic goodness.

I’m not alone in this struggle. It seems as though everyone I talk to has a story about a low point in this election cycle. Many of them are feeling moral distress—that potent combination of moral outrage, worrying about harm that may be done, and feeling powerless to do anything about it.

For some, the low point was watching one of the debates. For others, warnings of a rigged election. For me, it was a video from the New York Times called “Unfiltered Voices from Donald Trump’s Crowds.” I watched fellow Americans shout [...] Each outburst [derogatory comments about minorities and the other candidate] seemed to be a euphoric release, as if the speaker were setting free some previously suppressed self to say, “Here’s who I really am!”

People aren’t just frustrated, irritated, or anxious about whether their candidate is going to win. More than anything else, this election is eroding social trust. As one of my colleagues put it, there’s a “degradation of our collective sense of common humanity.” More than one person has told me that as offensive memes flooded their Facebook feeds, they were left unsure of who their “friends” really were. Even faith in our democratic system has collapsed. According to a Politico poll, thirty percent of voters are not confident that their vote will be counted. The loss of trust doesn’t extend just to other Americans. I’ve heard from many students and friends who have lost trust in themselves, alarmed by the depths of their own rage, judgment, and disgust. The election has revealed a side of themselves they don’t recognize, leaving their own basic goodness in doubt.

I can’t help but wonder: Is it possible that this is who we really are?

Of course, you don’t need me to tell you that this is a stressful election. According to a Harris poll conducted for the American Psychological Association, 52 percent of American adults say that the presidential election is a very or somewhat significant source of stress. For registered voters, that number is even higher—55 percent of registered Democrats and 59 percent of Republicans. No demographic seems to be spared, with all ages, genders, races, and ethnicities reporting high levels of election stress.

While I’ve seen these statistics cited by others, most commentaries treat election stress like ordinary, everyday stress. The American Psychological Association recommends turning off the news and avoiding political conversations that might be stressful. A psychologist quoted in the New York Times advised readers to distract themselves by binge-watching comedies on Netflix. The Washington Post pointed readers to emergency election meditations that will help you breathe through your angst if you get triggered by a Facebook post.

This kind of advice isn’t bad if you’re seeking temporary stress relief. But what if your goal is not just to feel better, but to keep your faith in humanity strong? What if your anxiety isn’t just about you alone, but the well-being of everyone around you?

Because let’s be clear: The stress we’re feeling about this election can have profound effects on our individual and collective well-being. Psychologist Michael Poulin, director of the Stress, Coping, and Prosocial Engagement lab at the University at Buffalo, NY, has studied the effect of social trust and mistrust on physical and mental well-being. In one 2015 study of adults in 87 countries, agreeing with the statement “Most people can be trusted” was consistently linked to greater life satisfaction, happiness, and health. In contrast, mistrust was universally linked to distress and poor health.

UCLA stress researcher Steve Cole has found that social trust can even affect mental and physical health through changes in gene expression. People’s responses to statements like “People are basically good” and “Our society is a good place, or is becoming a better place, for all people” are linked to genetic profiles that can either protect against, or increase the risk of, everything from depression to heart disease. As social trust goes down, proinflammatory genes become upregulated, and risk goes up. This election may be changing us at a cellular level, creating what Cole calls a “molecular memory” of moral distress.

Moral distress is no ordinary stress, and preserving social trust requires more than just taking a bath, watching comedies, or even meditating. Rather than turn to the usual stress-reduction strategies of distraction and self-soothing, it’s important to recognize what makes this election’s stress so toxic—and what we can do to turn that poison into good medicine. For ourselves, and for others.

This requires more than mindfulness. It calls for heartfulness—the courage to stay engaged, with an open heart and a determination to hold onto your faith in what connects us. In this spirit, I offer three strategies for transforming moral distress into moral courage, moral elevation, and compassion.

Joshua Greene explains how to close the gap between "us" and "them."

Find out how to talk with your kids about Donald Trump.

Learn about what research into power tells us about Hillary Clinton.

Jeremy Adam Smith explains how science helps us find the good in ourselves and humanity.

Kelly McGonigal reveals how stress can bring people together.

Think about what matters most to you in this election. Then, if you are eligible, vote. Vote whether you think your individual vote matters or not. Vote strategically, vote your conscience, split your ticket—vote in whatever way allows you to say, and know, that you did your part. Find something on that ballot that you feel good about saying yes to.

Do not fall prey to what compassion researchers call “psuedoinefficacy”—the sense that because you can’t do everything by yourself, that nothing you do matters. Nobody’s individual vote matters. That’s not how voting works. Your vote matters as part of a collective. Ask yourself, “What if nobody like me, who cares about what I care about, voted in this election?” If you don’t like the answer to that question, vote. If you aren’t eligible to vote, volunteer.

Now extend this mindset of collective participation to any action you can take that is in line with your deeply held values. You don’t have to do it all. As you take committed action, look around. Notice that you are not alone. This is bigger than you. And also, it needs you. This is how you practice moral courage.

2. Look for the good

Are there destructive forces as well as virtue in all of us? Yes, of course. That’s the complexity of human nature. But this election has obscured the latter while highlighting the former. For your mental health, you need to restore some balance. One antidote to moral distress is moral elevation: witnessing the good in others.

How do you find the good? One resource I’ve turned to is NPR’s Storycorps. Since the summer, they’ve been sharing a weekly series of audio and video stories called #WhoWeAre. As Storycorps describes it, #WhoWeAre is “a series of real-life stories told by everyday Americans that speak to our best selves. Stories that amplify love over hate and empathy over fear. Stories that build bridges of understanding between people and help us recognize our shared humanity.”

Research shows that stories like this don’t just make us feel better—they also help us feel awe, gratitude, and self-transcendence. One 2015 study found that watching a video that inspired moral elevation increased feelings of common humanity and connection to others, including members of so-called “out groups.” Another study found that for people suffering from depression, moral elevation increased their hope and reduced their sadness, anxiety, and loneliness.

How else can you give yourself the good medicine of moral elevation? In everyday life, look for, notice, and appreciate acts of virtue. Make it a goal to witness compassion, character, and courage. When you do, savor the feeling of being uplifted. Be present for the experience. Let it soak into your cells and remind your DNA that there is good in the world. Tell the story to someone else, so that it might inspire them.

Discover how to cultivate a sense of shared identity.

Look for ways to make an immediate difference in your community. Be the source point of what you want to see in the world. Do it for yourself and the satisfaction you feel when you help others thrive. But also do it for others who are in desperate need of moral elevation themselves. Your impact may be far greater than you imagine.

I’m currently teaching a Science of Compassion course, and last week’s assignment was to share a story of a time you received or witnessed compassion. One thing that struck me, as I read story after story, is how much opportunity there is in everyday life to change someone else’s experience with relatively little investment. Doing so can hold meaning for that person far beyond what we would imagine when we made the gesture.

Some of my students shared stories from decades ago. The acts of kindness were so small, they might barely have registered in the do-gooder’s consciousness. One such story involved nothing more than letting a young woman skip the line for a restroom. Another example was a driver who slowed down to ask a stranger if she was OK after falling on the sidewalk. One student described having an upsetting cell phone conversation while waiting for a train. After he hung up, a stranger boarding the train said to him, “I really hope your day gets better.” Students wrote about how they would recall experiences like these when they wanted to restore their faith in humanity, or feel renewed by strength and hope.

I’m also in the middle of teaching an eight-week compassion meditation course at Stanford Hospital, and next week’s lesson is on common humanity. The meditation practice we’ll be learning is simple: Contemplate the human being or group who is triggering your judgment, disgust, anger, fear, or contempt, and remind yourself, “Just like me, this person wishes to be happy and free from suffering. In this way, we are no different.”

If you’ve been distressed by this election, remember that you aren’t alone. There are countless others who also feel that despair. When you remember this, decide to be the antidote to someone else’s moral distress. In ways you may never know, your small acts of kindness could reverberate in the lives of others long past this election cycle.

A good traveler has no fixed plans, and is not intent on arriving.
Lao Tzu