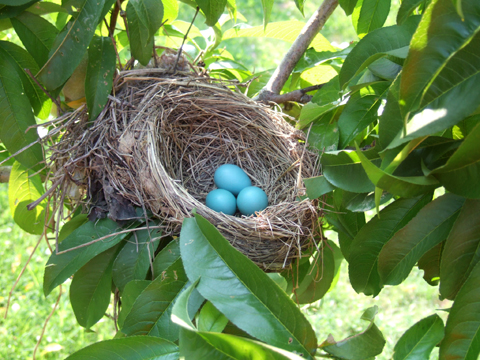 “We are inviting a dozen writers such as yourself to meditate upon something they have stolen and upon the motives and consequences of this act, and to share their insights with our readers.”

Well, I confess, I got caught.  And now I stand convicted.  At first, that invitation seemed harmless enough: Parabola is planning an issue on “theft:”  “We are inviting a dozen writers such as yourself to meditate upon something they have stolen and upon the motives and consequences of this act, and to share their insights with our readers.”  Fair enough.  I glanced at the deadline, glanced at my calendar, carefully avoided glancing at stacks of unanswered mail, and decided to accept the invitation.  Writing about myself does not normally attract me.  It feels a bit too much like a psychological strip-tease.  Yet, as one monk who has never yet been pilloried in a “thieves gallery” I found the challenge appealing.

Memories began to rise.  Childhood memories at first.  The hazel bushes on the hill.  The oath I had to swear to my mystagogue, barely a year ahead of my five, only to look and never, never to touch.  And then that nest.  One egg.  Never has there been a more mesmerizing blue than the blue of that single robin’s egg.  It still electrifies my memory.  By going there again, I broke another solemn oath, never to visit the secret spot by myself.  At dusk I stole back.  I never intended to steal the magic object.  But I was spellbound.  At the slightest touch the egg-shell caved in between my forefinger and my thumb.  In that very instant the mother bird darted through the branches.  Her shriek still pierces my bones and I want to wipe my sticky fingers again and again.

Stealing in wartime was a far more pragmatic matter.  Motives and consequences were plain.  You stole because you were hungry.  If you were lucky you got away with it; if not they shot you dead.  It was clear-cut, yet, not without humor at times.  Looking back, it is easier than it was then to laugh about that one hundred pound sack my brother and I stole from a warehouse.  What visions we had as we lugged our booty home through the deserted streets.  We could almost smell the loaves and loaves of bread which one hundred pounds of flour would yield.  What space flights of culinary inventiveness we engaged in when our flour turned out to be laundry starch!  But broiled or braised, boiled, roasted, or fried, the starch remained starch.

And when I sing, I remember, remember.  I had not caused that horror, but I took advantage of it.

Stealing the book was different.  It sprang from different motives, had different consequences.  This, too, is a wartime memory.  Bombs had devastated Vienna.  After checking on a friend’s apartment and finding it destroyed, I walked through a hole in the wall to explore the neighboring ruins.  Bombs had split the house in half.  What had once been a music teacher’s treasured library lay in shambles.  Plaster and shattered glass half-buried the bookshelves.  A brick had landed in the belly of a mandolin.  I started dusting off spines, reading titles.  The book I liked best, I took.  I do not know if the owner survived the bombing of that house.  But thirty-eight years later this book is still with me, now in a hermit’s cell seven thousand miles from where I stole it.  In all these years I’ve learned, I hope, “not to take what is not given.”  But what do you do with stolen goods which you cannot return?  It’s a song book.  And just the other night I sang from it.  And when I sing, I remember, remember.  I had not caused that horror, but I took advantage of it.  My love of beauty and music merely underscores that fact.  Thus, I know myself to be brother to that superintendent of a concentration camp who used to sit at his grand piano playing Beethoven sonatas at night after his job was finished.

Well, these memories of my thefts would make suitable copy, I was sure.  And I felt at ease because all this was safely distant in the past.  Or so I thought, up to the moment when I had sealed my letter of acceptance to Parabola.  That’s when I got caught, and by my own device.

To explain what happened, I must mention that I have come to be intrigued by rubber stamps.  People with cars are voicing their convictions via bumper stickers these days — anything from “Jesus saves” to “I’d rather be skinny-dipping.”  In fact, when our monastic community was trying to get settled in Maine, we stole a slogan from a candidate for Congress.  After Mr. Monks was defeated, and only then, we used his bumper stickers that read appropriately, “Monks for Maine.”  Since then I have found that a rubber stamp will do for the unmotorized among us.  Citizens on wheels won’t steal a march on us pedestrians.  Slogans stamped on envelopes will turn the U.S. Mail into a public forum, just as bumper stickers turned the U.S. highway system into one.  Besides, rubber stamps are cheaper than automobiles.  And so, having licked my letter to Parabola, I pressed my $3.50 rubber stamps on it, as I do with all outgoing mail.  But, attuned to the topic of thievery as I was, I suddenly read the two-line slogan as if I had never seen it before:

MONEY SPENT ON ARMS
IS STOLEN FROM THE POOR

And there they were, rising up in my memory.  Children with bloated bellies and spindly limbs, their eyes burning with the dark fire of hunger.  Thousands of pairs of eyes.  Half forgotten statistics came to mind.  41,000 persons starve to death every single day.  More than a dozen of our State capitals have populations far smaller than that.  As if day after day a city larger than Annapolis, Maryland, Helena, Montana, or Jefferson City, Missouri, were wiped off the map by starvation.  And yet, two weeks of the world’s military expenditure would suffice to adequately feed every man, woman, and child on our planet for a whole year.  Only for two out of fifty-two weeks we’d have to suspend our arms race madness.  The slogan on my rubber stamp is a quote from Pope Paul VI.  President Eisenhower had said it decades earlier: “Every warship launched, every missile fired is, in the last analysis, a theft from the poor.”

If enough of us wake up, we’ll face the problem together and together find creative ways to do more than treat symptoms.

Most of those who starve to death are children.  The cries of their mothers are more piercing than a mother bird’s cries.  I have experienced how gladly one braves death for stealing if the alternative is death from starvation.  Whole nations ravaged by hunger may experience the same.  Their exploiters know that.  This is why we live in a world in which rich nations arm themselves against the poor ones.  We may not have caused this horror, but we are all taking advantage of it here in the northern hemisphere.  Aren’t we?

Forgive me.  If this “Thieves Gallery” was meant to be a gently amusing affair, my self-searching may end up spoiling the fun.  I apologize.  But watch out!  Your own bumper sticker may get to you one day and wake you up.  Maybe that is where new hope begins.  If enough of us wake up, we’ll face the problem together and together find creative ways to do more than treat symptoms.  We must tackle causes.  The whole system needs an overhaul.  For a start, we might even try to make our democracies democratic.  Structures we take for granted may need to be changed.  Again I apologize.  But I cannot hide from the eyes of those children whose food I am stealing.  I stand convicted.

Syndicated with permission from Gratefulness.org A worldwide network dedicated to gratefulness as the core inspiration for personal change, international cooperation, and sustainable activism in areas of universal concern.

Laughter is the shortest distance between two people.
Victor Borge