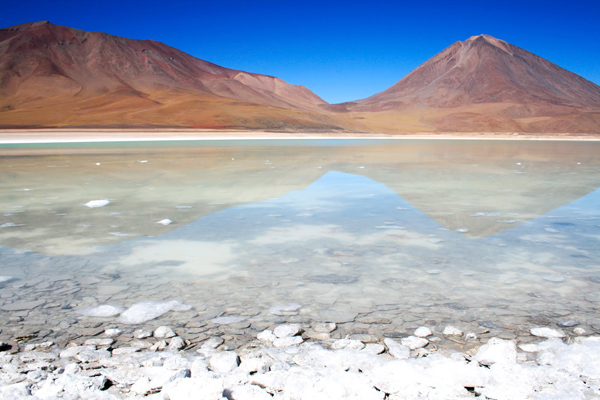 Bolivia’s Law of Mother Earth (“Ley de Derechos de La Madre Tierra”) holds the land as sacred and holds it as a living system with rights to be protected from exploitation.

The law, which was passed by Bolivia’s Plurinational Legislative Assembly in November 2010 is part of a complete restructuring of the Bolivian legal system following a change of constitution in 2009.

It has been heavily influenced by a resurgent indigenous Andean spiritual world view which places the environment and the earth deity known as the Pachamama at the centre of all life. Humans are considered equal to all other entities.

In accordance with the philosophy of Pachamama, it states, “She is sacred, fertile and the source of life that feeds and cares for all living beings in her womb. She is in permanent balance, harmony and communication with the cosmos. She is comprised of all ecosystems and living beings, and their self-organisation.”

The passing of The Law of Mother Earth has established 11 new rights for nature. They include: the right to life and to exist; the right to continue vital cycles and processes free from human alteration; the right to pure water and clean air; the right to balance; the right not to be polluted; and the right to not have cellular structure modified or genetically altered.

Controversially, it will also enshrine the right of nature “to not be affected by mega-infrastructure and development projects that affect the balance of ecosystems and the local inhabitant communities”.

“It makes world history. Earth is the mother of all,” said Vice-President Alvaro García Linera. “It establishes a new relationship between man and nature, the harmony of which must be preserved as a guarantee of its regeneration.”

The passing of such a law is a landmark move from a nation that has long suffered from serious environmental problems and from the mining of its raw materials including tin, silver and gold.

According to the Guardian, Choquehuanca said: “Our grandparents taught us that we belong to a big family of plants and animals. We believe that everything in the planet forms part of a big family. We indigenous people can contribute to solving the energy, climate, food and financial crises with our values,” he said.

The law enumerates seven specific rights to which Mother Earth and her constituent life systems, including human communities, are entitled to:

To life: It is the right to the maintenance of the integrity of life systems and natural processes which sustain them, as well as the capacities and conditions for their renewal

To the Diversity of Life: It is the right to the preservation of the differentiation and variety of the beings that comprise Mother Earth, without being genetically altered, nor artificially modified in their structure, in such a manner that threatens their existence, functioning and future potential

To water: It is the right of the preservation of the quality and composition of water to sustain life systems and their protection with regards to contamination, for renewal of the life of Mother Earth and all its components

To clean air: It is the right of the preservation of the quality and composition of air to sustain life systems and their protection with regards to contamination, for renewal of the life of Mother Earth and all its components

To equilibrium: It is the right to maintenance or restoration of the inter-relation, interdependence, ability to complement and functionality of the components of Mother Earth, in a balanced manner for the continuation of its cycles and the renewal of its vital processes

To restoration: It is the right to the effective and opportune restoration of life systems affected by direct or indirect human activities

To live free of contamination: It is the right for preservation of Mother Earth and any of its components with regards to toxic and radioactive waste generated by human activities

Republished with permission. This article originally appeared on Salt.  Salt is a platform for Positive Change Agents. Its goal is to make the world a better place by promoting compassionate business practices.

The education of attention would be an education par excellence.
William James