This Woman's Novel Approach To Poverty Relief Is A Game-Changer 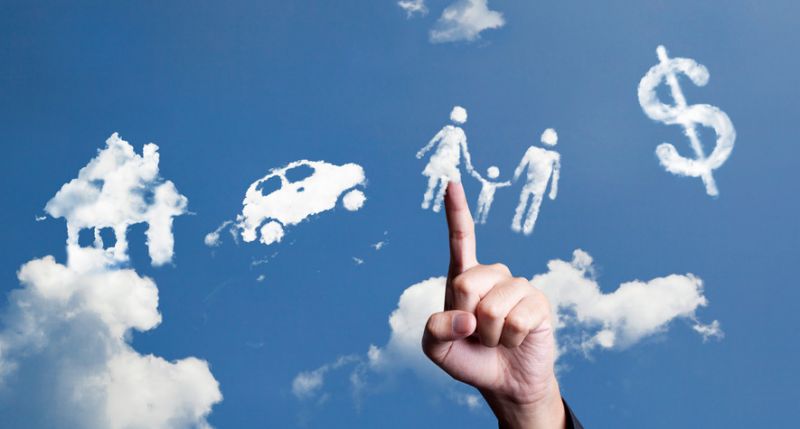 It was a 344-page book that set Sherry Riva on the path to launching Compass Working Capital, a nonprofit that provides financial services to struggling families, in 2005. “Assets and the Poor,” by Michael Sherraden, argued that poverty is a problem of wealth, not just income, and its message resonated with Riva, who had already logged a decade working with low-income women and their families.

“If you think income is the problem, then your solutions are income-based,” says the Boston-based entrepreneur. But social safety nets like welfare, food stamps and housing subsidies don’t help families build wealth. In fact, many programs geared toward those with low incomes essentially forbid them to have money in the bank, keeping them from saving, Riva says.

This new way of thinking about poverty became the blueprint for Compass Working Capital. The organization’s mission is to help struggling families build the savings and the skills they need to climb out of poverty. Compass’s programs combine financial education and coaching, with incentives for saving. The asset-based approach works: 60 percent of families in the flagship program have increased their incomes by an average of $11,000 a year, and 81 percent have seen their savings rise to an average of $2,500.

In a country where 62 percent of people count less than $1,000 in savings, that’s an impressive achievement.

Riva has been preparing for this work her whole life. Raised as a Catholic, it wasn’t until she got to college that she started to learn about the rich tradition of social justice work among the faithful. As an undergraduate at Princeton University, Riva worked with the philosopher and social critic Cornel West, and read up on the Catholic feminist activist Dorothy Day. Later, she studied American Catholics’ role in welfare reform at Trinity College in Dublin. “My own spiritual journey has been about tapping into the pursuit of social justice as a core part of my faith,” says Riva.

After earning graduate degrees from Trinity and the Kennedy School of Government at Harvard, Riva relocated to Seattle, where she worked in direct-service organizations, including as the director of a women’s shelter.

“It was a really entrepreneurial job, because it was so under-resourced,” she says of running the multisite shelter. “That experience positioned me well, but I had no idea what it would be like to start an organization.” That’s not to say Riva has regrets. “I’ve really enjoyed being an entrepreneur. Sometimes it’s exhausting, but fundamentally it is a creative, problem-solving, gritty, passionate, give-it-your-all kind of endeavor.”

Compass began with a group of 10 families at a charter school in Roxbury, Mass. “We saw early on that families were engaged,” Riva says. The initial results showed not only that the program was helping them achieve important financial goals, but that it also was changing their mindsets.

Today, Compass has the distinction of being the first nonprofit to create an asset-building model, for a federal housing initiative known as the Family Self-Sufficiency (FSS) program. Public housing mandates that families pay 30 percent of their income toward rent. FSS, meanwhile, allows — and encourages — those in subsidized housing to put any extra money they make into a savings account rather than upping their rent contributions. Compass’s program combines that savings incentive with financial coaching to help families accumulate wealth and assets.

It’s a model that can help families move out of poverty and build savings, which in turn helps them become homeowners and send their kids to college. “The FSS program has provided us with a really big market to do it,” says Riva. Across the U.S., 5 million families live in subsidized housing. Right now, Compass is sharing its model and experience with partners around the country. “Our hope is to help shape policy,” says Riva, who’s currently completing a Social Impact Fellowship with GLG, a membership-based learning platform, to help grow her company’s reach. Through her work with GLG, Riva has focused on plans for national expansion, positioning her organization for growth, and developing data security infrastructure to support key constituencies.

Riva points to one Compass client as a prime example of that vision in action. Vilmarys Cintron was raising her daughters in the very same public housing complex she’d grown up in. But after graduating from the Compass program, she was able to buy her own home and start a daycare business. “The day that Vilmarys moved out of public housing, we received several calls from other people in her development asking, ‘What’s the program that Vilmarys did, and how can I get in?’” Riva says.

If Riva and Compass succeed in spreading their successful model around the country, there will no doubt be millions more stories like Cintron’s.

Syndicated from NationSwell, a new digital media company focused on high-quality stories about American renewal — about the new innovators, pioneers, and builders who are doing the most creative and impactful things to move America forward.

I don't know what my path is yet. I'm just walking on it.
Olivia Newton-John

We've sent daily emails for over 16 years, without any ads. Join a community of 242,654 by entering your email below.