Charles Halpern (left, foreground) leads a Qigong exercise at a retreat for 75 lawyers at the Spirit Rock Meditation Center in California.Richard Boswell Halpern delivering a talk on the ethical obligations of lawyers at that same meditation retreat.Richard Boswell

Charles Halpern will share more about his inspiring work and journey on this Saturday's Awakin call. Details and RSVP info here.

This article is printed here with permission. It originally appeared in Greater Good, the online magazine of the Greater Good Science Center (GGSC). Based at UC Berkeley, the GGSC studies the psychology, sociology, and neuroscience of well-being, and teaches skills that foster a thriving, resilient, and compassionate society. Charles Halpern, JD, is currently a lecturer at the University of California, Berkeley School of Law, where he teaches its course on law and meditation. He is also the author of Making Waves and Riding the Currents: Activism and the Practice of Wisdom. 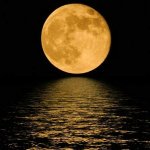