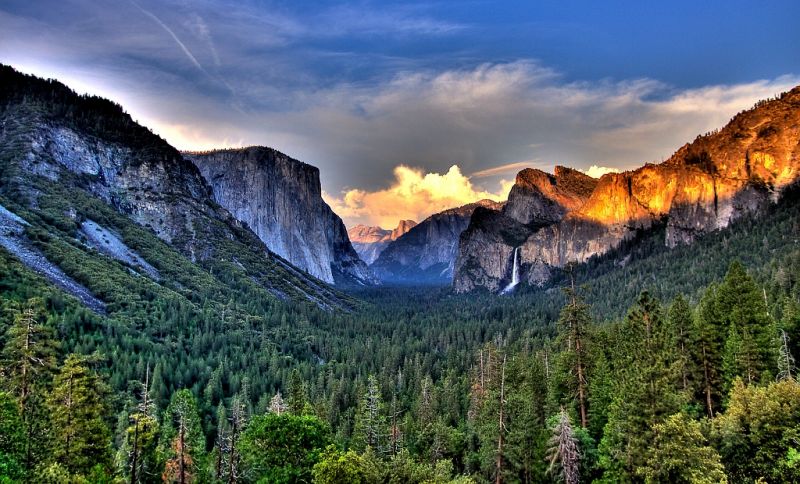 Muir sat alone in an oak wood on the shore of the Ohio River, a pocket map spread in front of him, his forefinger tracing an arc through the deep South of Kentucky, Tennessee, North Carolina and Georgia, and finally pausing along the Florida Gulf coast a thousand miles away. He planned to walk there.

A lover of wild nature, Muir had long fantasized about visiting Florida, the “land of flowers” as he called it in his journal, and from there board a ship to South America. His immediate plan was to take the wildest and “least trodden” path he could find. “Folding my map,” he wrote, “I shouldered my little bag and plant press and strode away among the old Kentucky oaks.”

A self-taught mechanical genius and trained botanist, Muir had been offered a lucrative partnership in an Indianapolis machine works and had been tempted to accept it, but at the risk of abandoning his lifelong dream of exploring the wilds of the Southern hemisphere. Only the clarity drawn from an accident six months earlier that had nearly blinded him had given him the resolve to abandon convention, renounce the prospect of wealth and success, and go “wholehearted and unafraid” into the American wilderness.

Along with his plant press, he took with him a botany text, Milton’s “Paradise Lost,” a Bible, and a journal that would serve both as field log for botanical observations and a record of his immersion in a “Godful wilderness.” He called his journey a “floral pilgrimage”—a fusion of field study and sacred mission during which he encountered “God’s wilds” as both naturalist and seeker. “I bade adieu to mechanical inventions,” he wrote about this decisive moment, “determined to devote the rest of my life to the study of the inventions of God.”

While Muir took immense delight in the natural beauty he found in the untamed wilds he passed through on his way to Florida, he was unprepared for the darkness, social isolation and outright enmity he experienced as a northerner passing through the “war ruined” landscapes of the deep South two years after the end of the Civil War—including walking inadvertently along the actual route taken by General William Sherman on his scorched-earth campaign through the Georgia heartland. On reaching Florida he was deeply distressed to find a “vine-tied,” almost impenetrable swampland instead of the “flower garden” that had long stirred his imagination.

A malarial fever overtook him in Cedar Keys, and would have killed him had not a friendly family nursed him back to health. After a three month convalescence, Muir sailed for Cuba, New York and then, in April, 1868, to California, where he worked as a day laborer and shepherd in the Sierra foothills in order to save enough money to continue his journey to South America.

But he lingered, tending a flock of sheep in the Sierra foothills at Twenty Hill Hollow through the winter of 1868, exhilarated by the unexpected beauty of the California spring (“Here, Here is Florida!”). One day, with the hills erupting with new plant life, Muir had an experience of the Hollow suddenly overflowing with sunlight “of an unspeakable richness,” as though “pouring from a fountain.” Transported in a momentary rapture, he felt himself merging with the land and with the light. “You cannot feel yourself,” he wrote later of the incident. “Presently you lose consciousness of your own separate existence; you blend with the landscape, and become part and parcel of nature.”

In June, Muir accepted an opportunity to accompany a flock of 2,500 sheep into the Sierra high country for summer grazing, having been assured that he would have ample time to explore, botanize, sketch and write. As the flock “nibbled” its way into the high alpine meadows above the north rim of Yosemite Valley, he became increasingly absorbed in the natural beauty he encountered there. “Oh, these vast, calm, measureless mountain days,” Muir wrote in his journal in June, “Days in whose light everything seems equally divine, opening a thousand windows to show us God.”

Determined to place himself on a permanent basis in the Sierras, Muir found work in a small lumber mill in Yosemite and built himself a cabin at the base of Yosemite Falls. The valley would serve as his home base for the next four years, allowing him to go on extended excursions into the alpine regions of theMerced and Tuolumne River watersheds where he could immerse himself in the landscape and blend his unusually acute empirical eye with visionary insights.

Sometimes he would sit for hours on a granite overlook, sketching or journaling, until he became rapt in communion with the “divine wildness” of the Sierra landscapes. “I don’t know anything of time, and very little of space,” he wrote to a friend from the Valley while still working at the mill. “I have spent every Sabbath for the last two months in the spirit world . . . diffused evenly throughout my whole substance.”

As the years passed Muir became more and more a man of the wild, his hair unkempt, his eyes rapt with an intensity that made him appear to the tourists he met as more Old Testament prophet than naturalist. In fact, the wilderness had become for Muir a “divine manuscript” as revelatory of the sacred as the Bible itself. “Every natural object is a conductor of divinity,” he wrote, “and only by coming into contact with them…may we be filled with the Holy Ghost.”

However, his friends were worried. Muir’s siblings pleaded with him to abandon his “clouds and flowers” for more practical pursuits. "You must be social John,"Jeanne Carr, a transcendentalist friend and spiritual mentor had written him, trying to coax him to leave the mountains and re-enter public life. “I could envy you your solitude, but there may be too much of it.” Carr felt strongly that Muir had a singular gift for carrying the transcendentalist vision of a sacred nature to a wider public, a vision she believed could help to dismantle the industrial consensus that saw nature only as a commercial resource to be exploited.

But Muir was now spending long weeks alone in the high country, often in the regions above the timberline where, he wrote, “spirit is more thinly clothed.” He would not listen to Carr or his siblings or even to Ralph Waldo Emerson who visited Muir in Yosemite and entreated him to “be done with the mountains” and go east to teach in colleges. “Although there is no common human reason why I should not see you and civilization in Oakland,” Muir wrote finally to Carr, “I cannot escape from the powers of the mountains.”

Nonetheless in 1873, at Carr’s insistence, Muir spent several months in Oakland writing a series of studies of the Sierras that appeared in newspapers and magazines in California and on the East Coast. A seminal abstract on Sierra glaciation was published as part of the 1874 Proceedings of the American Association for the Advancement of Science. But the coarse food, unrelieved clamor and “unmixed materialism” of city life grated on his sensibilities.

One day Muir suddenly fled back to his home in Yosemite, even running part of the way, only to find that the deep spiritual rapport he enjoyed with the landscape now eluded him, dimmed by his immersion in the city. “No one of the rocks seems to call me now,” he wrote to Carr shortly after his arrival in the Valley, “nor any of the distant mountains.” “Surely,” he concluded, “this Merced and Tuolumne chapter of my life is done.”

Muir moved to Oakland permanently in 1875 in order to take up journalism. His pilgrimage had ended, and the long, unbroken communion with his “warm God” was over. But from out of the crucible of that long, taxing and sometimes unsettling journey through wilderness landscapes “steeped with God” Muir had found his calling: if Americans could come to share his passion for wilderness, he believed, they would support its conservation and protection.

“I care to live only to entice people to look at Nature’s loveliness,” he wrote to Carr when he made the agonizing decision to leave his Yosemite home and enter public life. “Heaven knows that John the Baptist was not more eager to get all his fellow sinners into the Jordan than I to baptize all of mine in the beauty of God's mountains.”

Muir succeeded beyond his wildest imaginings. His many travel articles and almost a dozen books were widely read and helped to generate a groundswell of public opinion in favor of conservation. In his fifties, Muir developed a talent for political advocacy and during the last quarter of the century, he inspired and collaborated with some of the nation’s leading intellectuals, financiers, reformers and policy makers, including presidents Roosevelt and Taft, to lobby Congress to establish the nation’s first national parks, including his beloved Yosemite. With little more than his pen and his inexhaustible passion for “divine wildness,” Muir helped reverse the industrialized West’s unbridled exploitation of nature, while setting in motion what would become the modern conservation movement.

In 1892 he founded the Sierra Club to advocate for the cause of conservation—the first organization of its kind—and served as its president until his death in 1914. Since his passing, 6600 federal and state parks have been established in the USA, while more than one hundred million acres of America’s wetlands and forests, deserts, and mountains have been set aside as wilderness areas for the enjoyment, health, and—decidedly for Muir—the spiritual well-being of the public. His story stands as one of the best examples of an individual’s spiritual awakening becoming a catalyst for social change.

“Not like my taking the veil—no solemn abjuration of the world,” he later reflected on his journey. “I only went out for a walk, and finally concluded to stay out till sundown, for going out, I found, was really going in.”

This article originally appeared in the Transformation section of OpenDemocracy. It is republished here with permission. Tim Flinders is the author of several books and lectures on mysticism and contemplative spirituality at Holy Names University in Oakland, California

When making your choice in life, do not neglect to live.
Samuel Johnson