Welcome to the Human Race

“Welcome to the Human Race” an Interview with Parker J. Palmer on the topic of depression 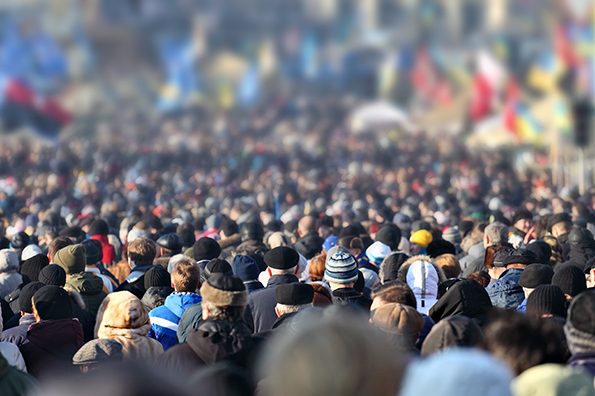 Excerpted from Darkness Before Dawn: Redefining the Journey through Depression, April 2015, Sounds True.

This experience called “depression” is isolating to a greater extent than I imagined could be survivable, but I realize that this incredibly isolating experience ultimately reconnected me with the human community in a deeper, wider, and richer way.

Tami Simon:  Parker, I want to start our conversation by talking about redefining the journey through depression and your experience of navigating through the darkness.

Parker J. Palmer:  I like your emphasis on redefining depression for a couple reasons. As a person who’s suffered three profound experiences of clinical depression—two of them in my forties and one in my mid-sixties—I’m aware of a couple of things. First, at the most basic level, our culture defines depression as something shameful. This angers me because it leads to a situation where millions of people are suffering not only from depression, but live in an aura of shame about it, as if it were evidence of some sort of personal weakness or character flaw. The good news is that recently there has been a more open discussion about depression, which is a sign that we’re moving beyond the taboo state of affairs in which people who experience it are shamed.

Another way we need to redefine depression has to do with the way it has become “medicalized,” which obscures the spiritual dimension of some forms of depression. I do not reject medical approaches, especially with respect to those elements of depression that are tied to genetic makeup and brain chemistry. I’m not against antidepressants categorically—in fact, I’ve personally been helped by them. In the short term, they put a floor under my emotional life so I could gain some clarity as to what was happening within me. My objection has more to do with the fact that many psychiatrists do not engage in talk therapy to help people make meaning of the experience, but simply prescribe drugs as the sole course of treatment. This tendency we have to want to reduce depression to a biological mechanism seems to me misguided and ultimately harmful.

TS:  How were you able to make meaning from your three encounters with depression?

PJP: When I was in depression, making meaning was impossible—it was just an experience to be endured. For me, it’s a mystery as to how people survive that deep darkness. I’ve come, over the years, to say that depression is not so much like being lost in the dark as it is like becoming the dark. In the depths of depression you have no capacity to step back out of the darkness, or move a bit away from it, and say, “Oh, look at what’s happening to me. What’s this all about?” When you become the dark rather than being lost in it, you don’t have a self that is other than the darkness. Therefore, you can’t get perspective and try to make meaning of it.

I often hear people say, “I don’t understand why so-and-so committed suicide.” Well, I understand why this happens, I think. Depression is absolutely exhausting when you’re in the depths of it, and people who commit suicide often, to put it simply, need the rest. The mystery to me is why some people come through to the other side and not only survive it, but thrive in the wake of it. I’ve wondered about that question a lot, and I’ve never come to an answer that fully satisfies me. All I can say is that I somehow managed to get through the worst of the worst of times—and every time, it was a very lonely journey. In each case I had some help from the medical side, I had some help from the talk-therapy side, and I had some help from one or two understanding friends who knew how to be present to me in that experience.

Unfortunately, many friends and acquaintances didn’t know how to be present to me. They were scared of me, I believe—they didn’t want to come anywhere near me, as if I had a contagious disease. Or, they offered me well-intended but inadvertently hurtful advice that allowed them to leave their version of a “gift” in my hands—and then get out of the room as quickly as possible. Of course, in this situation, that doesn’t feel like a gift at all, but a rejection, or even a kind of curse. So when people say to me, “I have this friend or relative who’s depressed—what should I do?” I usually respond, “Well, I can’t prescribe in detail, but I can tell you this: do everything in your power to let them know that you’re not afraid of them. Be present to them in a way that expresses faith and confidence that they have what it takes to make it through. Don’t come to them with cheap encouragement of the sort some people tried on me: ‘But, Parker, you’re such a good guy! You’ve helped so many people, you’ve written such good books, you’ve given such good talks. Can’t you fall back on all of that and pull yourself out of this hole?’”

When you hear something like that at a time in your life when you’re feeling like a worm, when you’ve totally lost your sense of self, what you say to yourself is something like this: “I guess I’ve defrauded one more person. If they ever understood that I’m really not a good guy, and that all that stuff I’ve written and said is meaningless, of absolutely no utility now, they would reject me and cast me into the outer darkness.”

Similarly, people came to me and said, “But, Parker, it’s such a beautiful day outside! Why don’t you go out and soak up some sunshine and smell the flowers.” Well intentioned as it may be, this kind of counsel is ultimately more depressing than encouraging. I knew intellectually that it was a beautiful day, and I knew intellectually that those flowers smell perfumed and lovely to other people, but I didn’t have an ounce of capacity in my own body to really experience that beauty or that loveliness. So the encouragement to get outdoors and see how lovely it is turned out to be a depressing reminder of my own incapacity.

Having worked my way through that very lonely journey—where only a few people were able to offer the kind of presence and support that I needed—as I came out to the other side, a couple of things happened that allowed me to start making meaning of the experience. One is that I found myself [to be] a more compassionate person. When you suffer, if you hold it in the right way, in a supple and open heart, you become much more empathetic toward the suffering of others.

Another way to say this is that you become less afraid of other people’s suffering. You’re more willing to be present to it in a faithful, abiding way because you’re no longer treating it as a sort of contagious disease that you too might catch. You’ve been hollowed out by your own suffering, which makes space inside you for the suffering of other people. You’re better able to offer an empathetic presence to them.

In this way, you start to develop a sense of community which, in an odd way, begins to normalize the problem. Empathy born of suffering says to you, “We’re all in this together, and this is part of the human experience.” Since having the experience of depression three times and emerging on the other side, it’s very clear to me that the most important words I can say to someone who comes to me with almost any form of suffering—after I’ve listened to them deeply, after I’ve attended to them profoundly—are, “Welcome to the human race!”

No matter how horrendous their experience, there’s nothing in me that wants to say, “I can’t bear to hear this!” or “How could you ever let such a thing happen?” or “Now you’ve taken yourself to the margins of the human community.” On the contrary, what I want to say is: “Welcome to the human race. Now you enter the company of those who have experienced some of the deepest things a human being can experience.” So you start to make meaning of it, it seems to me, by realizing that this incredibly isolating experience called “depression”—and it’s isolating to a greater extent than I imagined survivable—ultimately reconnects you with the human community in a deeper, wider, and richer way.

A second kind of meaning-making I’d name—after this opening into compassion that depression can help create—is that surviving depression can make you more courageous. After each of my depressions, I noticed that my capacity to put myself in challenging or intimidating situations had grown. For example, if I’m giving a lecture on what’s wrong with medical education to a few thousand medical educators, that would have been a very intimidating experience for me thirty or forty years ago. I would have been operating out of a lot of fear and ego defensiveness. But once you’ve survived depression, you can say to yourself, “What could be more daunting than that? I survived depression, so the challenge in front of me right now doesn’t seem all that fearsome.” Then everyone benefits because when I’m not threatened I’m more likely to speak from a soulful place, not an ego-defensive place—and my message is more likely to be well received, even if it is critical. So that’s another way in which I think you make meaning: depression becomes a benchmark experience against which other things just don’t look so bad. And since we have frequent experiences of facing into things that look pretty tough, that’s a real asset, something of real meaning.

A final way that I’ve come to make meaning out of depression is through sharing the experience as openly as I know how to with others. But before doing this, it’s important that a person’s experience of depression, of becoming the darkness, be well integrated into his or her self-image and self-understanding. If there is any residue of shame or a sense of being personally flawed, then the experience may not be ready to be shared, and it could in fact be unhelpful or even dangerous to do so.

After my first depression, which was in my mid-forties, it took me ten years to feel that it was well integrated enough that I could begin to write and speak about it. Only then did I have the ability to say, “Yes, I am all of the above. I am my darkness and I am my light. I am a guy who spent months cowering in a corner with the shades pulled down, as well as a guy who can get on stage in front of several thousand physicians and deliver some challenging messages. I am all of that, and I don’t need to hide any of it.” It’s my way of saying to myself, “Welcome to the human race! We humans are a very mixed bag—and, Parker, that includes you!” As soon as I was able honestly to say that to myself, I was ready to share my experience in ways that can be healing, therapeutic, and encouraging for others.

This article is syndicated from Center for Courage & Renewal whose mission is to create a more just, compassionate and healthy world by nurturing personal and professional integrity and the courage to act on it. Author Parker J. Palmer, founder and Senior Partner of the Center for Courage & Renewal, is a world-renowned writer, speaker and activist who focuses on issues in education, community, leadership, spirituality and social change.