Home > News > When the Boss Flunked

When the Boss Flunked 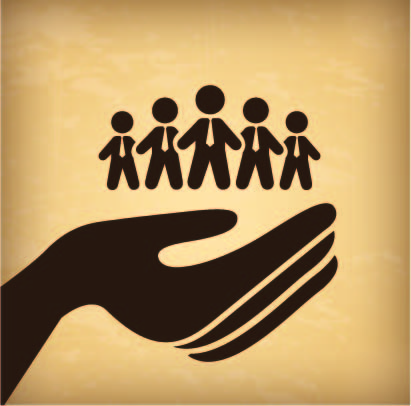 I recently came across an excerpt from the “The Power Paradox” by Dacher Keltner. The paradox, he says, is that whenever any of us find ourselves in a position of leadership, a position where we can make a positive difference for others, “the very experience of having power and privilege [can lead] us to behave, in our worst moments, like impulsive, out-of-control sociopaths.” The way out of the paradox, he says, is using “power that is given to us by others...”

Reflecting on this, I shared the following story at that week’s Awakin Circle I attend in the bay area:

In the early 1990s I was excited to land a job as a principal with a prestigious training and consulting firm in Silicon Valley. We delivered leadership programs to management teams in business and government. We were excited about our work and thought of ourselves as having two agendas. The explicit, obvious one: to help organizations accomplish their mission by improving leadership. The hidden agenda, the one that really motivated us: for people at all levels to transform the way they viewed themselves as leaders, interacted with others, and got things done.

One of my first clients was a nuclear weapons lab.

This was a time, right after the fall of the Berlin Wall and the end of the Cold War, when a lot was changing on the world scene, and a lot was being reevaluated, including America’s defense posture. In the optimism of those times, it seemed that the nuclear arms race might be over. And without an arms race to keep it in business, what was a nuclear weapons lab to do?

The management team had started meeting to try to come up with a strategy. How could they redeploy their people and their teams – all those scientists and engineers and mathematicians – to shift away from developing nuclear weapons to developing other things, like useful commercial products?

The head of the lab, I'll call him Bob, was determined to bring about the needed change. The lab, which was affiliated with the Department of Energy and the Defense Department, was a place where managers were used to giving orders, and expecting people to follow them. So Bob issued the orders that everyone needed to start thinking differently, to get entrepreneurial and to get creative. And guess what? It didn't work!

So Bob called us in to help them think about a different way to do leadership.

We came in and tried a few experiments. One of them was that every manager, every executive, every leader had to have a 360 degree evaluation. Everyone who reported to them, as well as their colleagues and peers, would evaluate them as leaders. Each manager would then receive his or her combined evaluation. And Bob’s team would also evaluate him.

After this was done, they gathered the whole team together -- it was about 100 of the top leaders of one of America's nuclear labs.

Bob stood up and read his evaluation out loud. It was not pretty. There were lots of problems and weaknesses that his team had identified. He had basically flunked. As the 100 top leaders sat there, listening to Bob read his report, the place was absolutely quiet.

Then Bob said, "I'm going to post this outside my office. Then I’ll be getting to work on following these recommendations and changing how I lead. In three months I’ll be asking my direct reports to evaluate me again, and I’ll also post those results, so you can see my progress.”

He continued, “In these times of change, the only way that this organization, and our jobs, have a chance of surviving, is that we need to make some big changes, quickly. You’ve just seen my personal plan for change. Now I look forward to seeing yours.”

Then Bob walked out of the room. No one said a word.

During the next week every manager in the lab posted their own results outside their doors. You could see people stopping in the hall in front of doorways, curious, reading the managers’ evaluations. And the word was out: everyone had decided individually that they, like Bob, would go through the exercise again in another three months.

Something invisible, but very big, was changing. The power to get things done, which used to be top-down, was becoming “power that is given to us by others.” This power was available to everyone. People started wandering out of their offices, talking to each other, laughing more, having fun dreaming up wild and crazy ideas.

Over the course of the next 18 months the lab applied for, and was granted, a record number of patents. They were in areas such as systems for monitoring climate change, energy-efficient mass transportation, life-saving medical device technology.

The transformation in power and leadership in the lab had opened the gates for transforming what its talented members were able to design: from systems that destroy life, to systems that enhance it.

Aryae Coopersmith is the author of Holy Beggars: A Journey from Haight Street to Jerusalem, and the founder of  One World Lights (OWL), a community of global citizens with the shared vision of people everywhere supporting a course change for humanity by supporting each other.

We are all dependent on one another, every soul of us on earth.
George Bernard Shaw

We've sent daily emails for over 16 years, without any ads. Join a community of 246,404 by entering your email below.